The Power of Adjectives

Adjectives are the powerful building blocks of descriptive writing. They add meaning and depth to nouns, helping readers to more fully understand what’s in a writer’s mind. When writing an essay or article, imagine that your reader is blindfolded, wearing earmuffs and completely reliant upon you to describe everything in the piece, because that's pretty close to the actual situation. If you don't mention it and describe it in detail, your reader won't know about it.

Of the following two sentences, which gives a more precise image?

She wore a bikini.

Behold, the power of adjectives.

But, wait: think you've got the full picture? Let's see... 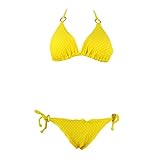 Notice, no adjectives were offered to describe the model wearing this bikini. Never assume your reader will make the same mental connections as you!

Adjectives are words used specifically to modify nouns, which simply means they give nouns enhanced meaning by describing a look, smell, feel, taste or other property which sets the noun apart from other similar nouns.

Adjectives take a basic noun and flesh it out with descriptive meaning to give readers a richer understanding of the content. Adjectives answer the questions, “Which one?” or “What did it look like?” or “What kind was it?” Take, for example, the well-known pangram used for typing practice, reduced down to its basic components without adjectives:

The fox jumps over the dog.

Each reader may picture this scene quite differently. It could be a fluffy white Arctic fox jumping over a Doberman Pinscher or a sleek red fox jumping over a hot dog, for that matter. The data provided is so broad that interpretation is left to the wide imagination of each reader.

But by adding in some adjectives, the sentence takes on new life and can convey precisely what the writer intends:

The quick brown fox jumps over the lazy dog.

With the addition of three little adjectives, a character study has been introduced. It's not just a fox, but a brown fox, and a quick one, at that. Dogs are typically agitated and on alert with the approach of a fox, so how did this fox achieve the feat of jumping over the dog? It's due to the dog's sloth-like nature, revealed in one lone adjective: he is a lazy dog. 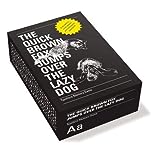 How Are Adjectives Used?

Adjectives can be placed before or after a noun, depending on the sentence structure desired. For example:

That night was long, hot and humid. (long, hot, humid)

Adjectives are used to poetically liven up a description (her sparkling personality), clarify differences (the early bird, as opposed to the night owl), set a mood (the calm, bucolic, serene meadow) and otherwise enrich nouns. Skillful use of adjectives throughout a work will produce a well-rounded piece that more accurately shares the writer’s vision and makes the reading more enjoyable for audiences.

Adjectives add deeper meaning by providing the reader a better picture to form in their mind's eye of the concept or idea discussed in the work. Blatant or subtle nuances of mood can be created with mere sprinklings of adjectives. Imagine the different pictures that can be painted through the use of adjectives. Start off with one, plain sentence:

The castle stood on the hill.

The gray castle stood on the hill.

The cold, gray castle stood on the lonely hill.

The strong castle stood on the hill.

The strong, regal castle stood on the sunny hill.

Oxford American Writer's Thesaurus
When you need more than the simple offerings of an online thesaurus, consult this thesaurus specifically geared for writers.
Buy Now

Make Friends With the Thesaurus

Sometimes, a descriptive term is needed several times throughout a work, but using the same term repeatedly can feel uninspired and tiresome. Here's when the handy dandy thesaurus comes in to save the day.

Say there's a noun that could be described as big. The term big could be used over and over, but that wouldn't add any nuances of meaning. An online thesaurus gives 102 results for other words that communicate the concept of big, including ample, tremendous, vast, bulky and humongous. Each word adds more depth of meaning, as something could be big without being bulky, so the term bulky more completely defines the noun described.

Employing adjectives and consulting the thesaurus for inspiration can help writers add fresh, exciting, insightful, valuable and meaningful content to their works.

More On the Topic

All photos used by license and/or permission