'The Road' by Cormac Mccarthy: What Are We Capable of When Pushed to the Edge? 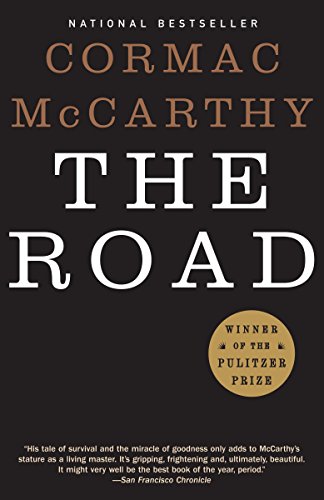 Is 'The Road' an unflinching meditation on the worst and best of which we are capable?

Cormac McCarthy’s The Road portrays a dystopian world in which people are taken to the extremes, and their morality is tested. The novel certainly shows the worst atrocities that people are capable of committing. It shows people who have lost all sense of right and wrong; every ounce of empathy has been stripped away from them. Without empathy, morality has no meaning. McCarthy shows this through his use of language, which often sounds distant and clinical. The lack of emotion describing the ‘mummied dead everywhere’, suggests that people have become desensitised to death after seeing it so much.

Cormac McCarthy shows cannibals committing horrific savagery. The basement scene describes naked men and women with their legs amputated and the stumps ‘blackened and burnt’. They are malnourished and no longer look human. The torture and mutilation is almost incomprehensible. The vivid imagery illustrates how far humanity has sunk. The worst crimes are committed when hope has been abandoned, because there is nothing to lose.

In a dystopia, it is almost oxymoronic to refer to the ‘best’ of something. In the world McCarthy has presented, even the best is far from ideal. Charity is the best humanity can offer, and the boy gives it freely. He shares what little he has with everyone; not only because he is good-hearted, but also because he finds happiness in helping others. Even though it is not logical to offer food that he cannot afford to give away, he does so, eagerly. McCarthy cleverly presents the best of what we are capable in the form of a child. The child is a symbol of innocence; he still sees good in the world. He holds on to hope, therefore is more willing to trust people.

To say The Road is an ‘unflinching’ contrast between the best and the worst is an inaccurate generalization. ‘Unflinching’ suggests a resolute point of view with nothing in between. In a colloquial context, the world is not that black and white. McCarthy does show the best and worst that people are capable of when really tested, but he also shows what the ‘average’ person might resort to. The man says he is ‘carrying the fire’, that he is one of the good guys. He is not a cannibal and is selflessly committed to protecting his son. he is, however, uncharitable to anyone else.

He is unforgiving and quick to react; he sets a man alight with his flare gun without hesitation, and shows no mercy towards a thief. He does not physically harm the thief, but by taking all his clothes, he inadvertently leaves him to freeze to death.

By placing his characters in extreme conditions, McCarthy shows the best and worst that man is capable of. He does this most effectively by demonstrating that inside us, we all have good and bad attributes, and the best can only manifest itself when ‘carrying the fire’.