Set in London in the 1840's, Robert Fortune is a botanist who travels to China to steal tea plants for the East India Company. But he is also on a secret mission to spy on the British Forces. Accompanying him on his journey is Mary, his sister-in-law. She was shamed into leaving the country, which is why she is forced into going to China with Robert.

Robert is married to Mary's sister, who is bringing up Mary's young son. Travelling in and around China will be no easy task. Foreigners are not allowed in China at the time, so Robert and Mary have to disguise themselves as a Mandarin and Manservant for much of the journey. Plus, stealing tea plants holds the death penalty, so they have a lot against them.

At the beginning of the book, Mary and Robert's relationship is strained and difficult. Mary is initially reluctant to go to China, leaving her young son behind. But on her journey she regularly writes letters to her sister. As they travel through China though, Mary and Robert grow closer to each other. There are many obstacles on the way, including battling with pirates at sea and Robert getting a serious fever. The book covers their journey across China and Robert's search for tea plants to take back to England. It is interesting to read how their relationship changes course from one of resentment, on Mary's part at least, to one of fondness and love. Although Mary is initially reluctant to travel to China, she begins to love the people and country. We also see how Mary slowly warms to Robert, and also helps him with making notes of his plant findings and storing information for him. The book is part fact and part fiction. Robert Fortune was a real life plant collector and botanist. Mary Penney, however, is a fictional character.

Set in the 19th Century, this book makes for interesting reading. Not only for what life was like at sea, but also what life was like in China in the 19 Century. I found this book really enjoyable to read. To be honest, I didn't like Robert very much at the beginning. I found him arrogant too, and quick to anger. He came across as a hard and cruel man forcing Mary to accompany him to China. But as the story unravelled, I found myself warming to him. Mary's perception of him had changed from one of resentment and hatred, to one of warmth and fondness.

The book is told through the eyes of Mary. We don't hear too much about his work with the British Forces. But what we do get a beautifully told story of how 2 very different lives are brought together through their expedition through China. I suppose it was a foregone conclusion that these 2 people would end up falling in love with each other. The reason I say that is because for much for the book they were more or less on their own on the ship to China, along with their hired helpers. So I can see how Robert and Mary would have grown closer given the fact that they were both lonely and needed someone. But to be honest, I didn't see this coming at the beginning of the book.

I was recommended this book by a friend as she knows I like history. I probably wouldn't have considered reading this otherwise, but I'm glad I did. I found this an enjoyable and entertaining book to read. The way that Sara wrote about the characters really brought them to live. I got a clear image in my head as to what Robert and Mary looked like - both as themselves and dressed up as Chinese people. As I said earlier, Robert Fortune is based on a real person, but the story and other characters are fictional. I read the Kindle version of this book. I liked how the chapters aren't too long to read. The book is easy to read too. I feel I learned a lot about what Chinese life was like at the time. And I also learned about a few places that they visited and stayed whilst in China. It has certainly broadened my mine, and I will definitely read more of Sara Sheridan's books in the future. 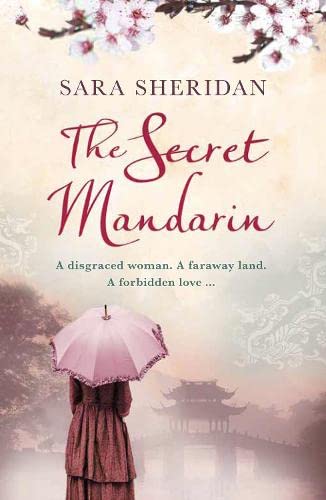