The Story Of Anesthesia

The invention of anesthesia and the touching story behind it

Long long ago when anesthesia was not invented , during operation, people were given nitrous oxide . Even after taking nitrous oxide the process of operation was still painful.

Anesthesia was discovered Dr Crawford Williamson Long. The advent of anesthesia is the boon to the mankind. Anesthesia has relieved people from from the unbearable pain during the operation. But do you know that there is a very touching story behind the invention of anesthesia?

Dr.Long had put in many efforts to invent the anesthesia and finally after many years of hard work and study , the anesthesia was invented. But when he revealed his secret to other scientists, doctors and masses about the power of anesthesia, that it is something which when taken during operation, will not make them realize the pain during the operation but all of them just took his invention as joke and were not ready to believe him.

Now Mr.Long was very confused about how to make people realize that whatever he has discovered is something very genuine. He was also not able to test anesthesia on animals as the degree of pain between humans and animals differs to great extent.

Mr.Long had one son who had 6 fingers on the palm of his one hand instead of 5 fingers. So his son came forward and told his father that his is ready for the operation on his finger so that it will be removed and during the operation his father can give him anesthesia as a result of which he will not even feel the pain.

When the day of operation arrived , all the doctors, scientists and people had gathered in the hospital to check if the new solution invented is really working or not. Dr.Long was very happy that finally the day had come when his invention will be accepted by the world.

The boy was initially given the dose if anesthesia and then operation was performed on his finger. All the people who thought that this invention of Dr.Long was joke, were now astonished that the boy was showing no signs of the pain of operation.

After successful operation and the removal of the 6th finger, Dr.Long was poured upon with the praises for his gift to all the mankind. But then somewhere Dr.Long was feeling very uncomfortable.

After the gathered crowd dispersed, he ran to his son and started crying badly. The reason for his sadness was, after he had given anesthesia to his son's finger, he realized that there was some important solution which was very important potion to form the anesthesia. In all excitement the doctor forgot to mix it and as a result there was no effect of anesthesia on the boy. But in spite of the terrific pain during the operation , the boy did not allow the pain to reflect on his face but instead kept a smiling face.

Dr.Long was in agony. He apologized for his mistake and asked his son what made him remain so calm while there was so deep pain. The boy replied that he had full faith in his father who worked day in day out to make something which was useful to the masses. But then when there was no effect of anesthesia on his hand, he was sure that there must be some mistake with the solution.

Today because the son had full faith in his father and kept quite in spite of the unbearable pain, we need not have to bear the terrific pain during the operation. operations are no longer those experiences like the nightmare and it is because of the person who invented anesthesia and also because of the son who had immense faith on his father. 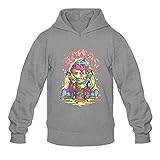