Book Review From Your Libertarian Opinionizer:

“No one can save anyone else from their own beliefs.”

So what do you get when you mix in a novel-full of AynRandistic-like indomitable self-valuing reason-driven individualistic heroes and second-hander collectivist conformist altruistic looter villains?

You get a modern futuristic science fiction techno-thriller of a novel called The Untethered that Objectivists, libertarians, voluntaryists, individualists and freedom fans of all kinds should love.

And you want to write a book review except your problem is that you’re really not very good at writing book reviews.

So what do you do? You go digging through your old folders in your cloud archives until you find “How to write a book review in 10 Easy Steps” that you downloaded from eNotes.com years ago. 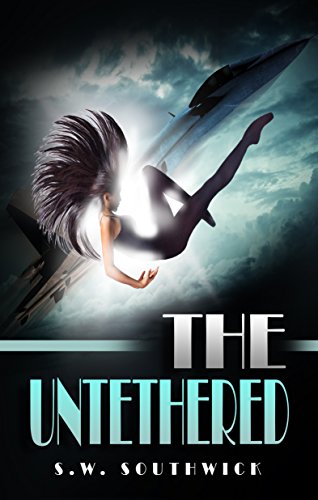 The Untethered
Child welfare director Alexa asked Roble, her relentless delinquent, why he ran away from his latest foster home. “He wouldn’t kick me out like everyone else—so I left.” “Roble, what…what is it you need?” she asked. “I don’t need to hear how scary the world is and how I shouldn’t try anything. I don’t need to know how much suffering there is out there…or how bad I should feel about it. What I need…is to see someone who is still happy after growing up.” An internal storm churned inside Alexa, desperately not wanting to look at her own childhood memories.
Buy Now

How to Write an Untethered Book Review

TITLE: The Untethered
A novel by S.W. Southwick

Step 1 – Don't read the book. The How To says that! “Don’t read the book!” But the author who requested the review described his book as “an Ayn Randian type fiction novel combining elements of advanced fighter jets and individualist freedom (Think Top Gun meets The Fountainhead).” How can you not read the book?

What we get here instead is a character-driven story of driven characters. What we get here isn’t just a book about jet fighter aircraft or Top Gun pilots or The Fountainhead or science fiction but something even more important: self-ownership versus groupthink.

Step 2 – Don't read the book. Okay, okay, so maybe we’re just supposed to hold the book, look at it, feel it, sense it. Must be a Zen thing. Hard to do with a digital book, though.

So while we’re not reading the book let’s just point out that while this review was invited it wasn’t commissioned. The reviewer bought and downloaded the book to his Kindle Cloud Reader with his own PayPal money. No free book to guarantee a positive review.

Step 4 - Read the book. Finally! And while we’re reading do Step five…

a. Explain how the book affected you. It’s a fun, curious, challenging process of discovery. Characters are being thrown at you in rapid succession. There’s the rebellious, defiant, disobedient teenage boy. Is he bad? There’s his loving, caring, deeply concerned children’s advocate. Is she good? There’s his ne’er-do-well motorcycle-riding artist friend always drawing his cartoons instead of pursuing his true obligations. Is he worthless? There are many others, continually challenging our assumptions, our belief systems, our biases.

b. Explain how the author achieved the effects he/she did. Virtually every major and minor character, some obviously and others unexpectedly, is engulfed in a continuous battle between external clashes and internal conflicts that change and define them, all while driving the story forward. Just when we think we have them figured out and identified and catalogued they surprise us and force us to rethink their motives and our own understanding of the world and our purpose in it.

c. Explain the relationship between form and content. If this is confusing to the reader it’s definitely confusing to the not-very-good reviewer. So Googling this we find that “content” is the “what” of any writing while “form” is the “how” of that writing. So this is what seems to be wanted here:

In The Untethered the format is a third person narrative, meaning that the author minimizes his intrusions into the flow—only occasionally describing his characters from his own Randian-influenced viewpoint—but otherwise allowing his characters to tell their stories through their own thoughts and words and actions.

This should satisfy both pro a anti libertarian-voluntaryist-individualist-Randian readers alike since at least these characters, like them or not, are revealing themselves even as they reflect their author’s worldview. (Of course the very title of the book should give away the author’s worldview in the first place. It’s part of the “form,” right?)

d. Explain the function of each character in the novel. The function of every character is to explain and explore different aspects of our relationship with ourselves inside our own minds and with others outside ourselves relative to our physical and social realities. How do we act, why do we act, what determines our actions? Maybe it’s all that zen stuff again. Or better, maybe it explains the how and why of libertarians embracing their non-aggression principle against coercion, intimidation and fraud. When we do that we become free of people who, like the Alexa character in the book, insist that we “learn to think of others first and listen to authority.”

This is true of both America’s left and right belief systems; the only difference is who gets to impose their own authority on everyone else.

Another quote Alexa learned from her father: “One should never go after one’s passions if it’s against the will of society, as it only leads to personal suffering and tragedy.”

e. Explain the characters' relationships to one another. In one way or another, in circumstances that seem totally unrelated in the beginning, they’re all drawn together by the main character’s relentless drive to design and build the single greatest jet fighter aircraft in history.

But that’s their theoretical relationship. The literary relationship of the first four characters introduced to us is:

Robles Santos, since early childhood, is driven by (obsessed with?) a desire to build his ultimate jet. He studies science and technology almost exclusively while ignoring anything that doesn’t relate to his dream. He’s an orphan, assigned to and ejected from one foster home after another for his strong-willed attitude.

Alexa Patra is Robles’ social services developmental coordinator who unsuccessfully tries to teach him that being good, being right, being moral in a world that demands equality and social justice and fairness he must give up his selfishness and serve others. She marks his folder with a bright red DELINQUENCY stamp.

Danny Sands is Robles’ best friend who rebels against his father’s demand to follow in his Marine Corps footsteps. Instead Danny pursues his own dream of becoming an accomplished cartoonist in the Japanese manga style. Still he craves his father’s praise and attempts to do both, setting up years of inner conflict and pain for himself.

Stock Brant, Roble’s first employer as a teenager, is a brilliant geneticist who defies society’s rules to create life-saving drugs and life-enhancing crops. His defiance of the rules convinces him he’s evil, so he oxymoronically embraces the life of a drug czar and becomes fabulously, though disenchantedly wealthy.

Step 7 – Sum it up. Ideally the sum-up should have come first so everyone would have had a better idea about the book. But this is How To write a book review so here it is now:

The original question was: So what do you get when you mix in a novel-full of AynRandianlike indomitable self-valuing reason-driven individualistic heroes and second-hander collectivist conformist altruistic looter villains?

Ah, but some of those others, those Randian villains and anti-heroes and gangsters … there may be more to them, or less to them, than first meets the reader’s mind.

Those familiar with the works of Ayn Rand, with her protagonists and antagonists firmly cast in concrete, might expect much the same in The Untethered. But Southwick’s gift to us is the discovery that some of these concrete characters are only hard shelled facades that need to be cracked to find what is hidden within.

So while one may presume the ending to be a happy, successful, satisfying one in the Randian style the real fun is discovering how that ending is achieved.

Step 8 - Pass judgment. This is a rip-roaring rousing carousing inspirational yarn in both its actions and its ideas. Most people appreciate heroic figures like the ones in The Untethered. Some, including positive people, still demand flawed heroes to make them seem more realistic. The Untethered has those as well.

Here, however, is how a person who rejects individualism, libertarianism, voluntaryism, Objectivism, reason and the heroic sense of life rated this book in his Goodreads review, giving it one star and a DNF for “Did Not Finish” and thereby perhaps unknowingly revealing his own worldview (Lack of capitalization in the original):

“I just could not get into this book. all of the characters are awful, self-centered, and obnoxious. there was no hero or anyone to feel for in this book.”

There’s one other judgement to be made here. In today’s world of book reviewing every reviewer needs to include at least a token note of negativity to make the review seem “fair and balanced.” The reviewer mustn’t seem overly fond with anything in today’s politically correct free speech zone safe space world. Soooo…

“The sex scenes seemed to be too shallow, too shy and too short. Just when the reader is getting into it the writer is getting out of it. C’mon man, light up our libidos a bit!”

Step 9 - Put the book in context. What the How To Article wants here is: What category does this book fall into? From an online list of book categories The Untethered fits into Science Fiction, Drama, Action and Adventure, Romance (relative to the sex above), Mystery (who are these people really?), Self Help (for budding libertarians), Guide (moral, emotional, philosophical, psychological, political) and Fantasy (For those who reject a heroic worldview).

Step 10 - Check your aim. The aim of this book was to present the heroic sense of life from the Objectivist libertarian individualist voluntaryist post-statist free will self-ownership point of view for the enjoyment of those who already get it, to help those seeking it to find it, and for those who reject it to at least understand that it exists, it’s positive and it’s a glorious way to live.

Conclusion: This brings the review full circle back to the statement at the very beginning of this review. Thrown out almost casually near the end of the book by one of the characters this simple statement may be the most profoundly true message of this story and something every libertarian should remember when asking the question, “How can I convince others to become libertarian?”

“No one can save anyone else from their own beliefs.”