John is a poet and short fiction writer who enjoys collaborating on stories with other writers, and partaking in challenges.

Links to All Other Stories in the Challenge

Chris set the challenge as follows:

"Write a 1,000 (or fewer) word story using the following prompts:

There have been some wonderful stories written so far to meet the challenge. The Waterville Way is my flash (semi-)fiction response. (as this is based on a true story.)

The renowned restaurant announced itself as we approached. Large letters proclaimed "CHARLIE'S" above the wide doorway. It was only 10am and we had just checked in so I led my wife Charlotte into the adjoining lounge where another sign read "Ireland's Finest Teas and Coffees."

The "Butler's Arms Hotel" in Waterville, County Kerry had been recommended to me and I had always been anxious to check it out and also the story of its most famous client. We had finally saved enough to make the trip, all the way from Australia.

I ordered a cappuccino for Charlotte and an Irish Coffee (of course) for myself, and while waiting, engaged the friendly male barista in a discourse.

I pointed to a spindly walking cane on a wall above the chalk board menu. "Is that really the original..I mean, His actual cane?"

"Yes, it most certainly is," he replied in an authentic Irish accent, "The real thing." He continued without needing further encouragement. "In fact we are lucky he ever made Waterville his regular holiday destination at all. The first time he and his family visited the village they were literally turned away at the Inn..this very Inn in fact."

I indicated my interest in the story and he went on as though he'd repeated it a million times but never tired of recounting it for tourists. An occasional nod or exclamation of "Oh really?" was all the incentive he needed to continue unabated.

"Sometime during the 50s he and his family arrived unannounced at the reception of the Butler Arms Hotel on the recommendation of a close friend, Walt Disney. However it was the height of the tourist season, the hotel was full, and he found his status meant little as he was not recognised by the receptionist.

So without complaint one of the world's most famous men quietly turned on his heels and drove his family off to find lodgings in nearby Kenmare.

When one of the hotel guests who had recognised the man reported the incident to the proprietor, he immediately drove at high speed after the family, catching up with them a few miles beyond the town, and urged them to return. He then turfed his very own family out of their private quarters to accommodate the unexpected guests and plied them with tea and scones in this same room now christened after the famous man,

As a result of his quick thinking, the hotelier ensured one of the most famous faces in the world kept returning to Waterville for the next two decades."

"The fact that Charlie Chaplin was not initially recognised had as much to do with the difference between his silver screen persona from 20 or 30 years before compared to this elderly, white-haired, shy family man, with no sign at all of a bowler hat or cane anywhere about him, who presented at reception."

The barista's tale left little doubt why the Hollywood star made Waterville his summer home for many years: “He was left alone, made very welcome, and nobody bothered him or his family. His presence was never broadcast, and in an era without T.V.s, and few radios, never mind intrusive media, Chaplin found a private haven to be the ordinary man his fame did not allow anywhere else. The family was accepted as part of the community, really. The people of Waterville took them to their hearts. It's the Waterville Way".

He placed the coffees in front of me and I paid him, then he reached up and carefully lifted down the thin cane and passed it to me. "Feel the weight," he said

"Hard to believe it could actually support a man's weight isn't it?" I replied holding it horizontally in two hands, frightened that it might snap.

"Yes, it was just part of the persona for the character of "the tramp" in the movie by the same name which literally made Chaplin a star. Along with the bowler hat and "Hitler" moustache it became one of his trademarks in many of his other movies. It wasn't actually meant to support him," he smiled. "If you actually watch his films you'll see it was just a prop to emphasize his character's bumbling clumsiness."

"It must be worth a fortune," I said carefully handing it back over the counter.

"Oh, we have had offers of up to 20,000 pounds, but it's worth much more than that to us here at the Butler's Arms," he winked, "beside's, it's a great conversation starter in The Chaplin Lounge, don't you agree" 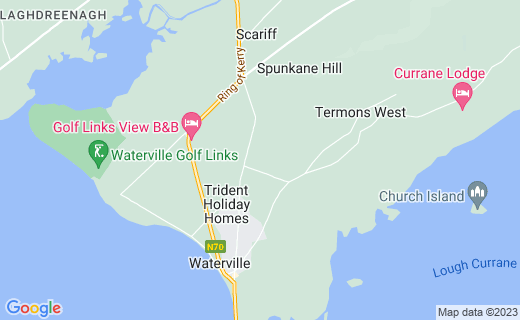