David Pepper - About the Author

To be clear, David Pepper has the background to write a book like this. He is (was?) Chairman of the Ohio Democratic Party; has been elected to the Cincinnati City Council and the Hamilton County Board of Commissioners. He also ran the statewide campaigns for the Ohio Attorney General and State Auditor.

Further, he has a law degree from Yale and and worked for the Center for Strategic and International Studies. His focus was economic reform and development for St. Petersburg, Russia (one of the settings for a character in his books). His first work was The People's House about rigging Congressional elections; an equally probable scenario.

A Most Probable Story 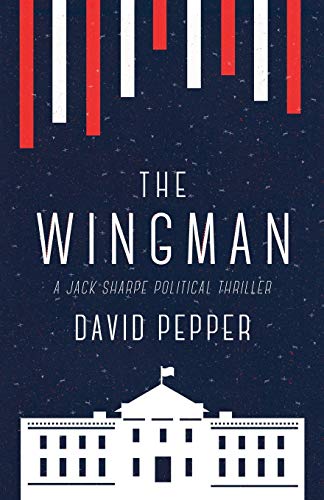 How To RIg an Election and Almost Get Away With It.

This Hub isn't so much about being a book report but about discussing the possibilities laid out in its plot. Of course, to do that, one must describe what is happening - without giving away the ending.

Jack Sharpe, a old-style political newspaper reporter from Ohio who use to work for The Vindicator. In the first book, The People's House, Sharpe broke the story of how the Republican's "stole" the Congressional elections in order to take over control of the House of Representatives. In it, he exposed how a Russian oligarch used the fact that so many of our congressional districts are gerrymandered leaving only a few "swing" districts on which to focus his efforts in order to get a political outcome beneficial to his energy exploration concerns in America. By eliminating votes with a rigged voting machine, he accomplished his goal.

As a result of his fame on this story, Jack Sharpe made it to television. During a debate, one of the candidates, Congressman Bravo - a war hero - piqued Sharpe's curiosity with his answer about trying to save a fellow soldier during a mission only to watch him die in his arms. It was the way he looked after the story that caught the reporter's attention. So he dug deeper. In digging deeper, he discovered a nefarious and very complex and murderous plot to determine the outcome of the Democratic presidential primary then under way.

It is the details of this plot, minus the murder, that intrigues this writer. Why? Because the details that Pepper provides seem very doable in today's post-Citizen United landscape with its attendant PAC and SuperPAC world of Dark Money (read the book of the same title and you will be amazed - unlike The WIngman, it is non-fiction.)

How to Try to Buy an Election 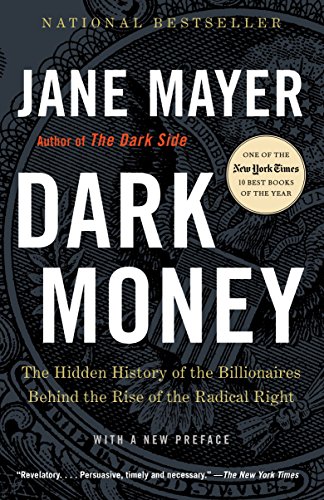 Dark Money: The Hidden History of the Billionaires Behind the Rise of the Radical Right
It will scare you, it did me.
Buy Now

Behind it all is DroneTech, a maker of drones of all sorts - including autonomous ones, the kind where you give it a mission and it decides how to do it. And that, is not science fiction, they exist today. The current President supports the idea along with some in the military. The two top Democrats running to replace her are both opposed to the concept of autonomous drones because they fear, rightly, that these drones are a slippery slope to easy warfare all over the globe.

DroneTech is out to stop them from winning and instead install their own hand-picked Democrat (in The People's House, you find out why the Republicans will not win this election) who they know will carry on their program (can you spell blackmail?) DroneTech uses the loose campaign laws of America mixed in with blackmail, intimidation (both plausible), and murder to get their way.

Jack Sharpe and his team of reporters do their damnedest to first find out what is going on and second, stop them if they can.

How to Rig an Election 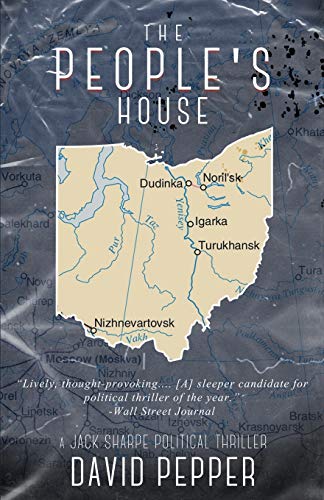 The People's House (Jack Sharpe)
It Can Happen
Buy Now

You have heard of embedded reporters tagging along with military units as they fight our wars. Well contractors do the same thing, except on a much larger scale. Sometimes, like Blackwater,1 they can be autonomous and even carry out military operations. More likely, they are closer to Lockheed-Martin or Teledyne who provide support in the field for equipment they manufactured.

Even I had my own "embedded" contractor for a program I managed for the AIr Force working out of an office near the Pentagon. Mine was an unclassified database that integrated information from every other major data system operated by the Air Force. The purpose was to turn that raw data into information which senior staff in both Air Staff and the major commands could use to make resource allocation decisions. My point is that to do that, I contracted with Battelle Memorial to help make this happen.

Their program manager sat in my office with my small staff and worked their magic. Others from the company sat out at another Air Force base where our computers were located where, with a few more government workers, did the real work. They were helped by another 10 or so contractors working out of their own facilities elsewhere. Now here is the scary part (although I trusted them implicitly) - those contractors had access to almost 100% of the unclassified data in the Air Force's data system and they knew how to make extremely valuable information out it all. Why, because the American taxpayer paid them to.

Prior to winning the cold war and downsizing both the military and the civil servant workforce, more than likely I would have had a program office, with my own suite of offices staffed by government programmers and analysts. Support contractors would have been few and far between with only limited access to information. All of this knowledge and expertise would be still in-house under control of government workers. Now the contractors run the show with government overseer's hanging on for dear life. Most of the government experts and those with experience, in order to save (it doesn't really) tax payer dollars have been let go with only skeleton crews to provide oversight.2

1 I just read that when Gen Mattis, the previous Secretary of Defense who resigned in protest to Donald Trump's Iraq initiatives, that Blackwater, whose role had been diminished under him, is back in again.

2 My organization, the Air Force Cost Center, used to be staffed by roughly 80 to 90 people when I first started in 1987. Behind them most of the major commands sported similarly robust "cost shops". (We were responsible for making sure the contractors numbers were correct.) Today, the AFCC is down to around 40 souls when I left in 2008 and the major command cost capability was similarly decimated. Who does the work now? Either nobody or other contractors.

The other, more probable (actually true), part of the plot is the role Super PACs and dark money played in Pepper's fiction - except this is more true than fiction (other than the names have been changed). "Citizen's United", that wrongly decided Supreme Court case, opened the door wide open to unimaginable amounts of money being spent on elections with zero accountability. Having seen what he has wrought, I seriously doubted Justice Kennedy would be the deciding conservative vote a second time around. In supporting the disclosure requirements still in the law, Kennedy wrote,

"With the advent of the Internet, prompt disclosure of expenditures can provide shareholders and citizens with the information needed to hold corporations and elected officials accountable for their positions and supporters. Shareholders can determine whether their corporation's political speech advances the corporation's interest in making profits, and citizens can see whether elected officials are 'in the pocket' of so-called moneyed interests."

Kennedy didn't count on the Super PACs showing up and laying waste to his belief that the Internet will protect the public from dark money. It didn't, and now we are paying the price as our elections become bought and sold to the highest bidder.

In The WIngman, the initial Super PAC was Americans For a Brighter Future, a fictional version of Americans for Prosperity. Upon investigating Brighter Future, Jack Sharpe's team of reporters found - nothing. Nothing other than the PAC spent millions and millions of dollars targeting negative ads against the first primary's front runner and for opponents on either side of her politically. Because of legal reporting requirements, the reporters could find no inkling of where this money was coming from. The real world reason is because the PAC "said" they spent 50.1% of their contributions on "educational" activities and therefore they didn't have to reveal a thing.

Jane Meyer's book Dark Money spells it out in gory detail how this works. David Pepper also provides a reasonable non-fiction account of how this whole destructive process works. More scary though, is Pepper's book shows how this could be used in practice to change election outcomes.