An Intro Isn’t Really Necessary, Is It?

From Kim: “As always informative with your unique brand of honesty and humor. Perhaps, you have answered this question before, and if so, just stir me to that mailbag. I am sparked by your comment that you test waters on HP before making leap to ebooks. I would like to enter a contest I saw advertised in Freedom With Writing, but the rules say that the work must not have been published elsewhere. Does that mean anything I publish on HP is disqualified? Thank You.”

Kim, I’m not sure how much my answer is going to help you. The phrase “different strokes for different folks” comes to mind when I think of your question. I’ve entered work from HP into contests and never had a problem, but I suspect the tripping point is the “not been published elsewhere” and what constitutes “publishing.” In some circles, the work we have on HP is not considered as published. Your best bet is to contact the contest people and ask them. My guess is they will say work on HP is not published, per se, but the only way to know for sure is to ask. I have entered contests with work published on HP and never had a problem, but that doesn’t mean one size fits all.

And good luck in that contest. 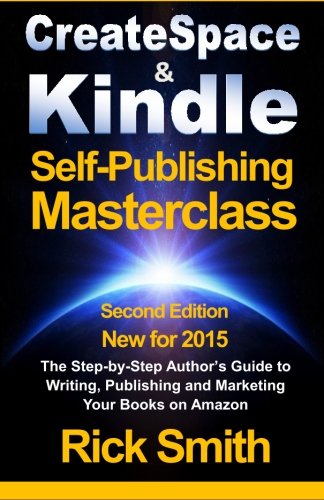 From Mike: “Hi Bill. I have a question. Why would anyone put their title on Lulu? Amazon is the big cathedral, no one is even in second place.”

Mike, this is going to be a short reply. It’s not that I don’t like your question, or consider it insignificant….it’s just that I’m stumped. Why would anyone publish with Lulu? I don’t have a clue. I have been very happy with CreateSpace/Amazon. Maybe someone reading this can give us both a clue. I did do some research on this, and read the opinions of ten different people, and the main advantage, they say, to using Lulu is the ease of downloading. However, I’ve never had a moment of trouble downloading on CreateSpace, and I found the royalties to be greater with CreateSpace as well…so again, I don’t have a clue.

From MizB: “Bill, happy Monday again, and yes, we would like to see at least 100 articles. I am interested in the question by ocfireflies about publishing on HP and how it is considered. I have several short stories that I'm withholding from HP for that very reason. I also find that short stories don't attract as many readers anyway no matter how good they are, so I figure I don't want to spoil my best efforts by debuting them here. Could you comment on my comment as part of your answer to her? In other words, do you agree or disagree? Thanks, my friend.”

MizB, I agree, short stories on HP do not do as well as regular articles. I have two short story series going on right now and without a doubt, my views have declined with those stories. Maybe I should take the hint and stop writing short stories. LOL

Seriously, if you do not have a specific reason for doing so, I would not publish short stories on HP. I do it to test the waters and find out if readers are enjoying the stories before I re-write them and publish them as eBook novellas. I consider HP, in that case, to be my testing ground. If you don’t need such a testing ground then my suggestion is don’t bother doing it.

Also, for me, my short stories on HP are not my best efforts, as you stated in your question. My best effort comes later when I take that short story and expand it and improve it….so, like I said, this is just practice for me.

From Ms. Dora: “Bill, thanks again for some good answers to good questions. Here's a question for the next (or future) mailbag. "I just discovered that the working title which I selected for my upcoming bestseller is already the title of a book published in 2015. I know that book titles are not copyrighted, but how would you advise me? Thanks.”

Dora, I’ve run up against this problem, in the past, with two novels I published. It is my preference to choose a title that has not been used before. I want my title to be the only title with that name, not only for search engine reasons but simply because I want my novel to be unique in every way.

Some authors don’t feel that way. There are some rather famous authors who have titled their books with existing titles and it certainly hasn’t hurt their sales.

To each his/her own. My advice…go for unique!

From Glimmer: “Good morning Bill - Well this article prompted a question...why would you want to rewrite your novel? I'm assuming there are physical copies of the book and people have it and have read it. Doesn't that change everything? I've just never heard of someone rewriting a novel after it's been published, informational books & articles, yes I've heard of that. It's just something that really got my attention when you said it. Thanks.”

Thanks Glimmer! I think it’s all in the definition of “rewrite.” When I first wrote this book I was a ragged writer at best. The grammar was, at times, poor, and there were holes in the narrative I simply could not notice because I was new to this game. So for me, rewriting the book doesn’t mean changing the story at all; it just means making it better. The story has stayed the same. Maybe you would be more comfortable with “edit” rather than rewrite, because that’s really what I’m talking about.

I agree with you that a complete rewrite would not only be silly but unfair to those who originally bought the book. I consider this to be improving rather than rewriting.

Also, this book has never before been available as an eBook, so I figured if I was going to go to the bother of formatting it into an eBook, I might as well go to a little more bother and improve upon it.

So that’s what I did.

From Denise: “I know you mentioned why you share chapters of your future novels, but I don’t remember now why you said it is a good idea. Can you tell me again why you do that? Isn’t there a danger of sharing too much of the novel and then forfeiting sales when it becomes a book?”

I’m kidding….kind of. It’s a valid question, Denise, and I’ve asked the same question of people who share their entire novels on HP in chapter form. I, however, don’t do that.

When I share chapters of a future book, like I currently am with the “Billy the Kid” installments, I’m actually just practicing and tossing stuff out there to gauge the audience’s reaction to it. I actually just finished my first “Billy the Kid” novella and it really is quite different from the chapters I shares on HP. I’ve done a lot more work on characterizations, on settings and on background information, but added some new action scenes that were never in the chapters on HP.

So, my goal was to get some feedback AND build interest for the series. Hopefully that interest will be enough to sell some eBooks once it is published. If not…oh well! I really have nothing to lose by doing it.

Someone, I’m sure, will say that I risk having it stolen. Yes, I do…no doubt about it.

Call me a reckless risk-taker if you will.

And Another One Bites the Dust

Well that was fun! Thanks for taking part, either by asking questions, reading and/or commenting. You are all the reason this series continues.

Someone asked me what my plans are for 2016. My goodness, where to start?

I’m re-publishing my first novel since it was never an eBook. I’m self-publishing the first of the “Billy the Kid” novellas, and hopefully I’ll publish three or four of those this year. And I’m working on the sequel to my first novel, which was “The 12/59 Shuttle From Yesterday to Today.”

And, of course, I’m hanging out with all of you as often as possible.

In other words, I’m a pretty lucky man.

Have a great week of writing.