The mental illness known as Attention Deficit Hyperactivity Disorder (ADHD) is a psychiatric disorder that affects ones ability to concentrate. Someone who suffers from ADHD, often struggles with inattention type of behaviors. These behaviors might include, being easily distracted, having problems with organizing daily tasks, difficulties completing tasks , failure to listen or pay attention, along with similar types of syndromes.

Attention Deficit Hyperactivity Disorder is often an illness diagnosed early in a person's life,and is then carried through into adulthood. However this disorder can affect adults later in life, who were not effected as a child by ADHD. The statics have shown that there are roughly around 3% to 5% of all children, throughout the world who are currently suffering with this illness. .

It is very importnat to note that ADHD, is not a learning disorder. But due to the symptoms based around this disorder, quite often children and adults seem to lag behind, which makes ADHD appear otherwise. The children who suffer with Attention Deficit Hyperactivity Disorder are often placed within special education classes, and never given a proper schooling . Do to this reason many of these people grow into adulthood, having self-esteem issues, and feel as if they do not have what it takes to succeed.

The primary learning difficulty for those who struggle with ADHD, is their skills with math, reading, and writing. Often those who suffer from this illness also struggle to organize their ideas, and fail to focus their thoughts. The symptoms of ADHD are responsible for the struggle with, poor handwriting skills,issues with spelling, and listening while taking notes. There handwriting often appears messy or sloppy, and is rarely in cursive format.

Despite these difficulties there have been successful authors who have triumphed against the odds, and have found ways to deal with this disability. Through out this article we will discuss these authors successful tips for writing, the works in which they have written, as well as successful tips that anyone with ADHD could prosper from. These tips can help children become more successful at school, and adults who wish to become better writer's.

The first thing that anyone who is wanting to write should become antiquated with, is how to take proper notes. This is not only an ADHD issue, there are thousands of people out there that suffer from poor note taking skills, or even knowing how to take notes. This is often the most difficult for children, since their ability to listen and write, often fall short due to their attention span.

Are you, or someone you know, affected by ADHD?

The author Robert Jergens, best known for his novel The Little Monster Growing Up With ADHD, possibly had struggled with taking notes. As a child Robert had loved school, and had lived just to attend. However Robert was not the best at school, which had caused his parents and teachers to constantly scold him about his school work.This continues negativity, had caused Robert to go into a state of depression, and had even tried to commit suicide. Robert had suffered with alcoholism, and possible drug abuse. It was during Roberts college years, that he was finally diagnosed with ADHD, which explained his ill behavior, anger issues, and failure to focus. This did not get Robert down, but turned him into a better student, with more focus and drive. Which caused Robert to graduate earlier than half of his peers, and complete his PhD.

It is highly possible that one of the skills which Robert had lacked as a child was the ability to take notes. For more than 60% of children that deal with ADHD, note taking is an issue.A Possible cause for this is poor penmanship, or it could be caused by the child's failure to pay attention to the teacher, and write at the same time.

The computer is a great way to help with the process of taking notes, do to the mobility of preforming a hands on task, which allows the mind to flow easier. This is also a wonderful ideas do to the factor of spelling, a computer is automatically programed with a spell checker, and over lengths of time a persons performance with spelling can approve do to this factor. For this reason it is vital to teach young children with ADHD, the ability to navigate around a computer, as well as an assortment of computer skills. For adults this might be a great option to use at work, or college do to the ability of using palm piolets, or cell phones.

Although the computer is not the only possible way to take proper notes, there is also the possibility to take notes on sticky notes then rearranging them in chronological order. Which allows younger children the option of learning chronological order squinting, and with adults it is easier for those who are always on the move. 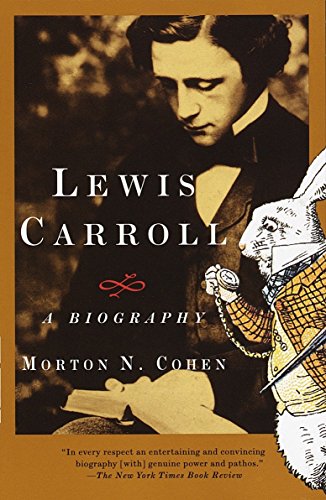 Those who suffer from ADHD might find it rather difficult to complete tasks they start. They might forget to fold the laundry after they wash it, or forget to take their bills to the mail box. Writing is no exception to this, quite often those who suffer from ADHD, will find it rather difficult to finish a report, an article, or writing a book. For the author Lewis Carroll, the author of world-famous books such as Alice's Adventures in Wonderland and Through the Looking Glass, also has this same problem.

Lewis Carroll suffered through out his life with being partly deaf, and having the disorder of ADHD, both of which caused him anguish. Lewis found that his over active imagination, allowed him to become a wonderful short story-teller, although Lewis did not want to only write short stores, but full length novels. For years Lewis Carroll had struggled with completing books that he was desiring to write. Quite often he would find that he would start a book, only to write a chapter or two, but never finished writing a complete book.

The book Alice's Adventures in Wonderland and Through the Looking Glass, is a collection of those uncompleted novels. He had taken his short story's, and chapters, then created what we now know as a master piece of literature and a complement to those who suffer from this illness. Although Lewis Carroll was not the only writer that had difficulty focusing on finishing his work. The author F. Scott Fitzgerald who was best known for his novel, The Great Gatsby, also suffered from this illness. Fritzgerald had such difficulties with focusing that at the age of 12, he had been expelled from school. However despite these tensions in his life, he managed to become one of the great authors of his time.

For children writing might cause issues do to spelling, handwriting, starting or finishing a sentience, or possibly their hyperactivity detours them from sitting still long enough. This often reflects poorly upon their grades, and quite often can find themselves getting into trouble. For author Dav Pilkey the author of the Captain Underpants serious, understands far too well how this can affect children.

As a child Dav had suffered with several mental issues, that ranged from behavioral problems, to suffering with severe hyperactivity. Quite often Dav's teachers would discipline him for his behavior, by sitting him at a desk outside of the classroom to complete his work. It was upon these lonely troublesome times, that Dav had invented the idea of Captain Underpants. But despite this wonderful idea, Dav had to fight to keep his dream alive, do to teacher scolding him with disappointments and demeaning comments.

When we reflect upon Dav's work we can find a wonderful outlet for children to express themselves through writing. The general idea that we gain is the illustration comic view-point of a child, who suffers from sitting still. By allowing a child to illustrate an image, as he writes his story, is wonderful way to teach children the importance of writing, and will encourage them to have better penmanship, as well as spelling, because they will want be able to read there work.

ADHD May Be Associated with Creative Genius

The reason that so many authors, musicians, artists, and actors, suffer with ADHD, and have been able to make it to such successful, predominate, and knowledgeable positions, is possible because of their condition. According to research done by Professor Fitzgerald's, there is a cognitive connection between the stimulus within the brain that allows a creative genius to flow through, and that of Attention Deficit Hyperactivity Disorder.

Quite often society portrays the negativity that each of us posses, this being more so for those who suffer with this illness. They often find themselves being scolded for there inattentiveness, and failure to focus. However the symptoms of inattentiveness, are responsible for also creating a hyper active focus which allows the individual to narrow down to one area that they find the most useful, or interesting to them.

Truly we are our own worst enemy, and for those who want to write but suffer from this illness, often fail to notice, is that commonly they find themselves stumbling over their own two feet. For a writer is not something that you create, but a gift you were born with, it's a gift that no other human being can take from you. There are thousands of authors who have defeated these odds, conquered this obstacles and have made it, just to prove that point. However the only thing is the person must have confidence within themselves. Just like the rest of the authors that have been mentioned through out this article, anyone desiring to write, can climb that hill to destiny. Learning to forget others negative remarks is only a beginning, and every author has suffered with this issue at one time or another, regardless if they suffer with ADHD or not. Quite often those who suffer, will find a pesky little voice within the back of their brains that will feed them a feeling of self-doubt, learn not to pay attention to it, other wise you will never know where your writing will lead you.