Love Story enjoyed success not only as a novel but also a smash hit movie starring Ali McGraw and Ryan O'Neal.

The movie led to more readers for the original book and many people who read the book wanted to know what happened to the heartbroken Oliver after losing his beautiful Jenny.

The book was almost as successful as Love Story but the movie version was not well received in spite of Ryan O'Neal reprising the role of Oliver. 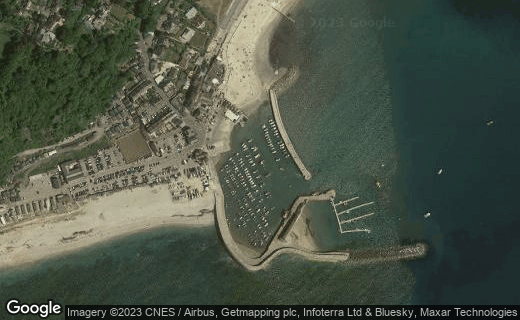 John Fowles novel was written in 1969 but sold in its millions in the 1970s, often through word of mouth recommendations - it is a wonderful story told in Fowles favourite place, Lyme Regis in Dorset.

Lyme Regis was also one of the settings of Jane Austen's novel, Persuasion.

In the movie version, Meryl Streep and Jeremy Irons play the protagonists, Sarah Woodruff and Charles Smithson (they also play the actors playing the roles - it is a film within a film, very unusual).

The movie was a smash hit; mainly because The French Lieutenant's Woman is an excellent story but also because Harold Pinter who wrote the screenplay was true to John Fowles post-modernist novel, the lead actors play actors playing the characters in the movie. There is a 'remove' or 'deceit' going on which lends itself well to a dramatic telling of the story.

Fowles book is a work of literary genius in its compelling storyline and his three separate endings - as an author he suggests that the characters took on a life of their own and he was 'outside' of the story.

Some might be put off by the quirkiness of Fowles book but reading it is an enriching experience.

3. Islands in the Stream - Ernest Hemingway

Islands in The Stream was the first of Hemingway's posthumous novels to be published.

His wife found many works; short stories and novels and with the support of an editor, chose some to publish.

Islands In The Stream is actually the 'prequel' to The Old Man And The Sea in that it is the first two of his 'Sea' stories.

It is very autobiographical in theme with many of his own friends making appearances in a variety of roles.

The storyline is about artist Thomas Hudson who decides to leave behind his cosmopolitan city life to rest on the island of Bimini.

While there, he will suffer the loss of two of his young sons just as World War Two breaks out.

Thomas Hudson is a typical Hemingway character - bluff, stoic, manly but his grief reveals a vulnerability, albeit briefly in his making sense of losing all of his sons (one later died in the war).

Many believed that Islands In The Stream was published to try to wipe out the failure of Hemingway's last book, Across The River And Into The Trees.

4. Travels with My Aunt - Graham Greene

Graham Greene is well known for his espionage novels and thrillers but he also did an excellent job with more comic works which were broadly known as his 'entertainments'.

He called Travels With My Aunt a novel and it follows on rather well in tone from ita predecessor, Our Man In Havana.

Travels With My Aunt was also made into a movie starring Alec McGowan and Maggie Smith as the newly retired, somewhat stuffy bank manager, Henry Pulling and his Aunt Augusta with whom he is reunited after fifty years at his mother's funeral.

It is essentially what we might call a 'road movie' now but the two protagonists are very different to what you might get nowadays - Augusta is a Septuagenarian with an acid wit and shady past and Pullen is taken on the adventure of his life, sometimes against his will.

Graham Greene is considered one of the Best British novelists of all time.

Originally published as a short story in Playboy magazine, Rich Man, Poor Man went on to become one of the best selling novels of the 1970s and was the last of Irwin Shaw's novels to be more about telling a story than being driven by a strong philosophical vision.

Rich Man, Poor Man is a truly epic novel and is really about Americans being displaces at at time when it was America's time to be a burgeoning empire.

Shaw uses political differences as a driving theme but this is a novel about generations and the need for the young to make their own way in America without the past being allowed to constantly be a part of their lives.

Rich Man, Poor Man was made into a long running TV drama in the 1970s starring Peter Strauss.

Arthur Hailey is at #6 with two of his 1970's novels, Wheels and Overload.

Wheels is a story about the automobile industry and all of the pressures therein.

Overload is the story of the California State Power and Light Company, his fictional company providing the energy for the state of California.

On paper, both of these novels might seem a little one-dimensional but Hailey was a master of characterisation and setting.

Almost all of his novels are set in one setting, for example - a car plant, a hotel or an airport.

Hailey has been accused by critics of writing to a formula but whether he did or not, it seemed to work.

He created wonderful characters with whom readers could relate and placed them under stress or pressure in a single location. Usually the locations were the kinds of places where safety, profit and working practices were central requirements.

Hailey tapped into the human consciousness in a very simple way - he put people 'just like us' in tough situations and readers got to learn about how mere mortals cope in those circumstances.

His novels are a sort of paired down Hero's Journey but always set in modern settings.

Many of his novels were made into movies or TV shows - all were successful.

The Exorcist is a spine chilling novel and William P Blatty is proud of it. He recently revised The Exorcist to celebrate its 40th anniversary, adding a new chilling scene and new characters.

The Exorcist was based on a real life story which Blatty heard when studying at Georgetown University,a Jesuit college.

Blatty based his main character, the priest, Lankaster Merrin on a personal friend who was also an archaeologist.

The Exorcist setting is very modern; the home of a successful actress and her daughter but Blatty builds up a storyline always facing backwards towards Eastern religion and paganism.

The religious elements of the book rub uneasily against the modern decadence of the main characters but this is what Blatty intended; the juxtaposition of a seemingly demonic entity invading a modern world in which you can never imagine such a thing.

His investigation of the lives of the young Catholic priest and the older priest, already an established authority on demonic possession adds some personality to the two men who may not get out of this experience alive.

The movie was made into a blockbuster movie starring Linda Blair as the possessed child, Reagan MacNeil and is very, very scary.

After its initial release in 1974, It was banned from cinemas in the United Kingdom until 1990, though was available on video.

8. The Day of the Jackal - Frederick Forsyth

Frederick Forsyth's novel The Day of The Jackal is a truly wonderful read; suspenseful and thrilling.

It is written in two distinct parts - the first part is about the OAS, a militant French underground organisation intending to assassinate French president, Charles DeGaulle.

We are introduced to the 'jackal' whose real name we never learn. All we learn is that he is an Englishman.

We learn more about him in part one as we discover his modus operandi. We come to understand the life of a paid assassin and the many actions required on the way to being a successful assassin.

The Jackal is a cool customer; organised and focussed on only one task - taking de Gaulle's life.

Part Two of the book takes us through the police operation involved in trying to outflank the OAS in their movements to kill de Gaulle.

Forsyth manipulates both story lines to build up tension; conflict is key to both stories as the police take two steps forward and one step back and the OAS always seem to be one step ahead of the police.

Meanwhile, the Jackal steals passports and takes target practice using a weapon created to be hidden away and built on the day of the assassination.

You won't be able to stop turning the pages!

Scottish author, Helen MacInnes always wrote espionage novels and Message From Malaga was her first incursion into Iberia for a story line.

MacInnes was an extremely literate woman, and spent her whole life as an academic so her novels were well written but also very exciting.

Her novel Assignment in Brittany written in 1942 was often suggested as a good book to those sent on covert operations in France.

Her main character was almost always an innocent person, often on vacation, caught up in some spy caper.

MacInnes wrote with great pace and knew the importance of pacing a novel. She wrote many best-selling novels over her writing career because the writing was of such quality but she understood how to make espionage exciting.

Incidentally, her husband was a secret agent in real life - one wonders if he passed on any stories?

Updike's most beloved character, Harry Angstrom returns ten years after Rabbit, Run and not surpringly, this ultimate American anti-hero has still not gotten his act together.

Updike is the master of characterisation and at times, Harry 'Rabbit' Angstrom's apathy will have you wanting to hurl the book across the room and yet it is his very ordinary life which keeps people turning the pages.

Except of course, there is never anything remotely 'ordinary' about Rabbit's life with his wife on the verge of a passionate affair and his sister now working as a California hooker.

In Rabbit, Redux life once again seems to overwhelm him without him engaging with anything to stop it changing for the worst.

When Rabbit takes in mixed up teenager, Jill who has left home because she is 'misunderstood', he doesn't plan on her African American some time boyfriend Skeeter moving in too.

What follows is Rabbit's first foray into racism, marijuana and some opinions on the Vietnam War.

As always, Rabbit gets to make sense of things and we read and laugh at this everyman getting to grips with things in life he did not want.

Updike once again places family relationships under the microscope as Rabbit relies on his parents when he becomes homeless. They just wonder when he will grow up.

Updike followed this book with three further Rabbit novels, the last in 2001, was Rabbit Remembered.

What is your favourite genre?

How wonderful to find a book of love poetry in the non-fiction list. Rod McKuen, poet, lyricist and musician writes in diary form poetry about finding love, being in love and then leaving love.

Rod writes "Build a fence around me, the moment you see me running" alluding always to his desire to be a soul with a travelling heart. Love might not last forever but he describes his own journey through it with passion and humour.

The #1 non-fiction title, Everything You Wanted to Know About Sex But Were Afraid To Ask was successful because nobody really talked about sex openly until the 1960s and the author took advantage of that. If read today, it would be hopelessly outdated!

Other articles in this series