Robin Cook Books Are My Favorite

What does talking about the human brain have to do with the writings of Robin Cook?

He is a medical doctor who turned author. Robin Cook loves t research of subjects that he is familiar with through his knowledge of medicine. Cook s writing is the science fiction aspect of medicine on what could happen.

This is the first book I read from Robin Cook and when I became a be fan.

Coma, the movie of 1978 is a classic.Staring Michael Douglas and GeneviÃ¨ve Bujold.

Remake to modern times: Four hour movie of Coma (2012) that was shown on A&E. Staring Lauren Ambrose as Dr. Wheeler. 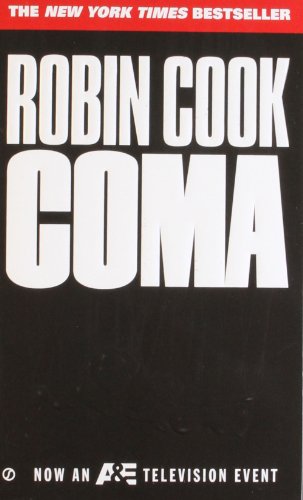 COMA
This is the first book I read from Robin Cook and when I became a be fan. This book is about four medical students entering the freighting world of medicine. The time is February of 1976. Three of the medical students are male and one is female. Dr. Susan Wheeler uncovers a horrifying deception of a select group of senior doctors at Memorial Hospital are taking patients into minor surgery and making sure they do not ever wake up. Read MY REVIEW ON ROBIN COOK'S COMA .
Buy Now

This is a practice that has gained in popularity over the years. It is a way to allow the brain to sleep while the body heals. For the majority of these cases, there is some type of brain injury. The brain will start to swell. Body temperature will rise. A medically induced coma will bring the body temperature down to around 90 degrees. A cooler body means less swelling; alleviating the pressure on the brain.

Some years back, we received a call that my mother-in-law was brought to the hospital. While in the hospital, she has having a series of mini-strokes. Her blood sugar and blood pressure were dangerously high. Nothing that was given to her was bringing it down. Her doctor told us that nothing else could be done, and they wanted to induce a coma to see if her body would correct itself. We agreed to this, knowing that she was like a cat and always pulling through. Seven days into the coma, my mother-in-law died. This must have been her ninth life.

I know it has done some good and many people have benefited from it. Both my husband and I agreed that we do not want this happening to us.

What if your family were asked to put you in a drug induced coma?

Are you fine with your doctor putting you in a medically Induced coma? 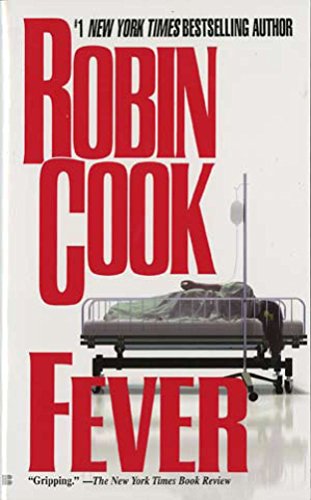 Fever (A Medical Thriller)
Charles Martel is a brilliant cancer researcher who discovers that his own daughter is the victim of leukemia. But is there a conspiracy plot here? The father soon discovers the cause of his daughter's leukemia. That source was also the cause of another child's fatal disease. The father subsequently tries to bring the culprits to justice and continue his work while also trying to find his own cure for his daughter.
Buy Now

The best part of thrillers, especially medical thrillers because that gets more personal on someone invading our being and we have no control over it. The "thriller genre" that Robin Cook writes about makes the reader analyze the possibilities of how much of this can happen in reality.

The facts are at much of the medical horror that Cook writes about has happened or you will find similar true stories years after one of his famous books was written. We are evolving in science and research. What may seem like a work of fiction years ago is reality in present time. 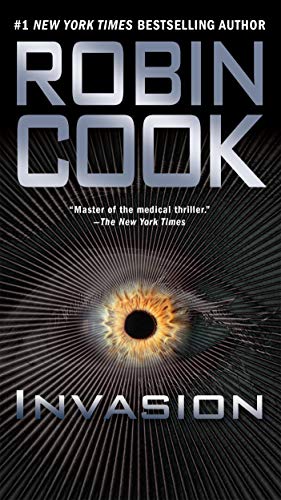 Invasion (A Medical Thriller)
A mysterious flu-like illness unlike any other strain suddenly surfaces. The infected are only sick for a short period of time, but afterward their personalities are altered. This strange viral infection induces mutations and scientists need to find an antidote to the alien threat. I admit, this one was not as realistic as the other writings but enjoyable to say the least.
Buy Now 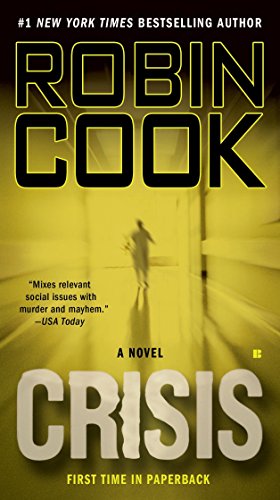 A distinguished and self-confident physician, Craig Bowman is delivered an ego-shattering blow when he is sued for malpractice by the husband of one of his patients, hypochondriac Patience Stanhope, who died while under his care. The trial takes up the bulk of this wordy novel. Bowman's wife asks her brother, medical examiner Dr. Jack Stapleton, to use his expertise to help with her husband's defense. Stapleton agrees, but what should be a routine forensic exercise quickly turns into a dangerous trail of lies, deception and murder. While it takes some time to get to the story's climax.

Chromosome 6
Chromosome 6 is a book with two related stories woven together. This book undertakes to discover animal reservoirs of organs, which can, with a little manipulation, be used in humans. Of course something like this is going on to an extent. When notorious underworld figure Carlo Franconi is gunned down, his mafioso competitors become prime suspects. Suspicions are fueled when Franconi's body disappears from the morgue before it can be autopised. A few days later when the mutilated, unidentifiable body of a floater.
Buy Now 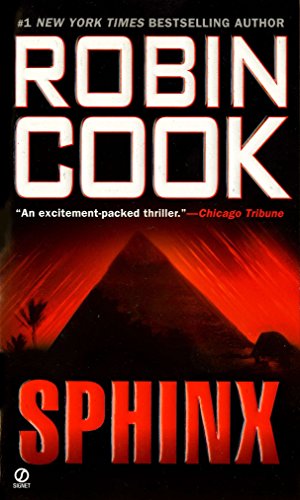 The books is about the mysteries of Egypt's magnificent past and the curse of the ancient world. Egyptians times has always been a fascination. They were an advance society. Following Egyptologist Erica Baron, on what is intended to be a 4 week vacation, to Cairo, the Valley of the Kings, and Luxor to visit the ancient sites and translate some of the hieroglyphics. From her arrival and first visit to the bazaars of Cairo, the trip follows a series of unexpected death, unexplained circumstances, and meetings with 3, seemingly different, yet stikingly similar 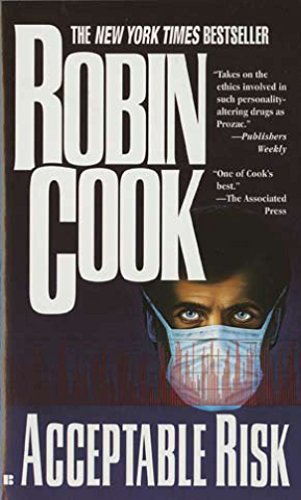 Acceptable Risk (A Medical Thriller)
A research scientist discovers a mood-altering, enhancing drug and involves himself and other researchers in a deadly experiment. Blended with this story of greed and laboratories gone awry is a woman's relationship troubles and her increasingly troubled conviction that something has gone wrong.
Buy Now 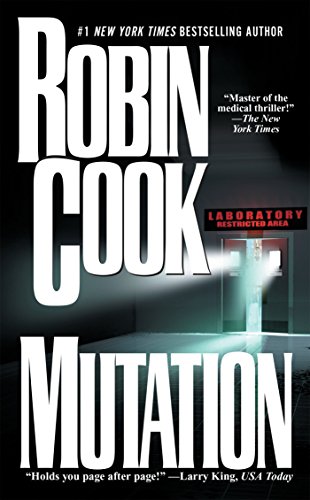 Dr. Victor Frank, a bio-physicist who is driven by his wife Marsha's infertility to create a monster: a son whose genetic structure has been designed to preordain brilliance. Keeping the experiment a secret from his wife, he implants similar embryos in two other women as well. ("When I did it, it seemed like a good idea," he claims, in one of the novel's funnier lines.) A decade later, his work goes awry; the other children die mysteriously, and Marsha realizes that something about her smart son isn't quite normalhe has no emotions. A series of interesting plot twists leads researcher Victor Frank to a secret laboratory discovery. 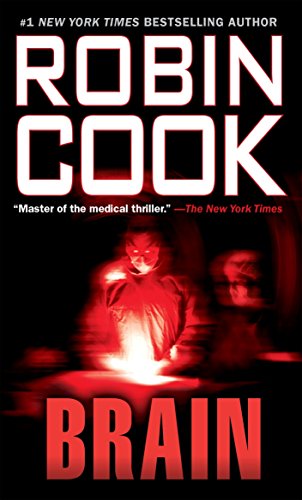 Brain (A Medical Thriller)
Two doctors at Hobson University Medical Center. Dr. Martin Philips, the central character, is the Assistant Chief of Neuroradiology at the institution. When Philips realizes that many of the facility's female patients are dying on the operating table, he begins to suspect that something may be going very wrong at Hobson's Medical Center. With the help of his girlfriend and fellow physician, Denise Sanger, Philips begins to investigate; however, his curiosity may be placing both him and Sanger in danger.
Buy Now

Twenty-eight of these books, I have read. You could say that I am a fan. See if these Robin Cook's Books are available on Amazon when you click here!