Kim Stanley Robinson has won the Hugo, Nebula, and Locus awards. He has written over twenty books, including the bestselling ‘Mars’ trilogy and ‘Forty Signs of Rain’.

Mars is the barren, forbidding planet that symbolises humankind’s dreams of space conquest. From the first pioneers who looked back at Earth and saw a small blue planet, to the first colonists who were hand-picked scientists with the skills necessary to create life from the cold deserts of Mars. It is also about how man must struggle against his own self-destructive mechanisms to achieve his dreams for civilisation can be very uncivilised.

Red Mars is the first novel in the Mars trilogy.

Everyone must realise that extraterrestrial beings will be truly different from humans in not only the way they look but in the way they think and will have different ambitions, feelings, demands, incentives, motivations, and therefore undoubtedly different intentions.

Why are the ‘Traits’ coming? Who are ‘The Gathering’? Why is there a blue planet for sale? What is 750007500075? Who will ask the last question? What will that question be? The answers to these questions and more are contained inside this book. However be warned that sometimes it is better not to know the answers to certain questions.

When a planet becomes available for resettlement The Gathering do not just hand it over to the first species that asks. There is an initial process involving screening, review, and evaluation. Finally, following negotiations there must be a consensus of agreement by members of the Gathering that a species is suitable and meets all criteria for consideration. Where approval has been afforded, the named species will then be invited to submit a formal proposal confirming their continued interest in the planet. All interested species will then be invited to an auction at a central location suitable to all bidders.

For Kivrin Engle preparing an on-site study of one of the deadliest eras in humanity’s history was as simple as receiving inoculations against the diseases of the 14th Century and inventing an alibi for a woman travelling alone. For her instructors in the 21st Century it meant painstaking calculations and careful monitoring of the rendezvous location where Kivrin would be received. However, a crisis strangely linking past and future strands Kivrin in a bygone age as her fellows try desperately to rescue her.

Humanity has colonised the solar system but the stars are still out of reach. Jim Holden is an officer on an ice miner making runs from the rings of Saturn to the mining stations of the Belt. When he and his crew discover a derelict ship called the Scopuli they suddenly find themselves in possession of a deadly secret. A secret someone is willing to kill for on an unimaginable scale.

Iain Banks first came to widespread (and controversial) public notice with the publication of his first novel ‘The Wasp Factory’ in 1984. He has since gained popular and critical acclaim for his mainstream and science fiction novels.

The war raged across the galaxy and billions has died with billions more doomed. Moons, planets, and stars faced cold-blooded and brutal destruction. The Idrans fought for their Faith, the Culture for its moral right to exist. There could be no surrender.

Frank Herbert had a colourful and varied career including periods as a radio presenter and jungle survival instructor. He is best known for creating the world of ‘Dune’, which established him as a master of modern science fiction.

Melange (or spice) is the most valuable and rarest element in the universe. A drug that does everything from increasing a person’s life span to making interstellar travel possible. It can only be found on one planet the inhospitable and desert world of Arrakis. Whoever controls Arrakis controls the spice and whoever controls the spice controls the universe. The native people of Arrakis control Arrakis’s second greatest resource the giant worms that burrow beneath the burning desert sands.

George Orwell is one of the world’s most famous writers. Among his works are the classic political satire ‘Animal Farm’. His writing is remembered to this day as being insightful, poignant, and entertaining.

Who controls the past controls the future and whoever controls the present controls the past. Hidden away in the Record Department of the Ministry of Truth, Winston Smith skilfully rewrites the past to suit the needs of the Party. This totalitarian world demands absolute obedience, which is controlled through the all-seeing telescreens and the watchful eye of Big Brother.

3. The War of the Worlds HG Wells

HG Wells published more than a hundred books including science fiction novels, histories, essays, and programmes for world regeneration. His ‘Rights of Ma’ laid the groundwork for the 1948 ‘Universal Declaration of Human Rights’.

The night after a shooting star is seen streaking through the sky from Mars a cylinder is discovered on Horsell Common in London. Soon the whole of civilisation is under threat as powerful Martians build gigantic killing machines, which destroy all in their path with black gas and burning rays. They feast on the warm blood of still-living human beings. The forces of the Earth however may prove harder to beat than they at first appear.

Ray Bradbury published almost 500 short stories, novels, plays, and poems. Some of his other famous works are ‘The Illustrated Man’ and ‘The Martian Chronicles’.

Set in a not to distant future where books are burned by a special task force of firefighters. Books are forbidden as they are considered the source of all discord and unhappiness. The Mechanical Hound of the Fire Department armed with a lethal hypodermic is ready to track down those dissidents who defy society to preserve and read books.

Isaac Asimov is best known for his science fiction and popular science books. He wrote and edited over 500 books. Most of his popular science books explain scientific concepts in a historical way going as far back in time to an era when the science in question was at its most basic stage.

Isaac Asimov’s iconic masterpiece is ‘The Foundation’ series, which unfolds against the backdrop of a crumbling Galactic Empire, which has prospered for twelve thousand years, but unknown to all is the fact that the heart of the Empire is rotten. 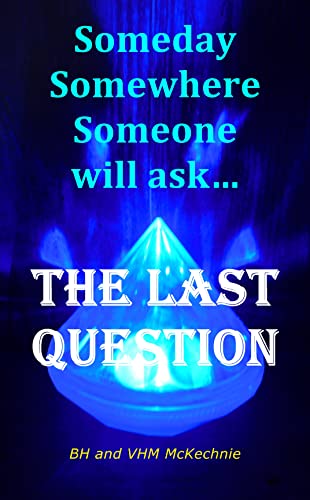