Massachusetts - They Hung Their Witches!

First, A Little Background on Salem

In Salem, it was June of 1692, when a witchcraft court was set up. The court was led by Chief Justice William and was officially called the Court of Oyer and Terminer, meaning to hear and decide. Eventually thirteen women and five men from all economic classes were hung on three different days before the Governor William Phipps stopped more hangings from ocurring and pardoned the rest of those awaiting witchcraft trials.

One man by the name of Giles Corey was pressed to death. He knew the law well. He knew that if he said he was guilty, his wife and daughter would not inherit his assets. But, if he said nothing, he would pass all his assets to them, according to the law. Because of this, he refused to speak at all. Because he refused to speak, he was pressed in a device that added more weight over time, squeezing his chest cavity. Whenever he did speak, it was to ask for more weight! Eventually his ribs broke, allowing bones to pierce his heart and his lungs to be crushed by the weight. He stubbornly refused a plea deal and died in the faith that his family would be secure with his assets. Though some of his assets were confiscated, his family did receive some of his inheritance.

More of the accused died in prison. The new Governor set up a new court, the Superior Court, to take over and disallowed the further use of spectral evidence. The spectral evidence which had sent most of the others to their deaths had allowed witnesses to claim they had seen invisible shapes belonging to certain citizens of the community, which had tortured the victims. The victims had lied, some of the victims turned on each other (therefore ending up as an accused) and eventual apologies and restitutions were given. But the cultural fall-out from these witch trials left a pattern of witch hunting that historians have seen repeated in the McCarthy hearings, the internment of Americans of Japanese descent, and, in more recent times, the hunting down of citizens of religions deemed offensive to our government - such as the religion of the American Muslim.

Witch Hunts in Other Areas

Just as the witch hunts of Salem were not limited to that one town or even just our country, today's witch hunts are not limited to what we see happening in New York, such as the public outrage of a potential mosque building near the site of the Twin Towers. In Andover, another community of Massachusetts, a much higher number of persons were charged with witch crafts. In all combined areas and Europe, thousands were killed and some quite horrifically.

Some were deaths of strangulation, others of drowning, by burning, or by torture. While most in Salem were known to be of hangings, the gruesome torture of victims in other areas were extreme, especially considering the modesty of Puritan times.

Just as some of the public remained silent in the 1600s, so do too many people today seeing the violation of the personal liberties of other Americans remain mute. If the media does not cover it and ordinary citizens do not protect the rights of the few for the greater cause of the protections of all Americans, we place ourselves upon a dangerous precipice. Left unguarded, this apathy of the masses results in more and more limited "freedoms" the Founding Fathers had hoped to protect for all the ages to come.

The Witch Hunt Fall - Why We're Lucky They Hung

While the torturing of innocent people was horrific and defies our common rational, there was a very serious believe that the Devil walked among the people in those days and any action deemed necessary to defend against the Devil was acceptable if it resulted in protection of the "virtuous." A century later, when colonists had reestablished rational thinking, society benefited from the fall out of the witch trials. Think back to middle school. Do you remember the what's in the First Amendment is?

"Congress shall make no law respecting an establishment of religion, or prohibiting the free exercise thereof; or abridging the freedom of speech, or of the press; or the right of the people peaceably to assemble, and to petition the government for a redress of grievances."

Thomas Jefferson introduced a bill (supported greatly by James Madison) to protect the citizens in the freedom of and from religion, in 1777, which was passed in 1779. The witch hunts of the previous 300 years had ended nearly100 years prior but the effect of that period in time was so pronounced with the Founding Fathers, that they found it crucial to include it as the first thing they wrote in the Bill of Rights!

A Preacher Started It, Two Preachers Ended It

The Salem Witch Trials: A Day-by-Day Chronicle of a Community Under Siege
Buy Now

A year after the witchcraft trials were halted, Increase Mather released a book called Cases of Conscience Concerning Evil Spirits which included the text, "It were better that Ten Suspected Witches should escape, than that one Innocent Person should be Condemned".* This introduced the idea common to our courts of "innocent until proven guilty" and proving the alleged criminal guilty beyond "reasonable doubt."

Our society must keep guard against future witch hunts that would serve to reduce us to maniacal and panicked Puritans. Two years ago, in 2010, the resurrection in some pockets of America, of the idea of children as witches resurfaced in some Christian communities but was driven out by rational citizens.** Maintaining our rights is every citizen's responsibility. 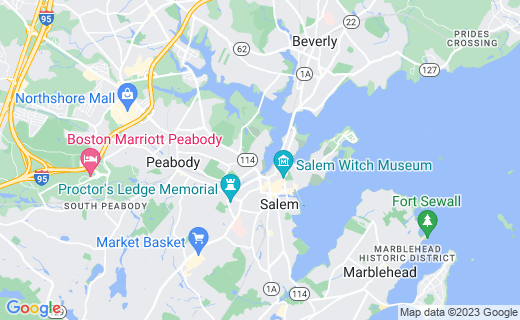