A Land Untouched By Man

Wyoming remains the rugged but beautiful land of cowboys and ranchers, country women and straight-talkers. An untouched part of the United States, it's an accurate reflection of what our country once was, before Europeans settled in other parts of America. It's hard to understand why more difficult climates, such as the desert city of Salt Lake City or Las Vegas grew into metropolises while Wyoming was left in her pristine original state of being.

Driving southward-bound through the state, here is a refuge of the animals immortalized by the old song, "Home On the Range." Here, you will see the deer and the buffalo roam, wild Mustangs graze free, and all manner of small creatures living in abundance, such as rabbits and snakes.

A Different Breed of People

The most striking thing about Wyoming is the people who live there. They are real people who work hard, care for their neighbors, and live the life of the old way: on ranches and homesteads. The men dress as the archetypal man of the West and the women are strong-minded and fierce. They meet in small towns to pick up supplies, to worship, and to socialize.

As a California girl, I found myself in stark contrast to these seasoned veterans of the land. Standing in the only gas station, in my cut-off shorts, tank-top and flip-flops, I appeared a curiosity to those in my company - only they were too polite to say that I was a fish out of water, an obvious stranger amongst them. 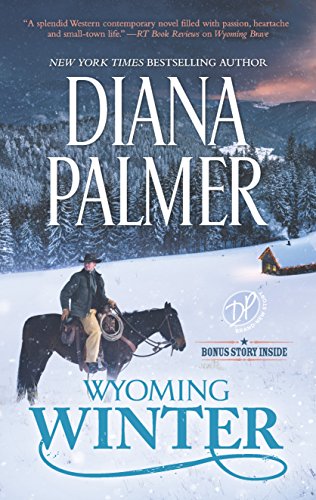 Where To Go In Case of an Emergency

If, for some reason, the United States ends up with a war on her own soil, or a national disaster so great - such as half of California falling into the sea - occurs within my lifetime that I absolutely must find another place to live, I know just the place to go. Wyoming. This is the one state where you can live off the land, if you know how to hunt and fish, where people care for each other, where people still know their neighbors and where your word is your bond. It's not a target of crazy bombers because not a state filled with commercialism or even any specific great amusement parks, huge cities or landmark malls. It does have some national parks but you don't have to go there, if the world (as you know it) ends. It has a low population, if you measure population by square miles. Yes, if I have flee with my children to some part of this great nation, Wyoming is the place to go.

Some of the Best National Parks

Yellowstone National Park - The first national park in the world, this park is the location of Old Faithful, an amazing geyser. Several hotel options are available at this park for the non-camper.

Grand Teton National Park - Home of the Snake River, this park is run by the National Park Service and home to the grizzlies. A beautiful adventure awaits but the smart camper will take bear precautions to avoid close interactions with the native creatures that live there.

Devils Tower National Monument - Outside the actual impressive Devils Tower with it's easy 1.3 mile hike most any visitor can manage there also is boating, fishing and rock climbing available as some of the options to the traveling naturalist.

Nature Will Find You in Wyoming