Perhaps one of the most daunting tasks for any aspiring poet is the first time they attempt to write a French Sestina poem. Writing a Sestina requires a good bit of thought and time, but it is a poetic fixed form well worth the effort to master, even if it is a complex fixed poem form known as a “Trobar clus" (closed poetic form). This little-known and problematic form of French poetry was customarily only appreciated by the privileged or tasteful patrons. Furthermore, the Sestina is the perfect poem form for a somewhat long narrative well told in poetry form.

There is somewhat of a bit of controversy over who exactly came up with the French Sestina poem format. It seems to have originated sometime in the twelfth century and many credit the first known Sestina to Arnaut Daniel, promoting the idea that he was a troubadour, when actually he was in my opinion more likely a Trouvère poets. Trouvère poets were subsidized by their titled benefactors and a few were of blue-blooded bearing themselves. Regardless, it certain that Arnaut Daniel was for many of his time, a very famous poet (and mathematician) and greatly admired by other literary masters, such as Dante and Petrarch.

Since Sestina’s are meant to be performed not read aloud or memorized by spoken word artists, but sung to music it makes it difficult to know for sure who exactly came up with this difficult poem form.

The ending word scheme and order of lines of a Sestina are as follows:

Your best bet is to choose six words that you possibly want and play with them. Nouns and active verbs work best. Consider that after you write your first stanza it is best to make a list of all the ending words (terminals) to have them convenient for writing your next five stanzas, along with the ending and center words of the Envoy. Think witty light verse rather than strict poetry. However, some poets swear by another method for writing a Sestina, in that they simply write the first six line stanza and then rework it into improved end words.

Usually, I find that writing a Sestina is a work in progress even once I initially think I'm done with it. The Sestina below is an example, that I no doubt will come back to again and again before I am completely satisfied with my results.

We were the smiling comfortable fools

While the American dream was secretly stolen and gone

Where or where has the middle class gone

We were the borrowers the bankers made fools

Upon which our backs record profits posted

Where big worries loom down the road

Where budgets no longer include any road

While food in the food banks are often gone

Where the homeless include Veteran faces

We are the middle class uninsured fools

Raising " Occupy" signs all over the land

Of which the news media reluctantly posted

Where the arrested must have bail posted

Where freedom of speech took another road

Raising "I Am the 99%" wherever there is public land

While a lifetime of work pensions are all but gone

We were the true believer capitalism fools

Where the rich and their lobbyist friends don smiling faces

We were too trusting apathetic fools

While many of our young soldiers were Middle East gone

Raising a new generation of broken and wounded in Veterans land

Raising another generation of broken in an under-educated land

Where futures do not show in shining fresh faces

While hopes, dreams, and a way of life are mostly gone

Of which the depression of the masses keeps getting posted

Where reality begins to take the lower road

We are marching to a middle class long gone

Who were the fools and what will happen in freedom land?

On this long road with many faces.

We the disenfranchised cried out and posted, if not what was American will soon be gone.

Now, if you are really wanting a challenge you should try to write a Double Sestina. Similar to a Sestina with twice the amount of work, the Double Sestina follows poetic rules of: 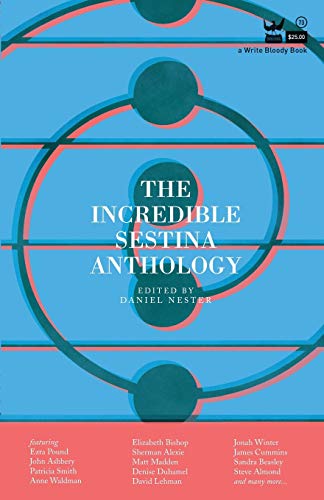 If You'd Like To Know More About French Sestina Poetry!