Under the Glacier, A Superb Icelandic Novel

Icelandic author Halldor Laxness, winner of the Nobel Prize for his novel Independent People (1946), has written over sixty novels during his lifetime (1902-1998), but, as many critics note, Under the Glacier (1968) is quite different from any other novel he has written.

In her introduction to the novel, Susan Sontag writes that Under the Glacier is a multi-genre novel being a unique blend of science fiction, mythic allegory, fantasy, fable, spoof and philosophy. She regards it as a masterpiece of modern fiction. It is based on an ancient figure from Icelandic saga coming to life in the twentieth century. Porgunna, the legendary woman who came to Iceland from Ireland in ancient times, is responsible for uncanny happenings in the small settlement of Glacier, Iceland. She had the ability to resurrect herself from the dead and bake Irish bread for the guests at her own wake! In a sense, Ursula (known as Ua), the Lutheran pastor's wife, is a sort of Porgunna, coming from Ireland (or possibly Spain). She is reported to be dead and buried in a coffin placed on the glacier to await resurrection.

The Lutheran Bishop of Iceland sends a young emissary from Reykjavik to Glacier to find out what is going on in this small community under Snaefells Glacier. It is rumored that the church has been closed down and boarded up. The young emissary discovers that the rumor is actually based on fact. Not only that, but Pastor Jon has taken up blacksmithing and shoeing of horses.

When the emissary finally gets to interview this local pastor, he is told that he has closed the church simply because the glacier is always open. THe church, claims the pastor, is subject to three key elements: weather, gravity and time. Much like John Muir of Sierra Club fame, Pastor Jon believes that God is still busy creating the world--just look at the force of this giant, grinding glacier. The pastor, like Muir, has a fond affection for birds. Snow buntings always follow him around. He and his villagers believe that the glacier is more than beautiful and that "beautiful" is too cheap a word to describe it. More importantly, they believe that the glacier has the power to resurrect bodies.

Snaefells Glacier is the setting for Jules Verne's novel Journey to the Center of the Earth. It has an extinct volcanic cone in its midst. This cone is not only the entrance to the Earth but also to galaxies. For this reason, the pastor no longer buries bodies in the cemetary, but he has them brought in coffins to the glacier for ultimate resurrection.

Slowly, slowly the nameless young emissary begins to catch on to what is happening in this part of Iceland. And when Dr. Godman Syngmann comes for a scientific visit to Snaefells from California, along with anti-war hippies, the emissary discovers that the fame of this glacier is world-wide. But when Syngmann dies suddenly at Glacier, the emissary demands that the pastor open up his church for an appropriate funeral.

The emissary goes up as close as he can in order to hear the pastor's words during the funeral. He wasn't quite sure if Pastor Jon said the Lord's Prayer or recited "It's a Long Way to Tipperary." For the pastor, far more important than church ceremony is the power of the glacier. It is the Cathedral, the power center, the plow of souls, the source of hope and life-giving waters.

The novel ends, as Sontag suggests, as a pure spoof. When Ursula finally returns after a 35 year absence, her coffin is opened only to reveal a large frozen fish that she serves to the emissary for dinner. The young emissary becomes sexually attracted to the pastor's wife who is not welcomed back by her husband. He must repair machinery at a freezing plant instead!

Ursula drives off with the emissary and the reader fully expects an affair to ensue, but no, she drives her expensive car into a marsh, abandoning the emissary by going to her childhood home and locking the doors. When he hears her loud laughter from inside the house, the emissary can do nothing else but haul his duffel bag out of the sinking car and find his way back to the main road to hitchhike to Reykjavik! So ends this bizarre, witty, thought-provoking novel.

Did you know that Halldor Laxness won the Nobel Prize for Literature? 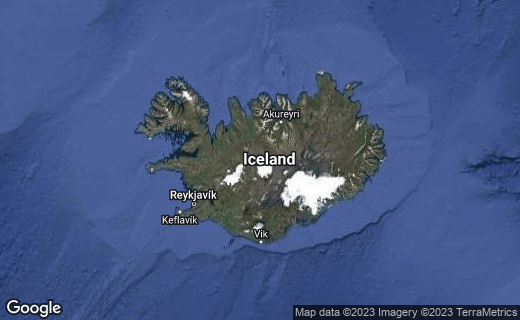