Under the Camp Water Tower Korea

Starting From the Top...

Night made the climb to the top of Camp Long's water tower a tedious task. Major Taylor and I had decided to take our bottle of bourbon onto the top and stare out over our work, a small medical clinic, and into the lights of Wonju, Korea.

The city lights seemed to smear red over the horizon. We passed the bottle between us with large gasps of air as the alcohol took our breaths away. We started drinking in Osan that morning, some six hours away. We drove to Osan with a friend of ours in CID, drank at a few bars, and drove back to wonju and bought a bottle of bourbon.

"Would you be able to kill a man?" I asked Major Taylor loudly.

"It's part of our job description." he replied as he took a large swig from the bottle.

"I don't think I could." I grabbed the bottle and took a swig myself.

"I would much rather be making molds of teeth. You would kill me if I was trying to kill you." Major Taylor looked over at me and gestured for the bottle.

"You are starting to look like a North Korean, which is odd being that you are a dentist." I stammered.

"Well you are starting to look like a piece of shit!" Major Taylor stood up to his full height and pressed the bottle firmly to his chest.

"Sit down Major!" I stood up myself and pretended to put on an air of brutal majesty.

"Who are you talking to Sergeant!" Major Taylor rushed me, to take an imaginary stab at my heart, and his foot slipped.

I reached my hand out to grab his, yet could only manage to lightly touch his fingertips before he fell from the water tower to the darkness of the ground below.

Things are Only Slightly Broken...

I stood in the Military Police Station and stared down at my hands. They seemed like the same hands that I had before only a little more callous. The lines took on a deeper contour and my fingers seemed thicker and full of purpose.

"Sergeant Moore, you are free to go."

"Go where." I asked as I sat up from the hard plastic chair that I had sat on all night.

"I don't give a fuck! Out of this office! Out of my sight!" The Military Police Officer took his paperwork and stomped away from his desk to go into the backroom.

I shuffled through the front door and took a cigarette out of my pocket to smoke. My hangover applied pressure behind my eyes as I closed them and looked on into the shade of blue that bruised my eyelids.

Tomorrow was another day and our unit was no longer going to take a slight rest and relaxation period. I had to check out my M16 from the armory, pack up my field bag, and stop by the Cantina to drink a few drinks. My legs felt as if they would fall off. Major Taylor survived his fall with a broken leg, but tomorrow we had to train. I may have to pretend to save lives like the Army sent me to school to do, or I may have to pretend to take lives.

Somehow I had lost the choice of whether killing was a moral act. My country explained to me the necessity of killing in case of an emergency. We were told to understand that their idea of what an emergency was, was much different from ours. We were told not to think about it because they had committees of politicians who felt that death would be the only way to move our country, and the world, into the future.

The rain in Korea had not stopped for five days, like the way things were in Monsoon seasons. Our unit was right in the middle of a field problem that required we get up at 4:00 every morning to run guard. This meant we had to lie on the wet grass along the perimeter of our camp with full chemical gear. The wetness and the cold seemed to seep into my skin until it became a permanent part of me.

The rest of the morning we trained in full chemical gear. We ran a medical decontamination site for all incoming soldiers. At around noon our unit packed up and marched out to the range. The rain continued to fall and the temperature dropped to where our breath froze into frost as it left our mouths. We held our M16's and waited in attention to crawl into our assigned foxholes facing a 300-meter target.

I sat within my foxhole and placed my M16 toward my target. The wind blew cold rain into my eyes and caused my eyes to blur. My finger trembled in the cold as I held onto the weapon's trigger waiting for the signal. Without my knowledge the trigger clicked and fired a round. The range sergeant ran down the middle of the range and grabbed my M16 from my hand releasing my clammy cold grip from the rifle.

"Damn it Soldier, don't fire until we say it is time. You almost killed me! Get out of that foxhole and assume the position."

Back to Saving Lives...

Snow had begun to fall over Korea. All the buildings were covered with what seemed to be at least a few feet of snow. We walked to and from the dining facility from the clinic in our issued cold weather gear. Today was Saturday and I planned to sleep in as long as possible.

At about 0600 my walkie talkie began to wake me from my wanted sleep. I rolled out of bed and fell over my bedstand reaching for my walkie talkie. When I finally had a grip on it, I hit the send button.

"What the hell are you waking my up for! I screamed into the receiver.

"Oh you are awake. Good. We have a First Sergeant here having a good old fashioned heart attack."

"No shit. I'll be there in seconds." I flew up to my closet and put on my BDU's and my cold weather gear. I stopped in my bathroom to quickly brush my teeth and ran outside to face the snow and cold.

The sky was filled with large fresh flakes of snow. Each flake that fell on my poncho stuck. I could feel the weight of the snow hold my head down as I walked quickly as I could over the packed snow to the clinic.

I threw open the door of the clinic and stomped in to break all the snow from my boots.

I ran as quickly as I could into the E.R. off the the right of the entrance.

A soldier was lying on the E.R. table with his shirt thrown open.

"Shit, Sergeant. Stand back I'm going to hit this guy with a thousand. Screw the flash charts. All Clear!"

"What the fuck are you trying to do? Trying to kill me!" Screamed the First Sergeant at the top of his lungs. Suddenly his face began to deflate and his complexion turned grey. He laid back down on the E.R. table.

"Get a Helicopter Evacuation to Yongsan, Sergeant. Call for back up and get him out of here quick. This Sergeant needs some serious cardiac care. Oh, and find me my can of chew." Captain Bryant walked pass me and touched me lightly on the shoulder. "And Sergeant go get some sleep."

I sat with a bottle of vodka, in our medical clinic in Wonju Korea, after the lights had been turned off. It was Christmas and I had just got off the phone with my parents in Reno. This was my last month in the service and I picked up an American Highway's Atlas from the top of my desk. I decided to move to Montana, so I flipped through the Atlas to Montana.

I took my finger, closed my eyes, and placed it on the map. Great Falls Montana was where I decided to move and spend my army money. I stood up and turned off the lights to my office and began to walk in the dark to the front entrance. I could see the window of the front door light up from ambulance lights flickering outside. I heard the siren and decided to turn the lights on for the emergency if it came my way. As I turned the lights on Captain Jones came plowing into the room with Sergeant Karston. They told me that the ambulance had picked up an overdose patient and they needed help.

I immediately sobered up and offered my assistance. We ran outside and pulled a young female private out of the ambulance on a stretcher and ran her into the clinic. Inside the Emergency Room Captain Jones quickly began a gastric lavage down her throat. Once the tube was in place he poured a small bottle of activated charcoal. All at once the soldiers stomach contents shot out of the tube as if water from a hose. The tube began to gyrate under the pressure of the stomach contents and sprayed everything.

We were able to stabilize her and carry her to the helipad located outside the south entrance for evacuation. We loaded her onto a helicopter shortly after it landed and sent her to the military hospital in Yongsan. Sergeant Karston and I sat on the helipad covered in black stomach contents and smoked cigarettes.

"Do you think that after all the things we have seen catch up to us we are really going to care?" Sergeant Karston took a drag on his cigarette. 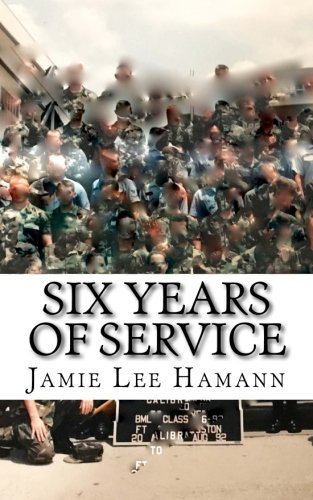