Veronika Decides To Die by Paulo Coelho: A novel of Redemption

Be careful when judging a book by it's title.

Given the title Veronika Decides To Die, I was surprised to read under the title, "A novel of redemption". It seemed strange to think that something positive could come from a novel whose title hints at a suicide attempt, but it was clear after just a few pages, that all was not as it seemed on the surface.

It is also the story of not just one, but several individuals who are being treated at a mental hospital called Villete. Each character is there for their own individual reasons and as Veronika gets to know their stories, so does the reader.

Soon after Veronika wakes up from her medically induced coma, she is told that even though she survived her suicide attempt, she only has a few days left to live, so it seems that she has been given a second chance at both life and death. The book follows her as she lives out the next few days inside Villete.

Using her own perspective as well as the perspective of her Doctor, the book progresses with her going through different phases of dealing with her situation including depression, hostility, rebellion, and even inner strength and well being.

The other patients witness her and she causes them to ask themselves: What about us? What are we doing here?

The book opens with Veronika choosing to take sleeping pills in an attempt at suicide. It follows her thought process for a few minutes until she loses consciousness and wakes up a few days later in a mental hospital. There, she experiences her own recovery and setbacks, and also witnesses the treatment (very detailed at times) of several other individuals. Meanwhile. her Doctor is making notes of her progress, noting her methods of treatments and how she is reacting to them.

This one young (24 year old) woman named Veronika has a profound impact over the next several days on the life of everyone at the hospital.

One of the last lines of the book is when one of her companions says "a miracle happened: another day of life."

A few questions raised by the book.

Where is Slovenia? To find out why this is an important question, you must read the first chapter. Although the story does take place in the capital of Slovenia, there is more significance to the question than that.

What is "Normal"? In the book, anyone who lives in their own world is crazy. In other words, society defines people who are different from others as crazy. A person defined as normal may see things differently than other people. They may, for example see a necktie as just a piece of cloth with no real purpose, while "normal" people may see it as useful as a decorative piece of clothing.

Should people who are "not normal" have more restrictions on behavior standards or should they be given a greater tolerance because they appear to be not "normal"?

Even if life is routine and dull, would we have more inner peace if we thought we could choose the outcomes instead of being just victims of fate?

Is attempting to take your own life something proper for a normal human being?

What is the real "I"? Is it what you are, or is it what others make of you?

Is it ethical to mislead or lie to someone, if it would that person feel better?

Ten other points raised by the book... 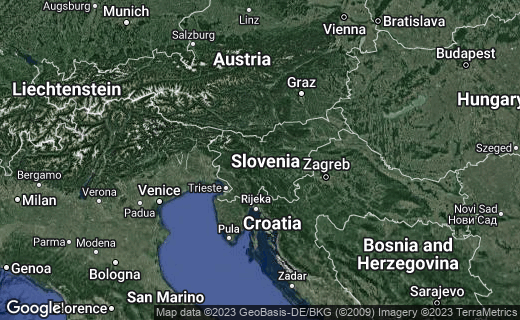 "You're someone who is different, but who wants to be the same as everyone else. And that, in my view, is a serious illness."

The book in one quote

"Live. If you live, God will live with you. If you refuse to run his risks, he'll retreat to that distant heaven and be merely a subject for philosophical speculation. Everyone knows this, but no one takes the first step, perhaps for fear of being called insane..." (page 152)

Continuing later..."I'm tired of the life here. I don;t know if I'll manage to overcome my fear, but I've had enough of the Fraternity, of this garden, of Villete, of pretending to be crazy."

Other notable quotes (from Zedka)

"And, laughing he'll say: 'You're crazy!' And I'll say:'Of course I am, I was in Villete, remember! And madness freed me."

"I need to run the risk of being alive."

"Our marriage is starting all over again and because we're both crazy, like those who first invented love."

The people in Veronika's life

All of these people, by witnessing Veronika's transformation find their own path to recovery.

More about the book.

This book, Copyright 1998, was based on events in the author's life in Brazil during the 1960s, Originally written in Portuguese, the book was translated into English copyright 1999 by Margaret Jull Costa, and a hardcover edition was published in 2000 by HarperCollins Publishers.

It was also made into a movie in 2009 starring, among others, Sarah Michelle Gellar.

This book is a lot like something I would have read as part of my Summer reading program in high school. While it has been many years since that time, I have fond memories of reading such books and discussions which followed.

Books such as this one raise discussion topics related to Sociology, Medicine, Philosophy, Psychology, Theology, Literature, and many more. Besides being a great discussion starter, it is a book that you really don't want to put down once you start.

DVD cover for the 2009 movie version

Some music with the same theme.

If you've read the book, how do you rate it?

5 out of 5 stars from 1 rating of Veronika Decides to Die, the book