Wading into Murky Territory: Welcome to the Series on Mary-Sue

Yes, I’m back and I am writing my blog again. Hopefully I can get back to the post-every-Monday-night schedule. Right now I’m running between my original fic, my fanfics, and getting a freakin’ job.

So please, bear with me.

This blog is taking a slightly different direction. Yes, it will defiantly be about writing because you can’t get around this topic without discussing this phenomenon/plague referred to as the Mary-Sue Syndrome.

What is a Mary-Sue?

That is a good question.

I had originally heard that a Mary-Sue (or its male counterpart, called a Gary-Stu here for clarification) was an original fan fiction character that was perfect. I mean, literally perfect: beautiful/handsome, talented, everybody adored them, popular, smart, so on and so forth. They also had unusual physical characteristics (i.e. bizarre eye color, scars,) were half-breeds (half elf half human, for example,) were somehow related to one of the canon characters, had superb magical talents, tragic pasts and such. If a character contained these or more of these characteristics, they were considered Mary-Sues or Gary-Stus and their authors would be symbolically burnt at the stake in the form of ridiculous and often hurtful criticisms by the readers.

I was a little worried about creating a Mary-Sue because I had seen the horrible remarks regarding other people’s characters, but only once was I gently warned that one of my characters was bordering on Mary-Sueism. I thanked the reviewer and went back to tweak the character. No big. I never really thought much about it after that.

I recently began reposting some old Legend of Zelda fan fiction on deviantArt.com. Trust me when I say the stories are old: we’re talking thirteen years now. I took them down and decided to fix up a few things, partially the character of Vanessa, my OC character who was unwillingly sent to Hyrule to help Link and Zelda to fight my OC villain, Lamia Carna. Vanessa was a complicated character from a pair of unwritten Tomb Raider fanfics, and I thought that she was a fun character to work with so I decided to use her again for what I had originally decided was the final time.

Thirteen years later, somebody said that Vanessa was a Mary-Sue.

I didn’t get it, so I reread what I had written a long time ago. I was already thinking about cleaning up the fics anyway, and even back when I was sixteen I remember looking at the story I looked back at it a short time later and thought, “Aw, crap. Vanessa sounds like a Mary-Sue. I didn’t mean for that.” Still, I understood that she was already a developed character from another fic (I’ll explain this in time), and I just didn’t feel like bothering with it.

I reread Vanessa’s part and shrugged to myself. I didn’t think that she was a MS, but then again she was already an established character. She was supposed to be in two Tomb Raider fics where you see how she grows and develops as a character. She just kind of got flung into the LOZ stories because I wanted there to be a tie-in from the TR stories to the LOZ stories.

Of course I noted a few spots that needing changing. There were some MS symptoms that written in because I had writer’s block at the time and needed to write something to keep going. I’m being honest when I say that I never liked those parts and I’ve removed them in the updated versions.

But there was something that was beginning to seriously bother me.

Seriously. It’s not just fanfics, it’s in the media. It’s in movies. It’s in comic books. It’s even in real life (do you remember that cheerleader that was president of your graduating class, was prom queen, was home-coming queen, volunteered her time at three different organizations, was in the drama club/track and field/on the swim team/played volleyball, won dozens of trophies, was disgustingly pretty, extremely popular, praised by every damned adult in the tri-county area, had the boyfriend everybody lusted over, and still got A+s in all of her classes? Yeah, I can remember at least three of those. And yes, I loathed her too.) My point is that there are MSs/GSs all around us, and the majority of us don’t even know it. Therefore, it can’t be helped (to a certain extent.)

I brought this up with some online and offline friends of mine. We all sat together and talked about what a Mary-Sue/Gary-Stu really is. We listed and debated what we thought were MS/GS traits, what’s acceptable, what’s not, who can be considered a MS/GS, can a MS/GS character be rescued, etc.

In the end, we all came up with the same answers: either “I’m not sure” or “I don’t know any more.”

I started getting ticked off.

The clincher came when I received messages from several people saying how they used to write fanfic, but they were either attacked online for having a Mary-Sue, or were so afraid or in a few cases so embarrassed about possibly having a Mary-Sue that they stopped writing altogether. I really got mad, and thought it was time for a change and clearer definition of Mary-Sue and Gary Stu.

I spent this past weekend writing down notes, and I was amazed how much I came up with. I already have at least five people who are interested in contributing, and I will happily accept any feedback, suggestions or experiences. I know this sounds dire, but when I realized that people were giving up writing or were just afraid to post entirely it really did feel like a kind of emergency. This has got to stop!!

As I wrote down my ideas, I realized that between talking about MS and talking about writing in general, there was defiantly going to be more than two or three entries. I don’t know if you’re at all interested, but I know that some employers and potential book publishers like to look at this stuff, and I desperately need money. So, clicky-clicky on the ads, please!

Now, this basically is basically an outline of the next few articles I want to write. Nothing’s set in stone, but here’s the basic idea.

Week #2: What are MSs & GSs and Why People Write Them

Week #4: Going Overboard With the Flaws

Week #13: Getting Rid of Mary-Sue in Your Original Writing

In addition, I’m going to slip back into assistant teacher mode (so long as a class of 25 year olds doesn’t devolve into a class of 5 year olds … AGAIN!!!!) and assign some writing tasks. I’m not trying to be pretentious here, it just occurred to me over the weekend that it’s one thing to talk about it, but it’s another thing to talk and about it have people actually apply what I’m saying to their characters. In addition, I’m totally fine with offering up several of my fanfic characters for dissection. I’ll show you how I evolved them.

Oh, and for the love of God, never take a Mary-Sue Litmus test online. You’ll thank me.

Now, let’s get back to today’s lesson/set up for next week. Below is a general list of Mary-Sue traits as commonly found on the internet.

· Liked by all characters

· A character that the author wishes they could be (self-insertion)

· Is the only one who can wield a particular weapon

Okay, that’s the general list. Now I need you to identify the following character based only on what can be considered/are considered MS symptoms:

She’s a very pretty teenager. She has super strength and speed. She’s popular with both kids her own age and with adults. She always has a witty retort. She’s been killed twice. She’s in the possession of a weapon that apparently only she alone can handle. She has a good repertoire with her parents. She can learn how to use a new weapons in five minutes (less, actually.) She’s had several boyfriends, all of which are gorgeous, and often attracts the attention of other men. She wins about 75% of every fight she’s in within two to ten minutes. She used to be a bully, but changed drastically. She’s perky. She’s friendly. She has lots of friends. She’s almost always very confident and not easily frightened. She’s extremely good at martial arts and gymnastics.

So take a guess and post it please. I’ll reveal who it is next Monday, and please don’t tweak when you find out who it is. I’ll explain it all then. And please contribute what you have: opinions, ideas, feedback, suggestions, etc.

See ya next week!

What You Should B Reading: Writing 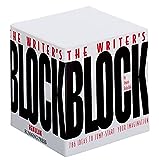