What Happened to Choose Your Own Adventure Books?

The Rise of Choose Your Own Adventure

The very first book in the Choose Your Own Adventure series was The Cave of Time, written by Edward Packard in 1979. It was published by American publisher Bantam Books, who were the first to publish Choose Your Own Adventure books, also known as Gamebooks. The book was met with huge amounts of success. Children loved reading an adventure where they could choose what happened, and with forty different endings, the adventure was almost never the same twice. The next book in the series, Journey Under the Sea, was published the same year and did just as well. Bantam Books had struck a goldmine.

Bantam quickly hired more people to write more books. In `1980, they released four books. The next year three books were published, and the year after that there were five new releases. By the time 1985 came to a close, there were forty-five books in the Choose Your Own Adventure series. George Lucas and Disney took notice of the success and commissioned Bantam to write books with their licences. Other publishers created their own gamebook lines, like the Give Yourself Goosebumps series of horror stories.

During the 1990s, gamebooks continued to be released, and they all sold relatively well. Bantam Books had been saved from financial ruin. Printing a new Choose Your Own Adventure Book was like printing money without getting a strongly-worded letter from the Federal Reserve.

Did you read Choose Your Own Adventures?

Turn of the Century Choice

By the start of the 20th century, Bantam Books had published fifty Choose Your Own Adventure books. Thousands of copies had arrived in the hands of young readers. Imitators jumping on the gamebook bandwagon had also made plenty of money. The biggest choice a child that loved gamebooks had to make was which book to buy next. Gamebooks spread out into all sorts of genres. There were sci-fi, action, history, and even romance gamebooks.

Gamebooks began to reach a more expansive audience. Grove Press released a series of gamebooks for adults with their Behind Closed Doors series. McGraw-Hill published some simple gamebooks for ESL readers. Gamebooks were translated and sold in other languages. These were all successful.

The Fall of Choose Your Own Adventure

Unfortunately, the gamebook could not hold people's attention forever, and sales began to decline. This was partially due to new trends in reading and partially due to the difficulty of writing a gamebook. The stories might jump all over the place, events could occur out of order, and sometimes books would be published with missing pages, looping scenarios with no exit, and endings that could not be reached without cheating. It was also more difficult to achieve a natural pace with these stories. Readers were not sure how good a story would be until they read the whole thing, which consisted of multiple play sessions. By the turn of the millennium, gamebooks were rarely published.

Choose Your Own (Text) Adventure

This did not mean the gamebook was dead. In 1974, Will Crowther created the text-based game Adventure. It was passed around the early internet in the 1970s, and still is played today. Other text adventures were made, and they were popular.

Both company's games were known to be difficult. People sometimes had problems understanding what the text parser could handle, understanding puzzles, or even getting around the copyright traps. Game overs were frequent and often difficult to predict. These encouraged players to work together to find the answers. 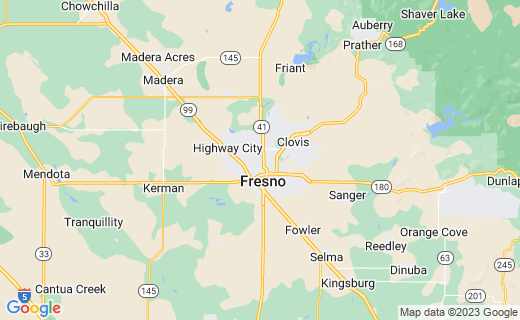 Ascii graphics were added to text adventures to make the games more interesting to buyers. When the first computers capable of handling graphics came out, Sierra and Infocom started to capitalize on the technology. They created point-and-click games. Gone was the befuddling text parser. In its place was a series of commands that could be entered by clicking on the screen. The commands were generally known as "look", "touch", "use", and "talk". The graphics allowed for different puzzles and original storytelling devices.

The games were still notoriously difficult. Infocom games confused players with convoluted puzzles, and Sierra's games killed the player characters on a regular basis. During the heyday of the point-and-click game, a new company entered the market. This was George Lucas's game studio, Lucasarts. They created some of the most well-known point-and-click games, including The Secret of Monkey Island and Maniac Mansion. They brought a new style to the game, as their games would usually prevent the player character from dying. Lucasarts games would let players kill a hamster in Maniac Mansion, but that is besides the point.

Point-and-click games are still popular today. Tim Schafer's Double Fine created the point-and-click game Broken Age in 2013. It has received positive reviews from critics. The Choose Your Own Adventure is still available, but it's in a more expansive form. The books now come with hand-painted visuals and a star-studded cast, providing more than your imagination ever could.