What Kinds of Books Were Printed by the First Printing Press in the Americas?

In 1455, Johannes Gutenberg completed his famous "Gutenberg Bible," the first book printed using movable type. By the year 1500, roughly 2,500 European cities had movable-type printing presses. By 1540, one of those presses had made its way across the Atlantic Ocean to North America and was printing materials for the Spanish Viceroy in Mexico. A hundred years later, printing came to British North America. The continent has had printing ever since.

The first printing press in North America arrived in Mexico sometime in the 1530s. Archbishop Zummaraga of Mexico had been ordering catechisms in the native languages from Seville, Spain. To save the cost and trouble of shipping, he and the Spanish Viceroy arranged for a printer and a press to be sent from Seville to Mexico City. The press was operated as a branch office of Juan Cromberger's printing house, one of the largest houses in Spain.

The primary purpose of the printing press was evangelism of the indigenous people. The press printed bilingual catechisms with the text in Spanish or Latin on one side of the page and in a native language such as Nahuatl or Tarascan on the other side. It also printed primers and breviaries for the church in Mexico and proclamations and notices for the government. The oldest extant work from this press is the "Manual de Adultos," a baptismal manual, which is dated 1540.

The first printing press in British North America is sometimes referred to as the first North American press because it is the first press to have a continuous presence from its founding to this day. That press, set up in Cambridge, Massachusetts, was under the auspices of Harvard College. Its purpose was to meet the needs of the college and of the Puritan leadership of the Massachusetts Bay Colony. Because the content of the printed matter it produced was carefully monitored, it often stood idle as writers of unsanctioned works sent their manuscripts to London for printing.

The first printed work produced by the Cambridge press was a broadside entitled "The Oath of a Freeman," printed in 1638. It was a one-paragraph oath written for the male citizens of the commonwealth by which they promised to be loyal to the government. The first book printed by the press was "Bay Psalm Book." It was printed in 1640 and was a translation of the Psalms from the Hebrew into English for use by Puritans. The second full book was the "Eliot Bible," a translation of the Bible into Algonquian. In general, the purpose of the press was to produce materials that would be spiritually edifying to the residents of the colony.

Where were the first presses in North America? 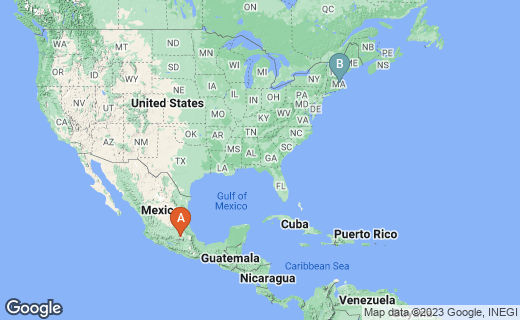 Location of the first printing press in North America

Location of the first printing press in British North America