What Places Literature in the Children’s Section?

What Places Literature in the Children’s Section

It is safe to say that all literature is not the same; it’s also safe to say that not all literature can be placed in the child’s section or in the adult’s section. Some literature is enjoyed by both children and adults. Literature is not written differently for children, in general some books are longer than adult book, take for example, “Little Women” by Louisa May Alcott; a children’s book and is 759 pages long, compared to a romance novel, “At First Sight” by Nicholas Sparks that has 332 pages and is classified as an adult book. If not the length or difficulty of the book then what places a piece of literature in the children’s section?

The article "A Child's Garden of Subversion" by Alison Lurie is a great example of this. In this article she says “…what – besides intention - makes a particular story a ‘children’s book’?” This is a good question and often stirs up vague answers. A child’s book is not poorly written or written in jargon only a child can understand, if anything, authors try to use more correct English to help children learn the proper way of speaking and writing. There are exceptions to this, poets and authors can often make up words but the context around the made up word makes the made up word have meaning and it makes sense because of that. Lurie says that classic children’s fiction generally have a plot about them that are based on the simplicity, charm, serenity, or other characteristics generally attributed to rural areas. She says “It is assumed that the world of childhood is simpler and more natural than that of adults …children, though they may have faults, are essentially good…Adults in most children’s books… are usually stuck with their characters and incapable of alteration or growth.” With this being said, not including picture books, a majority of conventional children’s literature feature these. The series, “The Baby-sitter’s Club” by Ann M. Martin features children doing good and trying to help others. Surprisingly enough, “Harry Potter” by J. K. Rowling, a series that is very popular with the teen age children and the adults is classified as young adult fiction. This series features a “good or golden” child, Harry Potter, and his friends that are as close to good as you can get fighting an evil wizard, Lord Voldemort, that is set in his ways. Lord Voldemort is the antagonist of the story and is done away with at the end of the series. These two books listed agree with Laurie’s description of what makes a piece of literature child’s literature.

Laurie also says that adult book has three main essentials to their stories “…sex, money and death…” if not all three of these, then the first, sex, is always left out of a children’s literature. The latter two are very faint in the context and are not made a primary detail of the text. Love is used in some texts but is romantic like in “Cinderella” or “The Little Mermaid” both classic children’s tales. Money if it is used, it is usually a treasure or a reward of some sort. In the story “Treasure Island” by Robert Louis Stevenson, the author tells a tale of pirates and buried gold, this book is also a children’s book and features children seeking a treasure of gold that was lost long ago. If death is used it is usually an adult in the book that dies like in the “Harry Potter Series.” Lord Voldemort is an adult and in the end he dies. In the book “The Little Mermaid” by Disney also features death. The old evil squid lady, Ursula dies at the end because she was trying to hurt or kill the others in the story. Death of the Ursula was inevitable, they had to kill her to save their lives, in this case death is used as a survival and does not seem so bad. 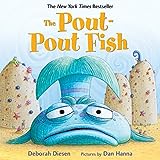