When you think you've seen it all and have nailed the 'well, doesn't that just beat all?' category, think again! If you hang around me long enough or read enough of my stories, you will find that there is always hope of just one more event, one more story - or at least one in the making in the very near future. This one's for Bob but probably just as much for me as I did not take the 'appropriate precautions' to avoid disaster. But if I had, where would the story be? This tale goes something like this.

I have admitted I have a problem with recipes. I am a recipeholic and I don't care who knows about it! If there is a recipe out there, I will sniff it out and do my level best to make sure that I have made it at least once or tweaked it myself. I am fascinated by recipes - I can't seem to help myself. How can there BE so many choices of ways to make things and if there are those choices, isn't it saying something about me as a person if I can't bring myself to trying all of them - just to see if there is a difference?

At least that is the story that I'm going with. Years ago, before it was even fashionable to make doggie biscuits or dog food from scratch, I ran across a recipe in Sunset magazine for liver biscuits. Since we had 4 dogs at the time, I was thinking first of all, it would be a terrifically nutritious thing to do for them and second of all, it would be an economical way to make mega amounts of dog treats and thereby prove myself to be frugal in at least one arena! As I have been known to do so many times in my life, I read this recipe in the magazine, though it was just a great idea, and proceeded to clip it and put it away for a 'rainy day' when I had the opportunity to test it.

Well, such an opportunity eventually presented itself. I was laid up with a pretty good case of bronchitis, so much so that I had had to stay home from work for a few days, which was highly unusual for me. Being the high energy person that I am, I am the worst patient known to man. I do not like being idle, and rather than sitting around while the kids were in school reading or watching TV, I tried to put my time off to good use and do things I normally did not have the time to do. I was a little worse for wear though as my energy was a bit depleted, but I somehow ran across the liver dog treat recipe and decided I could summon up enough energy for THAT for heavens sake!

So off I went to the kitchen. It just so happened that I had bought liver and frozen it for just such a moment! What a clever girl I was! I thawed the liver and proceeded to make my little creations all the while thinking just that - 'what a clever and industrious young woman you are ; not only do you keep a wonderful house, have wonderful children and a great husband, but you go to every possible end to even ensure the health and happiness of your dogs! Oh Bob is a lucky man - and I a lucky woman' . (Probably the cough syrup talking here don't you think?)

I went ahead and finished up my little doggie gourmet biscuits - to be honest they kind of looked like little turds lying there on the cooling rack, but after all, they WERE liver! What was I expecting - some cute little sugar cookies with sprinkles? I figured though that the dogs would never know the difference and would be overjoyed that their master had made them such wonderful little nutritious gifts.

Too bad the bronchitis was kicking in though and after that little burst of activity, I found myself pretty tired by the whole baking and cleaning up episode, so decided to just have a little lay about on the couch and try for once to recuperate. Thus thinking, I headed to the couch with an afghan and a book in hand. It didn't take long for me to succumb to the cough medicine and doze off.

I'm having pleasant little dreams about dogs running through meadows and such when I am awakened by a weird sound. It sounds like someone is gagging and choking and I can't quite bring myself out of my sleepy stupor to tell where it is coming from! Next thing I hear is someone spitting forcefully and repeatedly and it sounds like they are near gagging half to death all the while making sounds like 'pttthaw, ptthaw, bleckkk, bleccck'. When I had drifted off, I was alone in the house, so of course this is not doing a lot for my peace of mind!

Half panicking, I sit up and start to jump off the couch, but in doing this, I somehow activate the stupid cough that has been plaguing me for days and launch myself into a coughing fit the likes of which I'd not yet seen - probably triggered by the anxiety and panic. I am trying to croak out something but I'm just reduced to coughing/gagging and cannot manage to get a word out. Meanwhile, the gagging continues in the other room! I'm thinking a bit more rationally at this point as in 'what kind of burglar comes in and starts gagging ?' so maybe I'm okay and I actually KNOW this freak in the other room.

By this time, I'm coming around the corner and I spy none other than my husband, dear sweet Bob standing over the sink spewing something from his mouth into the sink, grabbing at his throat and muttering all kinds of obscenities in between gags, coughs, and spits. He finally manages to gasp out 'what the hell is in those cookies ?'

Well, now I finally deduce what the problem is - although it's not helping me any time soon! I'm still coughing and trying to croak out the obvious - that they are NOT cookies you idiot! They are liver dog biscuits that your stupid wife made! - but to no avail....and of course now I'm starting to see the humor in it and trying desperately NOT to laugh at him because I am kinda getting the impression that he is not in a good mood! He is still spitting stuff out and has now gone on to filling glasses of water and gulping them down, rinsing his mouth over and over and spewing out the remains of what has to definitely taste like dog turds!

FINALLY, I am able to croak out 'Bob - those were DOG biscuits - what were you THINKING ? Didn't the smell in the kitchen tip you off that they were not for human consumption ?' (I do have to insert here that baking liver biscuits does NOT lend a pleasant aroma to a kitchen or a home and I would not suggest baking them if for instance you were going to be showing your house with a realtor!).

I think that was the wrong answer - because if he wasn't red in the face BEFORE, he is definitely cranking it up a notch now! He spins around to face me, saliva dripping out of his mouth (kind of reminded me of a rabid dog and now I'm wondering if I SHOULD give these to the dogs) and starts to roar at me - 'what are YOU thinking? You just bake these things and then leave them on the COUNTER for some poor unsuspecting person to come along and eat them? Are you insane? ' Well - that did it! NO ONE and I mean NO ONE calls this little crazy woman insane!

I think I countered with something extremely clever like 'well, if you didn't have to go around shoving everything and anything in your mouth that wasn't nailed down - without asking I might add - I guess we wouldn't have a problem, now would we? ' Oh snappy repartee - and then I proceed to go into yet another coughing and gagging fit!

So there we stood in the kitchen, squared off like 2 fighters in the ring - he is red in the face from gagging and coughing and I'm probably about the same - although mine is a natural reaction to illness - his is just plain fury at ingesting dog turds! He is still furious of course that I had the audacity to leave something out and not post giant DANGER SIGNS all over not to eat them - I'm still laughing because I can't believe he would not have a clue that these were NOT for humans...but we eventually compromised and decided no harm done. In the future, I would make SURE that I did not leave things out for him to mistakenly shove in his mouth (yeah, right - it made him happy for me to say it so I did) - and he would have a care and THINK before he shoved things in his mouth without asking what they were (again - sure thing).

I do have to say, the dogs loved the treats and were very grateful to their master for thinking of them! The moral of that story though is what looks like a cookie may not BE a cookie, and it does always pay to ask - especially when you visit the kitchen of one Audrey K with her millions of recipes and since she does not post on a reader board what her new recipe is or who it is intended for!

Okay - so he lived through it! He still maintains that I did it on purpose - I maintain that I did not. I do have to say that he suffered no ill effects. Like I told him, if he didn't start lifting his leg to whiz on the furniture, try to scratch his ear with his foot or hump my leg and if he didn't bark by the next day, he'd be fine - and he was! He did not particularly like my sense of humor over this obvious careless regard for the humans living in his house but all's well that ends well I always say. I got a laugh out of it - so did a lot of other folks in the retelling - and he learned a valuable lesson - ha! If only - but that's another tale for another day.

I Do Not See Any Danger Signs Posted On Here 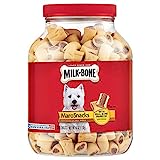 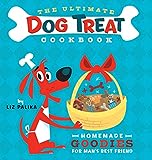 You Can't Have Too Many Danger Signs