Why I Love The King Arthur Stories

If you were to look at the bookshelves in my office, you might notice that the King Arthur shelf is by far the most organized. Yes, I have a shelf devoted to King Arthur. Actually, Tolkien also shares the same shelf, but it mainly holds King Arthur books. There is a reason for it being so organized. I love King Arthur. The first story that I ever remember reading to myself was in fact a little kid’s version of King Arthur, and I was instantly entranced by it. I never recovered. In fact, King Arthur proceeded to infect all my future literary endeavors. This led to my love of fairy tale and fantasy. Thus, my King Arthur shelf is very organized, but I’m not here to talk about shelves or organization. I’m here to talk about the five main reasons why I love King Arthur.

Reason #5: There are swords, wizards, sorcerers, and dragons.

To be honest, one of the reasons that I love the King Arthur stories is because of all the cool stuff in it. I love swords. I also love wizards and sorcerers. And I especially love dragons. They are one of my favorite fantasy creatures of all time. This is weird because I usually do not like reptiles one bit. Snakes scare me.

Reason #4: The characters are human.

This was probably not one of the things that I thought about when I was a kid. I certainly cared far more about reason #5 than about this one. However, since then I have come to love the stories for the sake of the characters, who are human. I don’t mean that they are human as opposed to say elf, but rather that they have their faults. They are all men striving to uphold ideals far greater than themselves. They seek to be noble, good, righteous, just, compassionate, and merciful, but they often fall short. That is why the order of knighthood eventually falls. But even in those closing moments of the tale, we see the knights’ shining example of chivalry despite their many faults. It is no wonder that these tales are held up as the exemplars of chivalry. 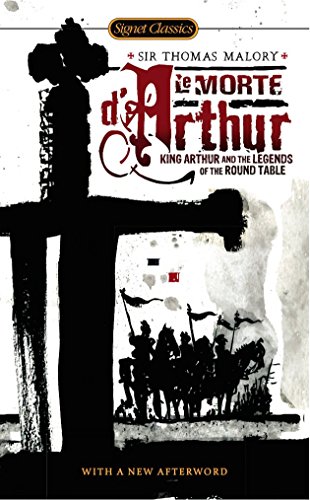 Le Morte D'Arthur: King Arthur and the Legends of the Round Table (Signet Classics)
Buy Now

Reason #3: Lancelot, the worst knight and the best knight.

Lancelot is the most human character of them all when he is done right. He is a complex man on the horns of a moral dilemma. He loves his best friend, who also happens to be his king’s wife. He knows that he should not. Yet he continues to be drawn to her and is tortured by the wrongness of it. I believe Alfred Lord Tennyson put it best when he said:

“His honour rooted in dishonour stood

- From Idylls of the King by Alfred Lord Tennyson

This is what makes Lancelot the worst of the knights, yet it is more complex than that. He is also the best of the knights. Wait, can I really have it both ways? This sounds more like inconsistent characterization than good writing, but it is actually good writing. You see, Lancelot in many ways typifies what a knight is to be like. He first of all has the necessary martial prowess. But this is not enough since knights were also supposed to live by a code. He is kind, gentle, noble, respectful, generous, and caring. One tale comes to mind. At one point, Sir Kay, who was not the best of knights, was beset by enemies, and they wounded him. Lancelot came along and drove them off. He then bore Sir Kay to a safe place to recover. The next morning, Sir Lancelot got up, donned Sir Kay’s armor, and left. His own armor remained behind for Sir Kay. The importance of this is that a knight could be identified by his armor. Now, everyone thinks that Lancelot is Sir Kay and that Sir Kay is Sir Lancelot. Sir Kay is able to return to Camelot without any further trouble because nobody wants to fight Sir Lancelot, but Sir Lancelot is repeatedly getting attacked. The point here is that Sir Lancelot puts the needs of his brother knight, who happens to be a jerk, ahead of his own. He shows love and kindness for Sir Kay. This is what makes him the best of the knights. He is a complex character, who is hard to sum up.

Another reason that I love the Arthurian stories is simply the story. It is the tale of the rise and fall of a great king and of a great order of knights. Because the characters are human, it is a human drama. They aspire to great ideals, but in the end they often fall woefully short. A great example of this would actually be the quest for The Holy Grail. In it, we see the knights give into their pride as they all go on this quest, even though they know that only Galahad can succeed in it. This leads to many of them dying. As a result, they are not there to help King Arthur in the final crisis with Mordred. Another example would be the case of Gawain. While saving Guinevere, Lancelot accidentally kills Gawain’s brothers, Gareth and Gaheris. Gawain cannot give up his hatred and anger of Lancelot until after Mordred begins his rebellion, which is too late. Arthur is also a good example of falling woefully short as he ends up unwittingly sleeping with his half sister, and their union produces Mordred. His fault lay in the fact that the woman he slept with was not his wife. 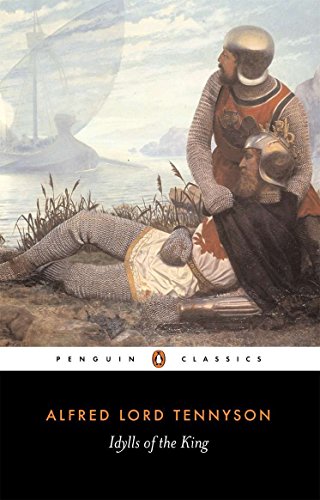 Even though I have mentioned these ideals frequently, I would like to focus on them in this section. It was to an extent from these stories that I first learned the ideas of honor, duty, courage, and self control. The Knights of the Round Table and King Arthur taught me much about virtues when I was young and not always willing to accept this teaching from other sources. The reason that it taught me so much was that the lessons I was learning were hidden in an excellent, enthralling story. Other things, primarily the Bible later reinforced these ideals. As I once said in another paper that I wrote, “My thinking was born in Camelot, nurtured in Narnia and Middle Earth, and brought to maturity at Calvary.” It was indeed at Calvary that I found a reason for the virtues that I had first learned of in King Arthur.