How To Write A Manuscript

She has written seven novels, a book of thirteen short stories and a small book of poetry.

This is part three of four on how to write a novel.

Part One - How To Write A Book

Part Two - How To Write A Book Draft

Part Four - How Do I Get A Book Published

Once your Draft has been completed, story told from beginning to end, a very important thing to do before continuing is to make a back-up of the Wordpad. Then, to be sure, make a back-up of the back-up. It would not be unwise to even make a third back-up. Do each back-up on a separate removable drive. It would be just about impossible for three removable drives and your working machine to all die at the same time, so you should be safe from any losses if one or more goes on the fritz. You can never be too safe. Systems fail. Computers are not infallible. Exterior removable drive back-ups are a must for any writer. There is nothing worse than losing your hard earned work due to unforeseen circumstances. I cannot stress this enough. A story, once lost, is never recreated as well as the original version that came flowing out of your thoughts and imagination. Save yourself the tears of rage and frustration and save your work. Only a few minutes extra of your time and you will sleep better knowing your story is safe. 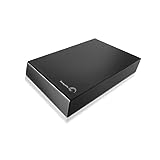 Seagate Expansion Plus 3TB External Desktop Hard Drive (STCP3000100)
I have enjoyed the Seagate removable drive that I bought many years ago. It's capacity is only 300 Gigs but the newer model has a capacity of 3 TB, which is more than enough for backing up a writer's daily work.
Buy Now

When that is done, break the Draft into separate chapters. Doing so will make working with the story easier and less complicated for the months of editing that will follow. It will be easier to work with a chapter at a time than to work with a manuscript that will get longer and longer as the weeks go by. It also makes keeping track of word counts for each chapter easier to accomplish. You do not want to end up with one chapter being ten thousand words and another chapter being only a hundred words, unless it is planned that way. When the Draft has been separated into chapters, make another set of back-ups, and another, and maybe another. Then you are ready to work them. Again, start working on chapter one and do them one by one till you reach the end. A steady, regular work schedule that you used for your drafts should continue during this time as well. Keep to your schedule and your daily planned workload. Once you get used to routine, it is always best to keep that routine.

You will in effect be working on a chapter at a time, starting at one and working consistently till you reach the end. Once you reach the end, you will start over again, chapter one to the end. This process goes on for months until each chapter contains the planned amount of words and each description is clear and concise. The reader cannot see into your mind. Your imagination may see a tree, but the reader may only see a dead twig unless you describe it properly. Imagine yourself describing a scene, or a character, or anything, to a blind person. Imagine that blind person as someone that has just lost his or her sight. The concept of colour and texture is understood but needs to be described so that person may see it in their mind. The better your description is, the better the picture that blind person sees in their imagination. Make it a blank canvas that is coloured by your words into a picture that a person can see with their eyes closed. Make the descriptions rich enough to enable the reader to see what you see, in your mind, without rambling on and on. Clear, sharp descriptions let the reader slip into another world, the world of your imagination.

After months of plumping it up, you have finally reached the word-goal of approximately eighty thousand words and are pretty much satisfied with the story plot, characters, descriptions and rhythm of the story. That is when the really tedious part begins. You will have to read that story front to back at least three times. Each time making corrections in both spelling and grammar. You will be amazed at how many errors you will fine, each time, when you think it is perfect. Sit back comfortably, as a reader would do, and just read it. Make corrections as you go along. When you reach the end, start over. I admit there is nothing really worse than reading the same book over and over half a dozen times, even if it is a book you yourself wrote. It is basically boring work but very necessary to the process.

Use the Word's spell check. Use the Word's grammar check. But do NOT trust it completely. Do not rely on it as the sole method of checking your work. Use it only as a basic checking tool. There are words that, when spelled wrong, are accepted as right by spell check. Take, for example, "Can't"...if you forget that little apostrophe, it will be "Cant" and will be accepted as a proper word meaning to be tilted. It and it's, is another example. There, their and they're, is a third example. Need I go on? There is no better way of checking spelling errors than using your own eyes and intelligence. I like to keep a Webster's Dictionary close by even though I use the built-in Thesaurus of Word to check the spelling and meanings of words to make sure I have it right. The Webster's is an old standby for those times I am not exactly sure. I am a bit old-fashioned that way. I trust my good old paperback Webster's with its frayed, coffee stained and worn-out pages.

Again, I cannot stress this too often, after each work day, make your necessary back-ups of the chapters you worked on during that day. Keep one set of Draft Chapters with the Original Draft in one file folder and make a new file folder for the Working Chapters. The Working Chapters, any that you have worked on that day, will be overwritten each night when you have completed your work. Never turn off your computer or laptop without doing that final chore. After awhile, it will become normal routine to back-up each day's work at the end of a day. No matter how tired you are, no matter how hungry you are, no matter who just showed up at your door, do those back-ups before you close down that computer or walk away. You will not regret it.

I have one special USB removable drive that I keep specifically for my work. Yes, it is a pen that actually writes. The drive hidden inside is small but it can hold many full length novels because the Wordpads are not really very big. Along with my three regular removable drives that I use as back-ups for all kinds of things including my daily work, I use this pen-drive only for my work itself once a book is completely finished. It is a collection of all of my work as an author. Call it my lucky pen.