How to Write Yourself Happy

I write fiction and health content﻿.﻿ I'm a beta reader. ﻿I’ve been published in anthologies. Read more stories at my website.

Psychologist Martin Seligman is an expert on happiness. In his PERMA model he recommends that we maximise five elements that promote happiness for an individual. The following is an excerpt from his Positive Psychology Program:

"Positive Emotion
Engagement - entirely absorbs us into the present moment
Relationships
Meaning
Accomplishments - realistic goals and ambition can give you a sense of satisfaction. When you finally achieve those goals a sense of pride and fulfillment will be reached."

Creative activities can offer a level of engagement and accomplishment, and through creativity often meaning can be found.

Here are some common misconceptions that have crushed many an aspiring writer's spirit.

It won’t make me any money

According to this article, the average annual income is $61,820 for writers. Another article found that in a group of successful authors earning $100k+ per year, 20 percent continued to work to support their writing; in the emerging author group earning <$500 per year, 66% were working or being financially supported.

So yes, most of us following the writing life probably won’t get rich enough to retire early, but many writers are able to make a reasonable living.

Isn’t writing for enjoyment something for kids?

As life takes over, many of us ‘leave childish things behind’ to paraphrase C.S. Lewis, in order to focus on getting qualifications or vocational skills. Then commitments make demands of our time, and pragmatic productivity trumps creativity.

Isn’t it a waste of time?

Parkinson’s law states that work expands to fill the time available for its completion. If we see ourselves spending the weekend knee-deep in household chores for instance, that will be a self-fulfilling prophecy. For a pragmatic look at beating the clock, check out author and writing guru Joanna Penn's advice.

I’d feel guilty if I sat on my own, in my own head

Good writers leave the house and go outside to observe (all right, sometimes eavesdrop) and be inspired by nature. Plus, writing doesn’t have to be in a dingy corner. Joanna Penn (above) likes to write in cafes, as do many authors.

In addition, writing can be a highly social activity in other ways:

How do I start?

What tools are available to support me?

John Gardner's book is an example of gentle instruction that will help you craft a rich story. 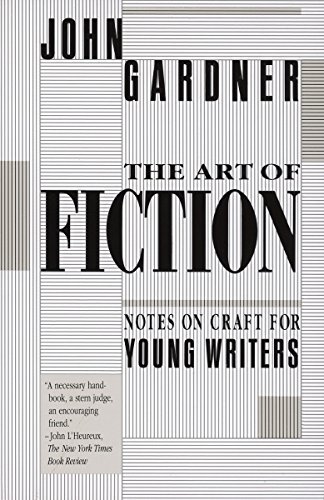 The Art of Fiction: Notes on Craft for Young Writers
I've learnt so much from this book. There is a wealth of advice here. Not just for "Young Writers" as it says on the cover!
Buy Now