When words and dreams collide, poetry results. These poetry hubs reflect my life, my interests and all the things that move me.

Another day slipped away

Carried on the long slanting shadows

Washes of blue on paleness

wearing thin on the edge

As stars tumble out on canvas

Staring at the blinking cursor 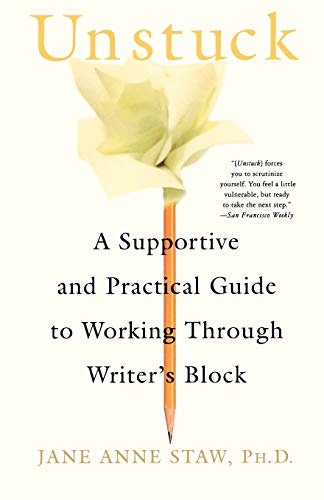 Unstuck: A Supportive and Practical Guide to Working Through Writer's Block
Buy Now

For the writer, the scariest thing is a blank page. When you’re hunched over the keyboard or notepad and nothing comes to mind. Or, you’re writing but what you’re writing seems like a load of crap (well, at least to you) and you’ve used the delete button way too often and your mind begins to spiral down the path of “beating yourself up.” I’ve been there too often. Non-productive days like this past week. I know I can blame that on a bout of flu but on days, when the body is well but the mind is uncooperative, ……I can say it’s curse of the writer’s block.

Writer’s block or writer’s blue…been there?

I can safely say we’re all been there. While some writers will say that it doesn’t exist…just get to it, others will tell you the writer’s block is part and parcel of the writer’s life. It’s one of those humps and slumps we all have to ride. Well,, if you’re experiencing one of those down swings of your creative cycle, here are some help from established writers. Apparently, most of them have dealt with this problem before. And since it’s coming from the mouths of seasoned writers, we can all take heart and go a little easy on ourselves.

Recognize the problem and go from there

My block was due to two overlapping factors: laziness and lack of discipline ~ Mary Garden

If you want to write, write it. That’s the first rule ~ Robert Parker

If I waited for perfection, I would never write a word ~ Margaret Atwood

Don’t get it right, just get it written ~ James Thurber

It’s a Grind but Hang in there

All through my career I’ve written 1,000 words a day—even if I’ve got a hangover. You’ve got to discipline yourself if you’re professional. There’s no other way. ~ J. G. Ballard

There is so much about the process of writing that is mysterious to me, but this one thing I’ve found to be true: writing begets writing. ~ Dorianne Laux

Writers will Write No Matter

Writer’s block, you might even say, it’s a luxury that real writers can’t afford. ~ David Fyxell

It is impossible to discourage the real writers—they don’t give a damn what you say, they’re going to write. ~ Sinclair Lewis