Writing Mistakes To Avoid So You Can Appear To Be Intelligent

Yes, the English Language Is Difficult

I have quite a few writer friends for whom English is a second language and I have to tell you straight out, I admire them. English is tough for those of us born speaking it. English is a language that seems so random. Words that are spelled the same way can have different meanings. Words that appear to have the same sound have completely different sounds….and then….we have little expressions that have snuck into the language over the years that are completely wrong and yet seem to be totally acceptable.

What follows are a few mistakes that are used quite often by writers. The fact that they are used quite often does not change the fact that they are mistakes and should be corrected. Oh sure, if you are simply writing on your blog to a select audience, I guess it makes little difference if you continue to make these errors, but if you one day have visions of sending your work to an agent or publisher then you really need to clean your literary house of these boo-boos.

Before I begin, though, let me state that using these mistakes occasionally in dialogue can be acceptable. Sometimes our characters speak in an incorrect manner because that’s who they are. It is realistic to have your character speak incorrectly; heck, most Americans speak incorrectly! So yes, there are times in our stories and novels when we will purposely use incorrect language.

Now let’s turn our attention to a list of silly mistakes that can easily be corrected.

The Blue Book of Grammar and Punctuation: An Easy-to-Use Guide with Clear Rules, Real-World Examples, and Reproducible Quizzes
Buy Now

The two examples that we see so often are “a lot” and “all right” when they are written as single words; the correct usage of these phrases are to use two words. As I type this on Word I am not even allowed to write them as one word.

ANYWAYS IS NO LONGER ACCEPTABLE

It might have been in Medieval times but today is 2013 and it has outlived its usefulness. The word “anyway’ is an adverb and it is plural; thus, to put an s at the end of a plural adverb is pure silliness.

Let’s take a look at this in sentence form. “The fact that you sneer whenever you see me raises the question: why do you dislike me.” That is the proper way to write that sentence. To beg the question means to present as true or to take for granted a premise that needs proof. Let’s look at it used correctly. “You beg the question by stating that I must not like you because I sneer whenever we pass each other.”

BURSTED IS NOT A WORD, FOLKS!

The verb “to burst” in its principal parts is burst, burst and burst…past, present and present participle. There is no such word as bursted. It does not exist. It is an abortion of the English language spoken by people who never took the time to learn proper English. Don’t be one of those people! 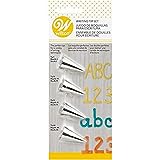 “COULD CARE LESS” MAKES NO SENSE IF YOU THINK ABOUT IT

The correct way to say this is “could not care less.” Think about it for a second. If I say “I could care less about gymnastics” I am actually saying that I do care about it but it is possible for me to care less about it. Is that what you really want to say?

I COULD HAVE BUT I NEVER COULD OF

This is a bastardization of the English language, passed down by generations of, well, bastards. No, I’m kidding, please don’t take that seriously. However, “could of” is not correct. “I could have succeeded if it had not been for some terrible luck”….now that sentence makes sense AND is correct.

Oh my, I seem to have a single-tracked mind now. Okay, enough of the bastard jokes. The word “diligency” is, in fact, not a word. Diligence is a word meaning consistent effort; diligency is not a word and it means you need to have a dictionary nearby at all times.

ELIMINATE FASTLY AS FAST AS POSSIBLE

Again, this word is not a word. Fast is both an adjective and an adverb. Fastly is neither. Use fastly and you will fast be considered an idiot.

Writer's Market 2018: The Most Trusted Guide to Getting Published
Buy Now

ONE THAT REALLY DRIVES ME CRAZY

If you must wrench your heart then say heart-rending. Heart-wrenching is one of those hyphenated words that somehow snuck out the back door of the dictionary and found its way into our street language. I repeat, it is not a word.

YOU HONE A BLADE; YOU DO NOT HONE IN ON ANYTHING

Rules of grammar? Check this article out if you have any doubts.

IGNORANT DOES NOT MEAN RUDE

But somehow it has become a synonym for rude rather than a synonym for uneducated. I blame “No Child Left Behind” for this one; somehow when that legislation was passed we left quite a few students behind.

SORRY, THERE IS NO QUICKER

SUPPOSE TO OR SUPPOSED TO?

Here is how they should be used. “I know I’m supposed to practice my writing, and I suppose I’ll be sorry if I don’t.” The phrase “suppose to” should never be used.

REOCCURRENCE DOES NOT EXIST

Sorry but it is not a word. Recurrence is a word and it means to occur again. Reoccurence means you should think about getting some more sleep because you are making up words.

Do you need an editor? Get in touch with me on Facebook

There, Now, Don’t You Feel Smarter?

Smarter than the average bear at least, right Yogi?

Hey, I’ve just scratched the surface with boo-boos made by writers. Don’t feel bad; we have all made these mistakes from time to time. It’s easy to do and fortunately, correcting the mistakes is easy to do as well. I am willing to bet that all of you reading this have made at least one of the aforementioned mistakes in the past. Right? Right? Of course you have.

Now, though, you know better. Like I said earlier, using these mistakes in a certain context is perfectly okay. Maybe your main character is a bit, shall we say, ignorant. In that case feel free to toss in all of these mistakes while your character is speaking. If, however, you are writing your query letter to an agent, it might be a good idea to leave these out of that letter.