Note: You are about to behold the dime installment in a novel that I'm writing as part of the NaNoWriMo challenge to write a 50,000 word novel between November 1-30. The rules are: write it! Don't edit, don't obsess, don't chart out notes. Don't worry about spelling, syntax, grammar or continuity. You can go back and fix those things later, but the most important thing to writing the novel is to get it written! It works out to 1,667 words per day. If you do more, great! If you do less, don't worry! Just keep plugging! And hopefully my first draft, with all spelling errors and continuity holes intact, will inspire you that you can do it too!

As the police car pulled in front of the Lawless’ house, Vic used the remote garage door opener. The three of them rushed in from the garage, but there was no telltale beeping on their answering machine.

It had been three hours since Jen had been taken.

Vic had told Jan all he knew on the way home. How Barry and Stacey were in their usual cubicle, how Jen had gotten an armful of videos she wanted to check out. Vic had been doing what he usually did at that point, taking all the ones that went over the ten disc limit and putting them on a cart so they could be reshelved. Normally Jen would be hovering around him, wanting to check everything out. But this time she had decided to run off. Vic had called to her to stop, which she normally did. This time though, she had kept running. Dropping the DVD’s, he’d started running after her. The bad feeling that he’d had that morning came surging back, turning his stomach into one massive knot.

“You had a bad feeling this morning?” Jan asked.

“Yeah, when I woke up and for about an hour after that.”

“Why didn’t you say anything about it to me?”

“I don’t know. Because you’re the one who gets premonitions.” Vic sucked in a breath, then let it out as they passed the Jiffy Lube and the Arby’s. “I never get those things, so I figured it was just my mind playing tricks on me. I figured if it really meant anything, that you would be feeling it and probably say something.”

Jan’s brows furrowed. “No, I didn’t feel anything this morning. Not until the police came to the house.”

“Wow,” Barry said from the back seat. It was the only word he said all the way home.

“I don’t know, I just ran after her. You know how fast she is,” Vic continued.

“Don’t I though,” Jan replied, remembering times when Jen had run away from her and didn’t respond to shouts to stop.

“She was through the door and halfway down the steps as I rounded the corner. I was yelling for her to stop, stupidly.”

“What do you mean stupidly?” Jan asked.

Vic snorted, “Well it’s not like she could hear me through that door. Anyway, she got down to the door at the other end and she stopped, which she normally does.”

Jan was tensing up as Vic talked. “Go on,” she said.

Vic said, “I was down the stairs and running to her when all of a sudden this guy blind sides me and knocks me to the floor. As I’m trying to get up I see him run over and grab her, dragging her out the door.” Vic was tense, he was fighting back tears and he could barely talk as he finished the sentence.

Jan just stared out the window, watching as they passed the Starbucks and neared the entrance to their neighborhood. Barry was slumped over in the back, and Vic thought he heard him softly crying.

Pulling himself together, he said, “By the time I got up and out the door, all I saw was the van driving away.”

Jan didn’t say anything more on the way home. Vic wanted to say more but he didn’t know what. He hadn’t forgotten Jan’s accusatory tone right after the kidnapping.

They went in and stood there, listening for the beep on the answering machine, but it didn’t come. Without saying a word, Barry went upstairs to his room. Vic started after him but Jan put a hand on his arm. “I’ll go,” she said. “I think he just needs his mom right now.”

Vic didn’t like it much but he nodded. He had carried Jen’s backpack into the house. It all felt terribly unreal right at that moment. In fact, Vic didn’t know what to feel. It had been easy to know what to feel at first, anger and loss. Buried deep down, he still wanted to find the jerk that had taken his daughter and rip his throat out. But now he was kind of numb.

He looked out the window and saw the police car sitting out there. This wasn’t one of the Chargers, it was a Ford that the department had used almost exclusively until the early 2000’s when they had bought the Chargers, much like many surrounding police departments. He could see the two officers sitting in it. Normally officers travelled alone, but this must have been because of the situation.

He went and poured out the old pot of coffee. He got out the Keurig machine they had bought the previous Christmas and brewed up two cups of dark roast. Putting them in ceramic mugs, he walked out and offered them to the cops, who seemed grateful.

As he was walking back to his front door, he heard a pair of voices to his left. Sue and her husband Bob were coming over, though they seemed unsure if it was a good idea. Bob and Sue Siler had been their next door neighbors for seven years.

“Are we bothering you?” Bob asked.

“No, Bob. Right now I think we could use some friends.” Actually Vic wasn’t sure about that. He wasn’t at all sure about the way things were playing out inside the house. He wasn’t sure why Stacey had not come home with them, or even asked if she could. He thought Barry probably wished that she had. Jan seemed to be spinning off to another place, and he wasn’t all that sure about himself. Nor had he much liked Detective Smithers, who seemed to be constantly sizing him up.

Still, he knew that he couldn’t let them get isolated right now. Maybe having Sue around would be good for Jan. Sue and Bob had no children of their own, but they had always been good neighbors. Vic held the door for them, then after they came in everyone went to the kitchen where he brewed up two more cups of dark roast.

“Where are Jan and Barry?” Sue asked, her dark colored sweater glistening from the rain.

“Barry headed up to his room after we got home, Jan went up to talk to him,” Vic answered. He put the coffee cups in front of the couple. They picked up and took a sip.

“How are you holding up?” Sue asked.

“Honestly, I think it’s too soon to tell,” Vic answered. “I don’t know what’s going on right now, to be honest.”

“Well, Vic, you’re going through a pretty traumatic experience. A certain amount of numbness sounds natural to me.”

Vic wasn’t sure how to take what Bob had said so he said nothing. He thought about the family PC in the living room and wondered how many emails they had received. He wondered if the kidnapper knew their email address.

“Look, I know how hard this is for you, let me organize the people at church to bring you guys meals for a little while, until Jen gets back and things get back to normal,” Sue said.

Back to normal, thought Vic. He wanted to say “What do you know about any of this? You two don’t even have kids, how could you possibly know how hard this is for anyone?” But he held his tongue and reminded himself that he should be grateful that the Silers were such good friends. He looked out the window again and his attention was caught by a pair of headlights down the street. He had trouble making it out in the dark, but he thought it was a news van

Suddenly another police cruiser came up, pulling into their driveway. A policeman got out who Vic recognized as Officer Plastino, coming to the front door with an envelope in his hand. Before he could knock or ring the bell, Vic had the door open ad invited Plastino in.

“Thank you sir,” started the policeman. “We found something and thought you should see it.”

“Thank you, Officer Plastino,” Vic said, then turned to call up the stairs, “Honey? Barry? The police are here and they have something! You better come down!”

The Silers appeared out of the kitchen as Jan and Barry came down the stairs. Officer Plastino handed the large, tannish colored envelope to Vic. They all looked at it.

Lightning flashed outside, thunder threatened to level the neighborhood. 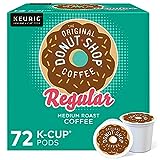