This is chapter twenty-two of my novel "The Just War." I'm 4/5 of the way through the challenge of writing a 50,000 word novel in thirty days. Wow! It's good to set goals! I hope you enjoy it!

Stacey Johnson lived in a two story house in a different part of the small city of Fishers. She lived with her father and a dog. Mom and Dad had divorced years ago, when she was still in the second grade. David Johnson owned a company that recycled wooden palates, the kind that goods get shipped on to retail stores. Stacey had never been to the business, had never wanted to go see it and had not interest in learning anything about it or taking it over when her father got too old to run it anymore. She wanted to go to a good college and get a good degree in English Literature and then teach school.

Actually, she had no idea what she would do after college, but she wanted that degree. She liked Jane Austen and Charlotte Bronte, she’d read Little Women like twenty times, and had practically memorized Anne of Green Gables.

Mom was living in a different state, it had changed several times. While Dad had built a successful company that made a comfortable living, Mom was a real go-getter and was never happy in one place for very long. Stacey considered herself lucky in that at least her parents didn’t have revolving Significant Others for her to dread, fear, battle or compete with. But she wished she could have a Mom and Dad that stayed together in one place, like Barry had. Or at least like she had thought that Barry had.

She was a year ahead of her peers in English and had been put into an Advanced Lit class with kids a year older than she. She had been nervous about it, but found pretty quickly that she could keep up. Besides, this cute guy with brown eyes kept looking at her, and she liked getting the attention. At fifteen years old, she had never had a boyfriend before. She assumed it was because she was kind of nerdy and not interested in all the same things that the other girls were. But she had been in classes with other nerd girls and they got boys. Finally one of her friends said it was because she was always so serious, which she had never thought about before. Meeting Barry Lawless had helped out a lot with that.

Officer Yoder drove up to the house and waited until the two of them were inside. The lights were on in the living room and her dad’s bedroom. The two teenagers walked up to the front door but before Stacey could fish out her keys her dad opened it up. He waved to Don Yoder as he drove away.

Stacey and her dad hugged each other. David looked down at his daughter and asked, “How are you doing, sweetheart?”

“I’m okay, Daddy,” she answered although she honestly wasn’t all that sure.

“I heard about your father,” David said as he helped Stacey take her coat off. “I’m sorry. Is there anything I can do?”

“Did you want to go see your dad?” Mr. Johnson asked.

“Yes and no,” was all Barry would say about it.

“Okay,” David didn’t want to push. “By the way, Stacey, some friends of yours called earlier.”

“Some of your friends from you youth group at church. They wanted to know if they could come over and talk to you and maybe Barry. I said that I’d give you the message when you got home and would tell them yourself.”

“Okay,” Stacey said, pushing her glasses up on her nose. Her long brown hair was dripping a little. “Which kids called?”

“It’s on the pad next to the phone,” her father answered. Then he headed for his bedroom upstairs. “I’ve been talking to your Uncle Steve in Omaha, so I need to get back to him. Call me if you need anything.”

Stacey went into the kitchen and looked at the note pad. “Bobby Timmons called, and Shelia Jones. Should I call them back or would you rather I didn’t do that?”

“Go ahead and call,” Barry answered. “We need people to pray.”

“Good idea,” Stacey said and picked up the phone. As she called the kids back, Barry went and looked out the window. It was after midnight and as dark as the inside of a tomb outside. Sometimes it almost didn’t feel real, what was going on. It seemed like he should be able to go home and find Jen in her room, sleeping in her bed with the covers off, waiting for her brother to come and pull them back up over her.

“Hold on,” Stacey said into the phone, then set the receiver down and ran upstairs. “Daddy? Is it okay if some of the kids from the youth group come over?”

“Are you sure?” Barry heard Mr. Johnson asked.

“Yeah! They want to come over and pray that Jen will be found quickly!”

Stacey’s dad seemed to think about it for just a second, then said, “All right, honey. Just this once, it’s okay."

“Thanks, Daddy!” Stacey said, then ran back down the stairs and picked up the phone. “Daddy said it’s okay,” she said. “Come on over.” There was a pause, then she said, “Okay, see you guys in a little bit.”

Barry listened as Stacey hung up the phone. Still looking out the window, he asked, “How many people are coming over?”

“Don’t know yet,” she answered. Coming over, she hugged him. He put his hands on hers.

“Hey,” Jason Dean said, pushing some blond hair out of his face as he walked up to Barry. “Hey, I’m sorry about what’s happening.”

“Thanks,” Barry said. “It helps to have everybody here.”

Jebeau Thayer walked up and asked, “Do you want to talk about it?”

“No, not really,” Barry answered. “I think it would be better if we prayed.” Everyone agreed, so they adjourned to the Johnson living room. There was a couch as well as two chairs, one with an ottoman. They all matched, all a light pattern that Mrs. Johnson had picked out before she reverted to Ms. Schermerhorn. Even now, Stacey thought about her mom every time she sat on a piece of their furniture.

There was no television or computer in the living room. There was a large oil painting on the wall behind the sofa, an idyllic landscape purchased in Brown County many years ago.

Barry wanted to lead the prayer group, but as soon as he opened his mouth his throat constricted tears started forcing themselves through his closed eyelids.

“It’s okay, Barry,” Jason Todd said. Standing, he went and put his hand on Barry’s shoulders, motioning for others to do the same. There were eleven kids there, not counting Barry and Stacey, and all of them put a hand on Barry, even Mr. Johnson. Closing his eyes, clenching them shut, Jason started, “Dear Lord…”

They all prayed, agreeing with each other in prayer, taking turns leading. They asked for God’s blessing, for the quick return of Jennifer Lawless, for her to be unharmed. They prayed that the kidnapper or kidnappers would be brought to justice, that God would be with the police as they searched for her. They prayed for clues to come to light. They prayed for Detective Smithers that he would be alert and not miss anything.

They prayed for Barry, that he would be all right. They took turns praying for Barry’s Mom and Dad that they would be well. That Barry’s dad would heal quickly. That Barry’s mom would be okay. But most of all they prayed for Jennifer Lawless, that God would protect her and deliver her. No one could imagine what it was like to go through something like this under “better” circumstances, but what could it possibly be like for someone with severe autism? Some got down on their knees, others sat with heads bowed. Some sounded subdued, as if they weren’t sure what to say, others poured their hearts out, loudly asking for God to help them.

Barry sat largely silent, Stacey holding his hand. Sometimes he would not his head in agreement, or mumble a couple of words, but for the most part he kept his silence. Sometimes he would start to cry, but then would choke it back. Stacey would always squeeze his hand a little tighter at that point. Finally he couldn’t stand it any more and once again wailed out for God to please, please bring his sister back home. He apologized for everything he’d ever said or done that was mean to his sister. He begged the Almighty, begged for Jesus to please come down and deliver his sister from her captor. Everybody agreed with him wholeheartedly.

Well north, in a section of the Emergency Room at IU Saxony Hospital in Fishers, Indiana, Janet Lawless awoke from her sleep with a startled grunt. Vic was sedated in his bed, dead to the world. She had been dreaming, and in her dream she and Jen were walking along a beach, talking to each other like any other mother and daughter. Just before she had woken up, Jen had looked at her in her dream and said, “Mommy, I need you.” 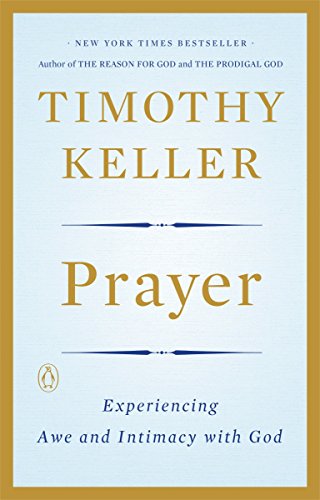