Note: This is the twenty-third chapter of my novel that I'm writing for the NaNoWriMo challenge. The goal is to simply write it and get it done, 50,000 words in 30 days. Their advice, fire your internal editor for one month. In accordance, any plot holes, continuity errors, syntax errors, lack of research and, yes, spelling errors are left intact. Hopefully, though, any aspiring writers out there will see that yes, in fact, this can be done. I hope you enjoy!

It was still raining, but it seemed somehow a little less gray than it had the day before. Jan stepped out of her front door to take a mug of coffee to Detective Phillip Smithers, who was smoking a cigarette under his umbrella. Silently he studied her as she walked the few steps from her front door to where he was standing. It was still raining hard, but not as hard as it had been. Every step she took in an old pair of running shoes made a splashing sound as the rubber shoes slapped the cement walkway. The look on her face left no doubt in Detective Smithers mind as to what she thought about cigarettes. Her umbrella was of a light tan color, short and held in one firm hand while the other cradled the cup of coffee, still steaming. His black umbrella had a longer handle, good for tilting into the wind so he could smoke.

“Epistemology,” she said, handing him the cup of steaming black liquid.

”The study of how we know what we know,” he responded, taking a sip. “Thank you very much, Mrs. Lawless, but how did you know I take it black?”

“Observe and report,” she replied, looking up at the sky.

Smithers had dispassionately noted her crystal blue eyes, which he was sure had been pools that Mr. Lawless enjoyed swimming in but could also be ice lakes he could fall and break his chin on. He took a long drink, savoring not just the flavor of the coffee but also the heat. He had learned to enjoy hot drink in his mouth and seemed to always know when it would be too hot before he drank. Swallowing, he asked, “How is Mr. Lawless resting?”

“About as well as could be expected,” Janet answered. She looked back at the house, which had seemed like a sanctuary, almost like a fortress before yesterday. Half of her felt like she should be at church, she knew that their Sunday School class would be busily praying for them all right about now. “He’s still under sedation.”

“I’m sorry,” Smithers said. “I’ll admit that you took me by surprise with the philosophy discussion this morning.”

“Hmm,” Jan said. “Philosophy on a Sunday morning? Interesting that that should surprise you. Tell me, do you believe in karma?”

“Karma? Do you mean the belief that people will go through almost endless cycles of death and rebirth until they work out the necessary balance sheet of good deeds versus bad to achieve Nirvana? Or the more American idea that what goes around comes around?” Mrs. Lawless snorted, prompting Smithers to inquire, “Why do you ask?”

“You seem like a very analytical person,” she responded.

“Not a bad trait for a police detective, even if I do say so myself,” Smithers retorted.

“I believe in feelings and premonitions. And I believe that my daughter is alive.” Detective Smithers dropped his cigarette on the walkway and ground it out with his right foot. He just looked at Jan, letting her talk. “I had a dream last night,” she continued. “I’m sure you’ll think it’s silly.”

“Vic had a premonition yesterday, he woke up feeling that something was wrong. I woke up feeling like everything was fine with the world,” she said. “He didn’t tell me about this, probably because he never gets feelings.”

“But you do?” Smithers asked.

“Sometimes. There’s little rhyme or reason to it. But it’s saved my life or the lives of people I love more than once.”

“And this time, nothing,” Smithers restated.

“I’ve had these things all my life, but the one time I needed it I didn’t have it,” Jan said. “I don’t usually deal with what ifs.”

“Thank you but it’s alright. He told me something early this morning, he wanted me to tell you because he thinks he might not have said this to anyone.”

Smithers swallowed his next drink of joe and said, “What would that be, ma’am?”

She drew in a breath. “About a week ago, when he was taking the kids to the library, he apparently noticed a white van in the parking lot and he saw a bald man in the drivers seat.”

“Okay,” Smithers said, taking a drag on his cigarette. “Totally bald? Did he have hair around he sides of his head, like male pattern baldness? Any other distinguishing marks?”

“Not that he could remember,” Mrs. Lawless responded. “He said he couldn’t see him very well, it was a sunny day and there was glare on the windshield.”

“Is your husband normally that observant?”

“Yes,” Jan shot back. “At least, he’s usually on the lookout for any vehicles that could pose a problem if Jen were to run out in the parking lot or, God forbid, traffic.”

“Has she ever done that before?” Smithers asked.

“Yes. At the Target over there by I69, there’s, you know, a retention pond in back,” Jan started

“Yes, the classic attractive nuisance,” Smithers said, but he said it to himself. Building construction in Indiana required, by law, for retention ponds to be put in and some of them were literally small lakes if they were used to service several buildings, or an entire subdivision. Nor did Smithers need to be told that many autistic people were drawn to water like moths to flame. Whenever an autistic child ran off the police always checked bodies of water first. He nodded in visible response to Jan’s statement.

“Anyway,” she continued, “They have a big fence around it so we don’t have to worry about that. But every once in a while she gets it into her head that she wants to start walking, and not stop.”

Smithers was, of course, familiar with that area, the little circle of road that wound around the south and east sides of Target, with a restaurant, a tire place and a health club on the other side. He kept nodding, trying to picture what it would be like to keep up with a fourteen year old girl who was the size and physicality of someone three years older. Vic looked to be in good shape but she had to be a challenge. “So she would run out into the road?”

“Yes, and we’re just grateful that traffic wasn’t too bad. But for a while we had to stop taking her over there.”

Sue Silers stuck her head out her front door and shouted, “Jan? Are you okay?”

“Sue?” Jan said, whirling around. “What are you doing home? Shouldn’t you be at church right now?”

Walking out the front door, light colored umbrella opening as she stepped onto her walkway, Sue responded, “Yeah, but Bob took the kids today. I noticed that you don’t have much food in the house, and thought maybe we could go to Sam’s Club.”

Smithers didn’t react visibly but he thought it a little odd. Jan on the other hand seemed to think it was a good idea, and agreed to get her purse. The two then got into Sue’s old, blue Chrysler minivan and drove off toward 96th Street. Taking 116th east to Allisonville, Allisonville south to Willow View Road, Willow View to Masters Road and then a left at the corner of Masters and 96th Street.

When you’re going south on Masters road, to your left is the small Indianapolis Municiple Airport. The majority of planes that landed and took off from that airport were small single propeller jobs. Sometimes they had two. Only once had the Lawless’ ever seen a jet plane. Every once in a while they saw a helicopter by one of the hangers.

On the right side of the road were a couple of fields that were used to grow corn during the growing season. Many times Jan had enjoyed driving by and seeing the corn growing in season. And many times she had seen how the field practically became its own little retention pond during the rainy season.

“Is that what I think it is?” Sue asked as they were going down the road.

“That doesn’t matter. If it’s what we think it is, the police will want to know about it as soon as possible.”

Sue brought her Town and Country to an abrupt stop next to a white van that was parked on the side of the road. Jumping out of the passengers side, Jan ran over and yanked open the drivers side door of the van, pulling a startled and somewhat groggy man out onto the roadside, face down. A man with light brown hair with significant tufts missing.

“Hey, what are you? You crazy or something?” the man shouted in a surprisingly high-pitched voice.

“Let’s just let the cops ask that question,” Jan responded, sitting on the man. He tried to throw her off but she had a good grip on his right hand, holding it behind his back. Still, he finally managed to squirm free, jumping up and running back to the van. Leaping into the van, he pulled the door shut and locked it.

Standing up, Jan looked over at Sue and the two smiled at each other. The man inside the van was yelling and pounding on the dash as two police cruisers came roaring up with sirens blaring. Officer Rogers knocked politely on the door, and the man got out, being put immediately on the ground and cuffed.

“Very nice,” Detective Smithers said, getting out of the other car. “I will admit that I’ve underestimated the two of you. However, you’re taking an awful risk.”

“That he might pull a gun and shoot us?” Jan asked.

“That, and also that he might not be the right guy. Possible lawsuit and all that.”

“Why thank you, Detective!” Sue said. She looked over Jan. Together they said, “And you’re welcome!”

“And congratulations to the two of you,” Smithers continued.

Sue handed over the keys to the van. The rain bounced off both their hands. 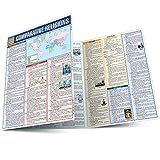