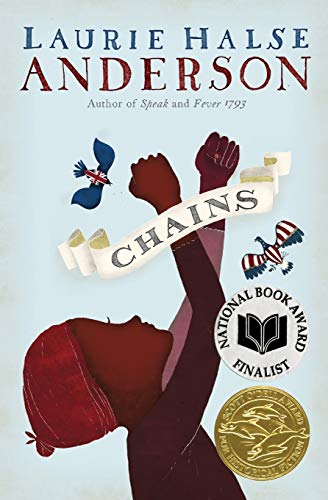 Chains, by Laurie Halse Anderson, is the story of a young slave girl in New York City - a city in uproar as the Revolutionary War takes hold of it.

I'm a big fan of historical fiction. While I never was one to read history from the history books, I love absorbing history through fiction. Stories have a way of making it real - giving it perspective and emotion, and that's exactly what this book did the best.

What's great about this book is that it's a view of history we don't often often see.

What we often forget about all the slaves that were involved in this war, and all the women. We forget that war effects everyone, from the youngest to the oldest, male or female, black or white, free or slave. We forget that war is more than battles. Sometimes it's hard to tell who is an ally and who is with the enemy. There is planning, scheming, smuggling, and waiting. Sometimes being a soldier is sitting in a jail cell.

This book touches on all of this. It is interesting to note that none of this story takes place on a battlefield, yet every page is effected by the war.

I would recommend this book for students in grades 4-8, especially if read in while learning about the Revolutionary War or slavery. There is a lot of history to be absorbed through this interesting story.

Anderson's book Speak was turned into a movie featuring Kristen Stewart (who later went on to do Twilight).

Watch an interview where Laurie Halse Anderson tells about growing up, her inspirations, and how she became a writer.

Then visit her official website: Mad Woman in the Fores.

The Seeds of America Trilogy

Chains is Book 1 in The Seeds of America Trilogy.

Forge is the second book in the Seeds of America trilogy. It is Curzon's story. 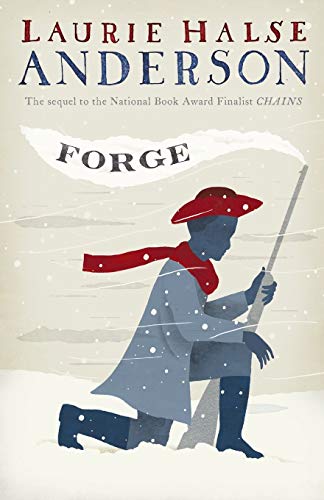