History of the Essay

Works that resemble the modern essay have been written since ancient times. The speeches of Cicero, the dialogues of Plato, and the short treatises of Aristotle might all be called essays. The term "essay," however, was not introduced to literature until the late 16th century. It was first used in its French form essais, meaning attempts, as the title for a collection of short prose works by the French philosopher Montaigne. These discussions, which combined personal observations with philosophical statements, were imitated by many later writers.

The first English essayist was the 16th-century philosopher and statesman Sir Francis Bacon. His essays, on such subjects as truth, love, and riches, rank with the best in the language. However, the essay did not become a popular literary form until the 18th century, when Joseph Addison and Richard Steele wrote many informal essays for their periodicals The Tatler and The Spectator. The tremendous popularity of The Tatler and The Spectator stimulated the growth of other periodicals featuring essays. Jonathan Swift, Oliver Goldsmith, Samuel Johnson, and other leading writers of the 18th century contributed essays to them.

By the 19th century the essay had become a dominant literary form in both England and the United States. Great English essayists of the period include Charles Lamb, Walter Hazlitt, Thomas De Quincey, Matthew Arnold, Thomas Carlyle, John Ruskin, and Walter Pater. In the United States the literary essay was established by Washington Irving in his Sketch Book (1819-1820) and perfected by such authors as Edgar Allan Poe, Henry David Thoreau, and Ralph Waldo Emerson. With the development of mass communication in the 20th century, the magazine article or essay became very popular; it now equals the short story as a favorite literary form. 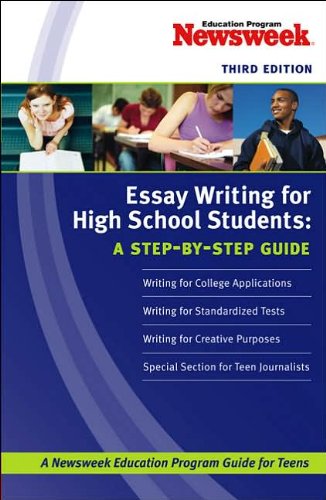 What is an Essay?

An essay is now generally understood to be a literary composition in prose, of moderate length, on any given subject other than purely scientific. It should treat of life in general, and not of any specialised subject. It originally implied a want of finish, and Dr johnson defined it as 'an irregular, undigested piece'.

An essay is strictly rather a series of personal comments than a finished argument or conclusive examination of any matter. A number of classical works, such as cicero's De Amicitia (On Friendship) and De Senectute (On Old Age), and the moral discourses of seneca the Younger, could quite properly be classed as essays. As a separate form of literature, it dates from the close of the 16th century. The name appears to have become common on the publication of montaigne's Essais, 1580, and the first great English writer connected with the form was Francis bacon. However, the styles adopted by these two essayists were very different. Montaigne's essays are personal, reflecting his own interests and describing his own thoughts and character in a vivid style. His essays are still considered among the best written, as are Bacon's, although the latter's subjects are more impersonal, comprising discussions under headings such as Of Truth and Of Ambition, and while these may express the author's ideas, often succinctly and gracefully, Bacon's essays remain more exercises than personal reflections.

Abraham Cowley may perhaps be more truly described as the father of the English essay, and his Of Myself can be taken as a typical example of what such compositions should be. Other essayists of the 17th century were Sir Thomas browne, Sir William Temple, and Dryden.

The 18th century was the great age of essay-writing. In 1711 Joseph addison and Richard steele founded the Spectator, and their contributions to it popularised the essay as a form of literature in England. The Taller and the Guardian also contained numerous examples of typical essays, mostly the work of Steele and Addison. fielding's essays appeared in the Cove/if Garden Journal, 1752; Dr Johnson's in the Rambler, 1750, the Adventurer, 1752, and the Idler, 1759. Other essayists of the period were Jonathan swift and goldsmith (in the Bee and the Citizen of the World). pope alone in the 18th century conceived an essay in heroic verse. His essays On Criticism and On Man are really treatises, but the Moral Essays, if in prose, might have appeared as Spectator essays.

Such terms as review, memoir, or treatise are better applied to more exhaustive studies, such as locke's Essay Concerning Human Understanding, or burke's Essay on the Sublime and Beautiful, while the journalistic 'article' may be used for slighter sketches than those entitled to be called essays. Earlier writers whose works, while often approaching the style of an essay, may be so considered were Sir Thomas More, Sir Philip Sidney, Robert Burton, Sir Thomas Overbury, Laurence Sterne and Daniel Defoe.

A great revival of the essay took place early in the 19th century, and with this movement Charles lamb's name is always closely connected. His Essays ofElia appeared in 1823 and the Last Essays ofElia in 1833. De Quincey was another great essayist of distinction while other notable 19th-century essayists are Hazlitt, Leigh Hunt, Carlyle, Macaulay, Thackeray. Bagehot, Pater, and R. L. Stevenson. Later the essay lost some of its popularity. Writers are less often purely essayists but poets, historians, or novelists who write essays occasionally, and who have little or no interest in the didacticism which formed such an integral part of the early essays. Among these are Augustine Birrell, A. C. Benson, E. V. Lucas, Andrew Lang, G. K. Chesterton, Austin Dobson, George Saintsbury, Max Beerbohm, Hilaire Belloc, A. G. Gardiner, and Robert Lynd.

Of American essayists, the most important include Washington Irving, R. W. Emerson, Nathaniel Hawthorne, and James Russell Lowell. In Germany, Lessing, Schlegel, and Hermann Grimm are among the best. The essay took firm root in France at a comparatively late period, and after Montaigne, the chief representatives are Voltaire, Rousseau, Lamartine, Cousin, Michelet, Sainte-Beuve, Gautier, Anatole France and E. Faguet.