I don't know about you but when someone mentions Agatha Christie to me, I tend to visualise a rather stout, grey-haired lady. That's because of the photograph that appeared on many of her book sleeves.

I find it easy to forget that Agatha was once a young woman and it was during her first marriage, that a mysterious disappearance took place. She disappeared for eleven days in 1926. There as a massive hue and cry. This mystery has never been solved but there have been many theories. I wonder if we can solve it? Read the bullet points below.

I'd love to hear your ideas.In short, she left her home on a December evening. Her car was later discovered - abandoned. Eleven days later, she was discovered alive and well in a somewhat upper-class hotel in Harrogate, Yorkshire.What was the story behind this mysterious disappearance?

The story immediately broke in the press. Agatha had six novels published by this time and was well on her way to fame. The photograph on the left is the hotel where she was finally discovered after an intensive and exhaustive manhunt.

What the press didn't know was that her husband, Archie, had recently told her about his long-time mistress and that he was seeking a divorce. To me, this gives us an excellent clue about the disappearance.Agatha's mother, to whom she was very close, had always advised against the marriage but to add insult to injury, the mother had died earlier in the year of the disappearance.

This had been another cross Agatha had been forced to bear during 1926. 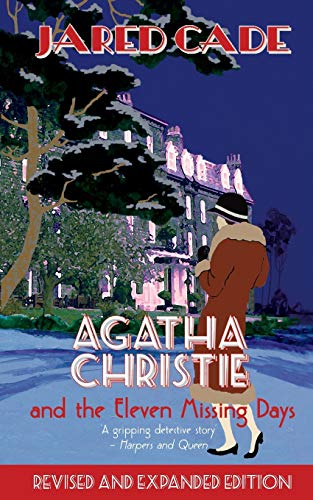 I believe that this was a completely planned and premeditated disappearance. I think that the whole business was a calculated attempt (which succeeded) to expose her husband's infidelity.

Some people have theorised that the fact that she booked into the hotel using the mistress' surname shows that she was 'confused and depressed' about the situation.

No, I think it was perfectly deliberate and a way to expose her name to the public.Agatha had plenty of money with her which allowed her to live in luxury at the Harrogate hotel. This again shows premeditation.

Once you start to look at the situation from the premeditated point of view, then you can see the analytical Christie mind - the mind that developed the superb mystery novels - at work.

But highly entertaining! See the video below