I was only vaguely aware of the work of Alan Bennett until, when I was in my early twenties, I moved into a terraced house in Leeds in Yorkshire. At the end of the row of houses was a butcher's shop and its claim to fame was that author and playwright Alan Bennett had lived in the flat above the shop. I decided to find out more. I'm so glad I did.

Since that time, I have read and watched just about everything that Alan Bennett has ever written. The latest one I read was The Uncommon Reader. Straying away from the frequent location of his writing (Yorkshire) Bennett takes us south and this book is set in no other location than Buckingham Palace itself. The heroine of this short novel is none other than Her Majesty.

A rather brave scenario

I feel that only Alan Bennett could have got away with this although as far as I'm aware, he has not yet been honored by Queen Elizabeth (although his work has won just about every award imaginable). But I have read entirely unsubstantiated reports on the internet that Her Majesty read - and enjoyed - the book.

So, what's it about?

Like most of Bennett's writing, the premise is simple. The queen has been on the throne for many years and yet literature is something that has passed her by. 'One reads of course' she explains, but more often than not her reading is confined to state papers and regal documents.

The queen is walking her dogs the the palace grounds one day and it is the corgis that discover the visiting mobile library. Entering the library to retrieve the animals, the queen, whose sense of duty drives her, feels obliged to borrow a book.Her reading career is launched. 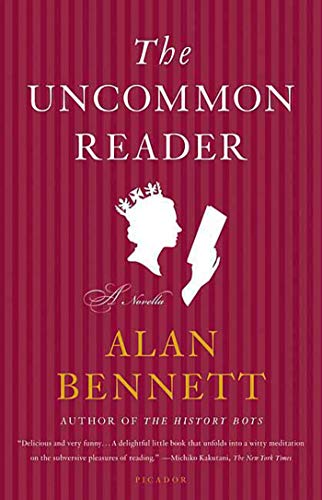 On her way to open parliament, traveling in the royal coach, on the royal train ... wherever she goes, Her Majesty now reads.

She discusses, or tries to discuss, the latest books she has read with visiting foreign dignitaries,the prime minister, her advisers - but they are all adamant; the queen and her reading is not a good thing.

Her staff and ministers conspire to have her 'partner-in-crime' Norman dismissed from his palace job.

They even call in an old (an incontinent) retainer to dissuade Her Majesty from this 'elitist' pastime. But the queen, as we all know, is a strong-willed lady...

Officially he didn't. But in the eighties he wrote a series of monologues which were televised called Talking Heads. They were typical Bennett - hilarious and yet poignant too. One of them was 'Lady of Letters' featuring Patricia Routledge.I believe this is where Keeping Up Appearances really started.

The Complete Talking Heads
This is one of Bennett's most popular works. If you haven't already, you can see an example of these monologues in the video above (played by Patricia Routledge of 'Keeping Up Appearances'.) This features all the monologues which were shown in British television in the eighties for the first time.
Buy Now 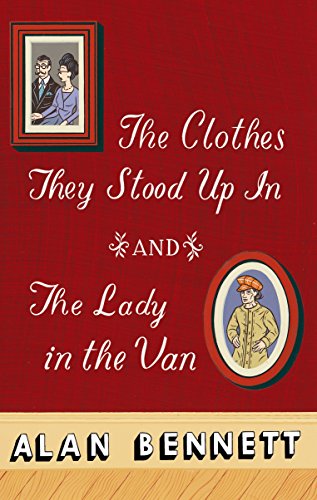 The Clothes They Stood Up In and The Lady in the Van (Today Show Book Club #5)
How do you feel about 'stuff'? Possessions, that is. This book features two stories.The first is about a couple who discover that their home has been completely ransacked and all their stuff - even the toilet paper from the bathroom - has been stolen. The second is biographical and is about the homless lady - Miss Shepperd - who parked her old van in Bennett's driveway and lived there for over fifteen years. Really.
Buy Now

You'll see that above,I've mentioned The Lady in the Van. I have written at greater length about the marvellously eccentric Miss SHepherd and the years during which she lived in Alan Bennett's garden in her decrepit vehicle.

She was the most splendid old lady with the most wonderful ideas and totally bizarre opinions.

She lived in Bennett's garden until the day she died.(Right there in his driveway). During the many years he knew her during her lifetime, was able to learn little about her.

However, after she had died he made an attempt to locate a man he believed to be mIss Shepherd's brother. The man, now quite elderly, claimed not to know such a person.

But Bennett investigated further. What he found out was even more amazing.

You can read it here.