A popular christian literacy genre that began in the late 1990's is Amish Fiction. The Amish love stories are old fashioned, simple and charming. I enjoy reading about this kind of love as that is how love should be....simple!

My recent Amish series I've been reading is Forever After In Apple Lake written by Jennifer Beckstrand. Jennifer is a newer Amish fiction writer who has written three great Amish love stories in this series; Katie's Song, Rebecca's Rose and Miriam's Quilt.

In this article you'll learn more what Forever After In Apple Lake is about and you can read a sample from each of the books compliments of Barnes and Noble. There is a short video from the author Jennifer Beckstrand about Rebecca's Rose the second book in the series. A beautiful quilt was given away at a contest to kick off the release of Miriam's Quilt in March of 2013. You can learn in a little about the author Jennifer Beckstrand as well. A new novel is in the works. In the meantime, enjoy how love unfolds in each of the Apple Lake books.

It all takes place in a Amish community in Apple Lake, Wisconsin.

Katie's Song is a about a Amish girl named Katie. She returns home from the English world after some tragedy to decide whether her calling should be with her family and Nathaniel or in the English world where she has spent time at a music conservatory pursuing vocal training.

Rebecca's Rose is about a Amish girl named Rebecca who take cares of her ill mother and family while at the same time has forgotten how to love until she meets Levi who is a English boy.

Miriam's Quilt is about a Amish girl named Miriam. Her siblings have disgraced her from a young Amish's boy eyes that she's loved since they were kids; now hurt and distrustful she must learn there is more to love than remembering painful memories.

I had not yet read anything from this author Jennifer Beckstrand but after reading the first chapter I knew it was gonna be good. It was one of the best free downloads for my Kindle Fire. Katie's Song was such a great read that I couldn't I put it down till it was done. The tragedy that brought Katie home to learn to love and trust again was very endearing.

Kate's Song was the #1 Romantic Religious Fiction download in the Free Kindle Store. 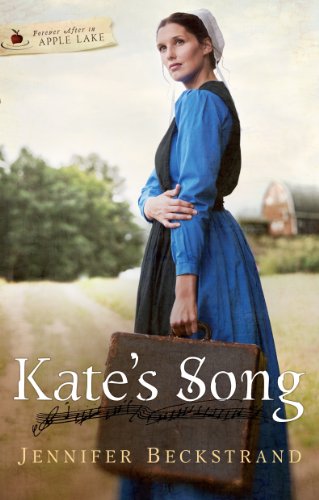 Rebecca's Rose is the second book in the Forever After in Apple Lake series. It was just as good as the first book Katie's Song. I loved it. I enjoyed reading about how Rebecca and Levi in helping each other to learn to love again. The unfailing love and trust of the Amish ways. Rebecca's Rose was listed in the top 100 Religious Fiction books on Amazon.com. 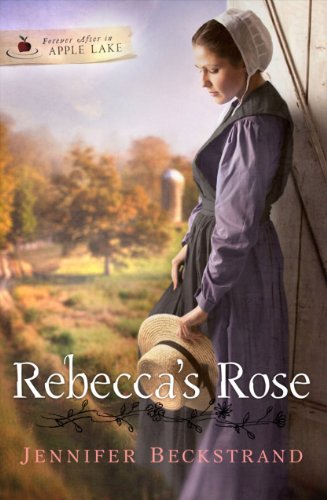 The story of Miriam's Quilt is the last in this Forever After in Apple Lake series. It tells how Miriam's heart is broken. She starts a quilt for up her coming wedding but along the way the man she is marry is ashamed by her siblings mishaps that don't go along with the Amish ways. As the story unfolds she finds trust and love again but not where expected. I really enjoyed reading this. It is a fantastic story! 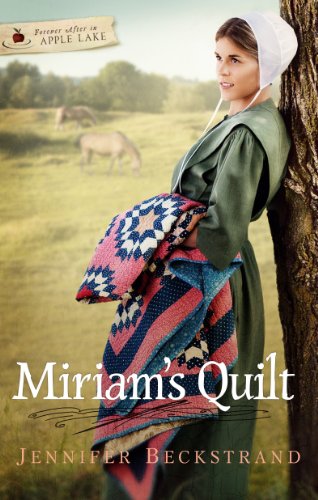 This is the top of the quilt that was won in the contest to help celebrate when the Miriam's Quilt was released. It was the last and third book in the Forever After in Apple Lake series.

Jennifer Beckstrand is a Amish Fiction writer and a member of the Romance Writers of America and American Christian Fiction Writers. Her goal is to write inspiring stories that are uplifting with happy endings and hopeful messages.

She started out writing a western manuscript while raising her children. After submitting it she was asked to try writing Amish fiction. After researching the topic she found that she loved the simplicity of what Amish love had to offer. She started with a series called Forever After in Apple Lake and has written three books in this series; Katie's Song, Rebecca's Rose and Miriam's Quilt. Her third book was just released February 2013. The series is a big hit and doing great out on the market. Her first is book was #1 in the Romantic Religious Fiction free download for Kindles. Her second book was in the list for top 100 Religious Fiction books on Amazon.com. I'm sure her third book just released is going to bring more greatness to this series.

A new series is in the works called Matchmakers of Huckleberry Hill that will have three books in the series. The first book will be released sometime early 2014.

As a newer Christian author writing Amish Fiction and having such a great start; I think there will be more great reads to come from Jennifer Beckstrand. I'm looking forward to reading her new series next year.

Read A Sample - Forever After In Apple Lake Series

Read your Amish love stories on a Kindle.

You can read on Kindle Fire with color or just a plain one with black and white. Both are very nice.

Nook's are especially nice to read your favorite stories on. Read in color or black and white. I think its fun to do both.