Is Bigfoot Real? Books about Bigfoot for Curious Kids

Is Bigfoot real? The legend of Bigfoot, also called Sasquatch, has been around for a long time. There have been numerous sightings, some videos, some hoaxes, and lots of different opinions.

Read on and see what YOU think!

Whether you believe Bigfoot is real or not, children are attracted to information on Bigfoot. Some kids like serious Bigfoot books and some want to to read something a little more light-hearted.

Bigfoot is firmly in the realm of "mysterious monster", so books about Bigfoot are very popular. I recommend them for adults that want some basic information as well. I read two of the three featured books and I enjoyed them both very much!

Buy This Image at AllPosters.com

The Facts about Bigfoot

Well, there really aren't many "facts". If there were, Bigfoot would not be a subject of controversy. What is known for sure is that cultures all over the world have reported the existence of a "wild man", "boss of the woods", or other such description in their lands.

Some of the names may be familiar to you: Sasquatch, Yeti, Yowie, Skunk Ape, Windigo, and the Bardin Booger. That last one is a personal favorite. Some of these reports have been documented for hundreds of years. Even Teddy Roosevelt, a US president, claimed to have seen a Bigfoot creature.

Bigfoot is generally described as being 7-9 feet tall, hairy, stinky, and bipedal. Bipedal means it walks upright on two legs. There are reports of the creatures using basic tools, showing intelligence, and that they use rudimentary speech.

There are two main types of people that do Bigfoot research. The first are scientists that follow strict scientific principles and objectively study evidence. There is even a branch of science called Cryptozoology that is the study of creatures like Bigfoot, known as cryptids, that have not yet been proven to exist. Other examples of cryptids are the Loch Ness Monster, El Chupacabras, and the Kraken.

The second type are Bigfoot enthusiasts. They may, or may not, have scientific credentials. Their approach to Bigfoot study does not always follow strict guidelines, but their willingness to explore different ideas helps with researching Bigfoot. They also tend to be more passionate about the subject!

Both groups interview witnesses, go on expeditions, take and review plaster casts, and study any physical evidence, including photographs and videos. One of the biggest parts of Bigfoot research is to expose deliberate Bigfoot hoaxes. There have been many doctored photographs, false eyewitness accounts, and faked footprints. Weeding out this false information is important so that research is concentrated on solid evidence. There is little enough as it is, so it is important that false information is revealed.

Looking for Bigfoot (Step into Reading)
This Bigfoot book was a great read. It has a very simple narrative that discusses what people think about Bigfoot. It discusses eyewitness accounts of Bigfoot sightings. The theory that Bigfoot and Yeti type creatures are really Gigantopithicus is also explored. Gigantopithicus was an ancient variety of Great Ape thought to be extinct. Some people believe it is not. It also talks about some of the proven Bigfoot hoaxes. It ends with a chapter on the Patterson Gimlin film and the circumstances around its filming. It covers some of the controversy over the film and the experts that say it could not be someone in a gorilla suit. The book is written in a very easy to read format. I thought it was very thorough considering it the book is for young children 7 and up. It is a "Step into Reading" book targeted at grades 2-3.
Buy Now

Another Great Bigfoot Book For Kids - Is Bigfoot Real

Tales of the Cryptids: Mysterious Creatures That May or May Not Exist
Cryptozoology is the study of animals that might exist but their existence has not been proven. Bigfoot is the most famous cryptid. Just don't tell Nessie! This was a fun book to read. It leads off with Bigfoot and then it discusses other well-known cryptids, such as the Giant Anaconda. It has some great maps showing sightings of different cryptids from all over the world. It has a great map of Bigfoot like creature sightings from all over the world and the names the local peoples had for the creatures. Names like Yowie, Windigo, and Bardin Booger. It was beautifully illustrated and full of great information. This book is aimed at grades 4 and up.
Buy Now

One More Bigfoot Book for Kids - Is Bigfoot Real

In Search of Sasquatch
I did not read this book. It is worth noting that the author is one of the co-authors of the Tales of the Cryptids book. This book is aimed at grades 4 and up. I read the reviews for this book and what stood out for me is that many people said the book presented the known evidence and theories and let the reader decide for themselves whether or not Bigfoot is real. I like it when books for children do not sell them an opinion as a fact.
Buy Now

Books with Bigfoot as a Character

These books about Bigfoot are more fantasy and fun for children that are after something more adventurous.

Track of the Bigfoot (The Cryptids Trilogy Book 2)
A scientist and Bigfoot researcher that saw Bigfoot as a child races to find proof of Bigfoot's existence.
Buy Now

Into the Woods (Bigfoot Boy)
Rufus is bored spending time at Grandma's house. He finds a magical talisman that certainly adds some excitement into his life!
Buy Now 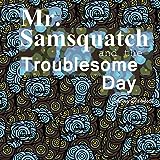 Analysis of the Patterson Gimlin Film - Clip from National Geographic

This is a 12 minute clip of an analysis of the Patterson Gimlin film by National Geographic. This film is the best known and most credible video of Bigfoot ever taken. The team goes through the differences in human strides, body ratio, and other data to determine whether not this could possibly be a guy in a gorilla suit. It is VERY interesting!

Bigfoot Poll - Is Bigfoot Real or Not?

Is Bigfoot real, or just a hoax or mistaken identity? Vote here!

Do you think Bigfoot and similar creatures such as the Yeti really do exist?

A must have for the Bigfoot loving kid!

Don't go without saying hello. You do not have to be a member of Squidoo to comment.