Christopher Ronnau's Autobiography as a Soldier in the Vietnam War

Blood Trails: The Combat Diary Of A Foot Soldier In Vietnam is an autobiographical novel based on the diary that the author, Christopher Ronnau, kept during his tour of duty in Vietnam beginning in 1967.

Blood Trails offers insight into how young men naively joined the military to help stop the spread of Communism. Instead of describing Vietnam in detail, it reveals how the author feels about war and his role as a foot soldier in it.

To "Free" the Vietnamese - Where Ronnau's Journey Begins

Christopher Ronnau was like many young men of the 1960s who volunteered to serve in the military. He was influenced by President Eisenhower's belief that communism was only a few steps away from taking over the world. It was the United States' responsibility to stop the spread of communism. One way to do this was to send US troops to "free the Vietnamese", by saving them from the Viet Cong. 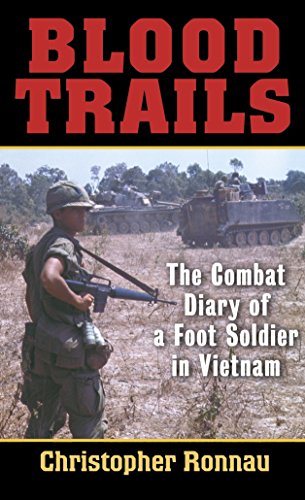 Blood Trails: The Combat Diary of a Foot Soldier in Vietnam
Blood Trails begins with Christopher Ronnau's decision to join the Army. He was afraid that if he got drafted, he would end up in a desk job. By enlisting, he was guaranteed to be a part of the action in Vietnam. Combat was his dream, and thus he volunteered.
Buy Now

Going AWOL to attend the Rose Bowl game on the day he was to report for duty, Ronnau was unconcerned about being late.

He writes: "What were they going to do, send me to Vietnam?"

Four months of basic training and advanced infantry training later, Ronnau received his orders for Vietnam. After going through processing, he is sent to Travis Air Force Base outside of Oakland, California, then on to Honolulu & Vietnam.

After going through an initial period of boredom which Ronnau describes as "hurry up & wait", he is assigned to the 1st Infantry, C Company, 2/28th Battalion. This unit was known as the "Black Lions". He attends jungle school, and eventually is assigned to guard duty. Here, he makes the first of two major mistakes, which could have cost the lives of himself or fellow soldiers.

The best line of Blood Trails:

Vietnam was better than a poke

in the face with a sharp stick

The ensuing chapters show how Ronnau gradually adjusts to the jungles of Vietnam. He writes about daily activities, entertainment, and why he began getting drunk every night. It is easy to get caught up in his descriptions of search and destroy missions and ambushes; what it means to be afraid; and his encounters with the Viet Cong.

Ronnau eventually gets caught up in two of the largest fire-fights against the Viet Cong, and is seriously wounded. It is easy to experience the horrors of the Medevac Hospital through his eyes, yet still be amused at how he views the entire healing experience. As it seems to be in life, no matter where you are, there is always someone worse off than yourself.

Blood Trails: The Combat Diary of a Foot Soldier in Vietnam is different than most books about Vietnam because it focuses on the person and soldier, rather than the war. It is easy to read, and gives the reader an insight into the daily activities of a foot soldier. Because it is based on an actual journal, it comes across as more realistic as those books who are based on memory alone. A good book for anyone who wishes to learn more about what it was like to be a soldier in Vietnam. 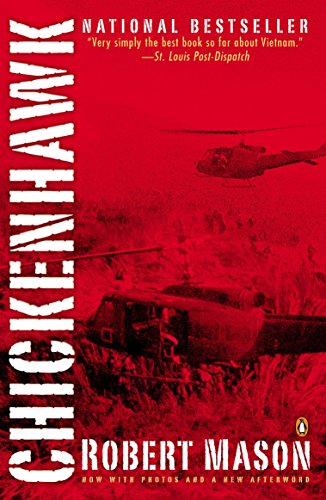 Chickenhawk
Robert Mason's true account of what it was like to be a helicopter pilot during the Vietnam War. An excellent, easy read, with a bit of technical information in the beginning. The reader is drawn in as the story progresses. In my opinion, one of the top 10 books about serving in Vietnam.
Buy Now 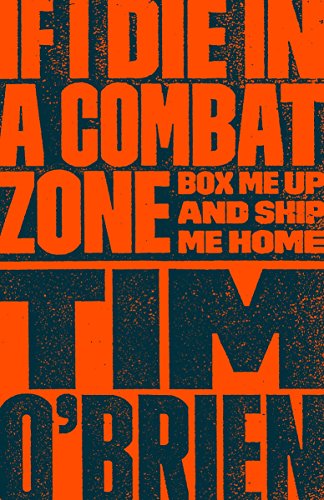 If I Die in a Combat Zone: Box Me Up and Ship Me Home
Tim O'Brien's first-hand account of what it was like to serve as a foot soldier in Vietnam. He begins his story by planning to go AWOL before he was supposed to report for duty. The remainder of the book shows the conflict he has fighting in a war that he is opposed to. It is an interesting, easy read not only about the Vietnam War, but morality in general.
Buy Now

Please let me know what you think about this book review, or if you have recommendations for any other books on Vietnam