A librarian through and through, Virginia Allain writes about book topics, researching, and information for library users and librarians.

Europe Has Carnegie Libraries Too

Americans tend to think that Carnegie libraries are unique to the United States. Since Andrew Carnegie made his millions in the U.S., much of his philanthropy was focused here as well.

His roots, though, were in Scotland and he funded libraries in that country as well as in Belgium, France, Ireland, Serbia and Great Britain. I bet you didn't know that. At least, I had no idea that there were libraries that he funded in Belgium and Serbia.

Men of Britain poster by Philbradley

The library was built in 1913 with funds from Andrew Carnegie.

What inspired the richest man in the world to provide money for building libraries across the United States and Europe? Learn about Andrew Carnegie and how he gained his wealth and used it.

He Had Amazing Wealth, But Started out Poor 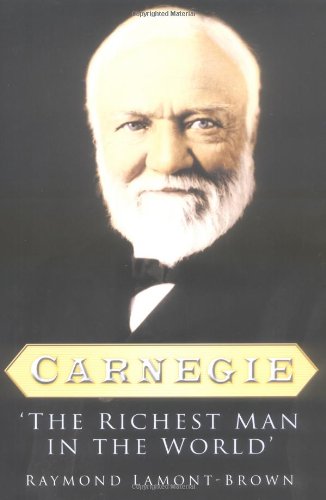 Carnegie: The Richest Man in the World
Buy Now

This is just a sampling of the libraries. More will be added over time.

These links include photos of the buildings, maps and history of the libraries. Click on any of the links to learn more.

Planning to Visit One of These Buildings?

Be sure to check first to see that the building is still there, what the current use is and if it is open for seeing the interior.

This handsome building in Mansfield, UK, is typical of Carnegie libraries in other countries. It's solidly built for generations of library users to enjoy. The formal appearance of the building shows the importance of the library in the community.

These links include photos of the buildings, maps and history of the libraries.

These links include photos of the buildings, maps and history of the libraries.

A Book of Carnegie Libraries
This 366 page book is a reproduction from the 1923 original. It's available in hardback or paperback.
Buy Now

More of My Pages about Carnegie Libraries

Have You Been to a Carnegie Library in Britain, Ireland or Europe?