"Back to the Homeplace"

A novel by William Leverne Smith aka "Dr. Bill"

This lens presents detailed information about the novel "Back to the Homeplace" - a family saga novel by William Leverne Smith. It is Smith's debut novel and has received positive critical reviews from a number of sources and had good initial sales with minimal marketing efforts.

Also see the link to the Blog for the novel, where all book signings, and additional useful information is located. This is updated regularly.

The character sketches provide insight into the family members and related community members involved in the plot of the book.

We hope you enjoy this lens and will consider reading the book, either in the print or the Kindle editions available.

A family saga and more; what happens when they all come back?

The novel is set on a farm and in a nearby fictional community, Oak Springs, located in the southern Missouri Ozark hills and near a fictional western branch of the Current River. The story incorporates a family dilemma following the death of their matriarch and the unusual video will she left to insure the continuity of the farm, which has been in her family for over 150 years.

The story is set in the year 1987. The varied backgrounds and viewpoints of the adult children coming back to the Homeplace ignite controversy and expose long kept secrets as each family member searches for his or her share of the family legacy. While the older family members stake their claims on land and fortunes, the younger ones search for love and acceptance. Included in the story are involvements with AIDS Awareness issues in 1987 and as well with a support group for domestic violence incidents.

At the center of this family life story is how we do or do not effectively communicate among family members - parents with children, among children and grandchildren and how do we each face the consequences of our individual actions. What happens when they all come back to the Homeplace?

Are you a writer who would like to become involved in The Homeplace Saga? - We seek interested writers for collaboration...

"Back to the Homeplace" set in 1987 and "The Homeplace Revisited" set in 1996 provide a bracketed time period in the Oak Springs community of the Southern Missouri Ozarks. The challenge is to tell stories and build characters between these periods, in the spirit of the two novels.

Would you like to participate in this project? Join the wiki, below, to begin to participate. You do need to read both books, of course, to understand the parameters within which the new stories will fall. All entries will be subject to edit and discussion. You are welcome and encouraged to participate. Will you join Dr. Bill is this effort?

Back to the Homeplace
The book that started it all... have you met our lead characters? Please stop by and meet them
Buy Now

This Book Trailer for this family saga story sets the stage for the conflicts that unfold in the novel, "Back to the Homeplace."

Who is in the family saga story? - Meet the main characters in the sketches which follow

To learn even more, follow The Homeplace Series Blog, here...

Book Trailers for The Homeplace Revisited and Christmas at the Homeplace

Karen was the oldest of the four Bevins siblilngs

Karen was a life-long professional nurse. Jason was a success partner in a Financial Planning firm. They lived in Tucson, Arizona, where they raised four children themselves. The last was still in high school. Karen and Jason made the required commitment to come back to the Homeplace, in their motor home, in early 1987, to satisfy the conditions in her mother's will and estate, at substantial personal sacrifice.

The photo is of a Motor Home similar to the type the Winslow's had when they arrived at the Homeplace from Tucson.

Beverly is the second oldest of the Bevins siblings

Beverly doesn't really like to come back to the farm. However, her husband, Paul, and their two children, Scott and Heather, looked forward to it. Paul, with his engineering juices flowing, looked forward to spending time at the old Mill at the Homeplace and possibly making it operational again.

Paul's older teenaged daughter, by a prior marriage, Sheila Gates, agrees to move from Jackson, MS, with the family to the small town in the Ozarks of Missouri.

Photo of the War Eagle Mill compliments of Wikimedia Commons. It was one 'model' for the Mill in the novel. 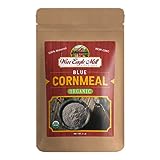 Bart Bevins and his wife, Diane

Bart is the next to youngest of the four Bevins siblings

Bart and Diane had been farming the Homeplace for several years for his mother. They had expected they would continue to do so for the family following Mrs. Bevin's death. They were shocked and unsettled by the unusual video will that his mother had left for the family. What would it mean for their future, and those of their two teenaged children, Donnie and Jennifer?

The photo shows a Palomino Mare like Marilyn. Photo Courtesy of Wikimedia Commons.

Peter was the youngest of the four Bevins siblings

Peter Bevins had mysteriously left Missouri just as he was graduating from the University about the time his father died, nearly ten years earlier. No one knew whether Peter would return in response to the will of his mother. When he did, the mystery of his background deepened.

Peter chose to camp out under a giant White Oak on the ridge north and west of the Homeplace on his return.