The Ingredients of Good Haiku

Cooking up a Haiku

I've done a fair bit of haiku writing over the years, even recently having had a series of designer art pieces built around 30 of my haiku. Even so, I know that I have a long way to go before I can say I am an expert in this form that, on its surface, seems so simple.

At the launch of dark 'til dawn , the collectible art pieces that arose from my haiku, I was asked a number of times to give a rationale for using this particular form on the lamps. There is the easy answer, which is that it is a short form that fits well on the surface of a lamp. But that isn't really the reason I opted to go for haiku on this project. Instead, I feel that there are several things about haiku as a form that suit the type of expression that seemed appropriate for the series.

Many people have the mistaken idea that a haiku is simply a poem of three lines, the first made up of 5 syllables, the second of 7, and the third of 5. This is not only not the most important aspect of haiku, it is not even a requirement at all. While it is true that traditional Japanese haiku follows this structure, that is not always true in English haiku, and is actually not preferred by many of the more accomplished haijin writing in English. The syllable count form just doesn't adapt well to English language, and it can end up losing the essence of what Japanese haiku has always been about in the first place.

So what goes into making a good haiku? For me, there are a few main points that really make or break a haiku:

Haiku is a brief form of poetry, and it generally captures a brief moment in time. Ideally, it is akin to a "Zen moment," in which one experiences a sense of enlightenment. In the haiku, the techniques that foster this sense include contrasts, parallels, and associations. It is probably most easily expressed as an "aha" moment.

Good haiku should paint a picture. It is, like many forms of East Asian paintings, a minimalist image. It gives an outline, casts some light and shadows, and then leaves the reader to fill in the blank spaces through the associations in her or his own mind. It is an image that jumps into the mind rather clearly, but also leaves a lot of space for the reader's own associations.

Haiku always needs a turn, or a "cutting" word. This word serves to separate ideas in the stanza. Because of this, it is often the word on which "the moment" hinges, as it sets up the contrast, parallel, or association that is at work in the poem. It functions in such a way as to cause the reader to pause (which is generally a good thing in any reading of poetry). In English haiku, some form of punctuation often plays the function of the cutting word.

There is some debate over whether a seasonal reference is necessary to good haiku. Generally, I prefer to see the season in the poem. There are, however, some cases in which I can see good reason to allow for the "kigo" (or season word) to be left out. For instance, the word "dawn" often functions in a way similar to a kigo, in that it indicates a passage of time, a setting for the situation of the poem. While it may not be or suggest a particular season, it functions in a way that sets up a similar effect to a more traditional seasonal reference. For me, the effect is sufficient, even if it is not accomplished by the traditional use of a season-specific term.

These four things form the main ingredients for making a good haiku. It is possible to make haiku that follow a 5-7-5 syllable count structure, and it is equally possible to divert from that path. In both instances, if the above 4 ingredients are effectively employed, the haiku will be a success. 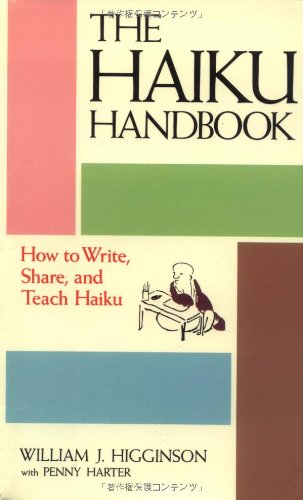 The Haiku Handbook: How to Write, Share, and Teach Haiku
a must-read for anyone who wants to write or appreciate good haiku
Buy Now