John Lennon: A biography by his first wife

Of course, there have been millions of words written about John Lennon, but it's certainly refreshing to read about his early life and his early days with the Beatles through the eyes of the woman who shared those years; John's wife Cynthia.

I suspect that many of the people who have written about Lennon's life had never even met him, or decided that they had a special knowledge based on a short friendship or interview session. But it can't be denied that Cynthia, who was just eighteen when she met him at art college, knew him better than anyone.

It's now over thirty years ago that John was shot outside his home. In those years, he has attained a status that is almost mythical. For people under forty years old, their only knowledge about John will be what they are fed by the media. Cynthia puts the story straight.

Cynthia was there from the start. Before the Beatles even began, she and John were teenage lovers. She saw the development of the group and the end. The world remembers that when he died, Lennon's wife was Yoko Ono - maybe there are some people who don't even know that Cynthia existed. But there can't be anyone who can offer such a valuable insight into the early day of the group - and of John Lennon himself. 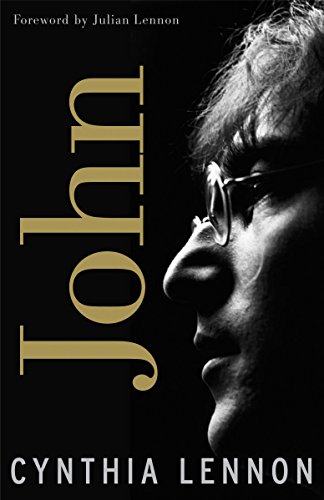 Most fans know that Cynthia is the mother of John's eldest son, Julian.

But few people know what happened to the pair of them after Yoko came along. Julian was just a little boy at the time but Cynthia was secure in the knowledge that John had a strong sense of family, as he'd demonstrated many times by the way he'd taken care of his Liverpool aunts, sisters and other relatives.

She was sure that he'd still be a good father to Julian. 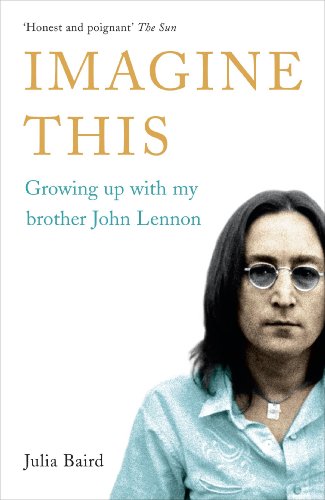 Imagine This
This is the book that I'm reading now. This was written by John's sister and reveals more about his family background and early life. When you read the book above, you'll see that Cynthia intimates that John's history has, to a large extent, been re-written by Yoko. Are we getting to know the truth at last?
Buy Now

The foreword of the book has been written by Julian Lennon

This is an extract.

John Lennon by his family

It's remarkably interesting, fascinating in fact, to read books about John Lennon's life written by the members of his family.

I have to admit that his story fascinates me and I've read several books over the years. The interesting thing is that they often contradict each other.So what is the truth?

Can we assume that books written by people who really knew John are more accurate than those written by journalists or people who just met him on one or two occasions? I believe that we can.

Can the book by Cynthia be the product of 'a woman scorned'? It's tempting to believe this but I don't think it's the case. Lennon's early life,of which she was a great part, is very well documented. In the book,she comes across as honest, sincere and truthful. Her main motivations were those of a mother - her goal was to protect her son.

The memories of his sister Julia are equally honest. She knew John well when she was a little girl. Her mother has been hugely reviled by authors and yes, I think that there's an element in her book of setting the record straight.

What I do have a hard time with is trusting the honestly of John's second wife, Yoko Ono. Is this because she's from a different culture? (Japanese American as opposed to English). Is it because I have the stories that she was responsible for the breakup of the Beatles in mind?

Is it because, unconventional though I think I am,she strikes me as being just a little weird?

I don't think it's any of the above.I believe that it's the way she tries to rewrite history by banning books or documentaries by legal means if she believes John isn't portrayed in the exact way she wants.

I can understand that this is an almost instinctive reaction but I also believe that we deserve to know the truth.