Last Child In The Woods

Children need experiences with nature just as they need sleep or healthy food.

How can nature offer all of these advantages? Primarily because it involves all of the senses. He contrasts it with television and computers which are mainly dual-sensory, appealing only to the eyes and ears.

Last Child In The Woods

Last Child in the Woods: Saving Our Children From Nature-Deficit Disorder
This is the book that inspired this lens. I consider it a "must-read" for any parent or teacher.
Buy Now

Time in nature is not leisure time; it's an essential investment in our children's health.

And what if we lack this time with nature? Louv calls the result nature deficit disorder. Unfortunately, our culture has created this disorder with a criminalization of natural play. An irrational fear of the woods and the things that go on there, a general mistrust of strangers, a sense of panic over crime, and a fear of litigation all work against children's delight in the outdoors. Parents simply are afraid to let their children play, unfettered in nature which is exactly what Louv says they need. Free, unstructured time to explore, pretend, and create outdoors is the antidote to nature deficit disorder. And today's families are far to fearful and busy to provide this freedom.

The remedy? Read Louv's book, and you will realize that we truly need nature as we need water and shelter. When it is no longer a leisure pastime but a life's necessity, most parents will make time to enjoy nature alongside their children.
There is no substitute for direct experiences in nature. No books, online course, website, or lecture can take the place of touching, seeing, smelling for yourself. Those indirect methods of learning about nature, versus experiencing nature, lead to a "know it all" state of mind. But time spent entranced by nature's spell generates a sense of wonder, awe, and humble perspective.

"Now, my tree-climbing days long behind me, I often think about the lasting value of those early, deliciously idle days. I have come to appreciate the long view afforded by those treetops. The woods were my Ritalin. Nature calmed me, focused me, and yet excited my senses." 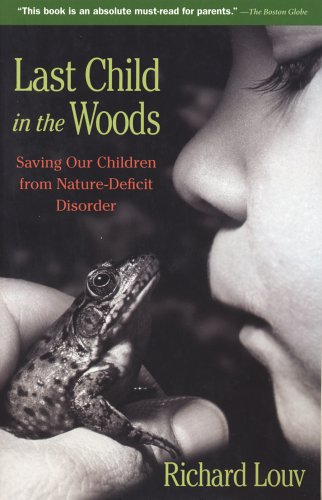 Last Child in the Woods: Saving Our Children from Nature-Deficit Disorder
Buy Now

My Own Reaction to Last Child in the Woods

This book resonated with me because of my own childhood experiences in nature and my genuine sadness at the lack of them for my daughter.

I grew up in the rural South on a large piece of land sandwiched between two tobacco farms. We had trees to climb, pine needles to burrow in, woods to explore, and a lovely patch of daffodils to admire. Our only rule was to not go so far that we could not hear the bell calling us home.

My daughter's experience couldn't be more different from my own. When she was three, our family relocated to a city of millions in China. Nature seemed non-existent in those first few years of cultural adjustment. I longed for GREEN. (I felt that there was "no escaping man" as Louv quotes Bill McKibben.)

Then I learned about Charlotte Mason nature study and how to incorporate it even in an urban setting. I began to make nature study a priority. For example, we chose a somewhat inconveniently located apartment complex because of its abundance of landscaped greenery. Further investigation unturned a park near our home. A real park with "wild" places where children are allowed to walk on the grass, pluck flowers and leaves, and collect rocks and insects.

Despite her initial complaints, my daughter is beginning to love our nature walks. And even better, since I've instituted a weekly nature walk and monthly trips to the "wild" park, I've seen her interest in natural things blossom far beyond her natural childhood love of animals. Now she points out seedpods, beautiful flowers, and unusual leaves. It has taken consistent and deliberate efforts, but her eyes have been opened! We are battling her (and my!) nature deficit disorder!

What good is nature?

Unlike television, nature does not steal time; it amplifies it. Nature offers healing for a child living in a destructive family or neighborhood. It serves as a blank slate upon which a child draws and reinterprets the culture's fantasies. Nature inspires creativity in a child by demanding visualization and the full use of the senses. 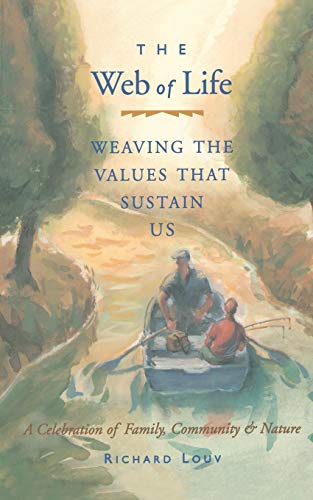 Web of Life: Weaving the Values That Sustain Us (Essays From the Author of Last Child in the Woods and Our Wild Calling)
Buy Now 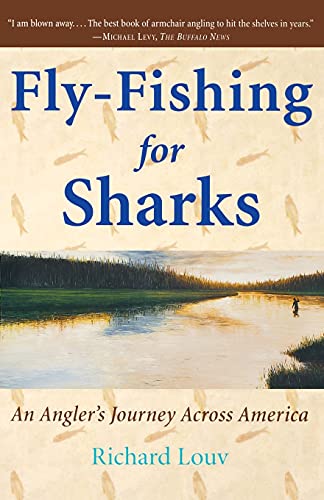 Fly-Fishing for Sharks: An Angler's Journey Across America
Buy Now

101 Things You Can Do for Our Children's Future
Buy Now

I Love Dirt!: 52 Activities to Help You and Your Kids Discover the Wonders of Nature
Buy Now

"It takes time--loose, unstructured dreamtime-- to experience nature in a meaningful way. Unless parents are vigilant, such time becomes a scarce resource, not because we intend it to shrink, but because time is consumed by multiple, invisible forces; because our culture currently places so little value on natural play."

I was disappointed that Louv never addressed homeschooling as one antidote to the nature deficit disorder. Many homeschooling families, especially those who use a Charlotte Mason style of education, realize the value of nature and make time for it as part of their academic plan. What Louv advocates is almost identical to what Charlotte Mason recommended for children - hours outdoors every day in which they can play freely, unfettered by a parent's restrictions.

Although his book does address parents as agents of change, he never considers them through a homeschooling framework. Instead, Louv looks to policy makers and to public education to make pro-nature changes. I can only imagine that Louv would love a Charlotte Mason styled homeschool family's nature study! Just like Miss Mason, Louv espouses getting to know intimately, through direct experiences and observation, a small spot of nature close to you. What good is it to know rainforest ecology but not be able to identify the trees lining your own street? His call for small classes with lots of freedom to explore sounds just like a homeschool environment to me.

Other Sites to Encourage Your Time in Nature

Quite simply, when we deny our children nature, we deny them beauty.

Last Child in the Woods is not written from a Christian perspective, so the entire spiritual element is missing. Louv did attempt to address it in a chapter near the end called "The

Spiritual Necessity of Nature for the Young." It's obvious that he lacks a clear foundation of faith from which to explain the healing power of nature. So his writing here is not as compelling as other parts.

For a Christian believer, it is a disappointing section. I was sensing a grand crescendo of spiritual revelations and Biblical truths. But that just done not exist in the text. You'll have to contemplate on it yourself (in your favorite nature spot, of course) for any truly meaningful Christian insights.

If you are not a conservative Christian, you probably will not sense this lack in the book. And even though I did, I heartily recommend this book! For a Christian, it's not hard to make the connections to our Creator God who reveals Himself through his created world.