Many Lives, Many Masters

Many Lives, Many Masters

Do you believe in reincarnation?

Some people believe you can come back as animals and things. I think we would mainly not choose that as our consciousness is at a higher level, although some would argue that. When I speak of reincarnation I am talking reincarnating into a new baby body. It is a topic that fascinates me.

This is one of the first books I read on the subject. Although I already believed that it was the way things work. You may agree or disagree, but this book is a great one to read if you want to learn more about this subject.

In 1980, Weiss, head of the psychiatry department at Mount Sinai Medical Center in Miami Beach, began treating Catherine, a 27-year-old woman plagued by anxiety, depression and phobias. Weiss turned to hypnosis to help Catherine remember repressed childhood traumas, what emerged were the patient's descriptions of a dozen or so of her hitherto unknown 86 past lives." Catherine's anxieties and phobias soon disappeared", says Weiss, and she was able to end therapy.

This book will help you to understand reincarnation better and help you to see how you can access your other lives.

Many Lives, Many Masters - The True Story of a Prominent Psychiatrist, His Young Patient, and the Past-Life Therapy That Changed Both Their Lives 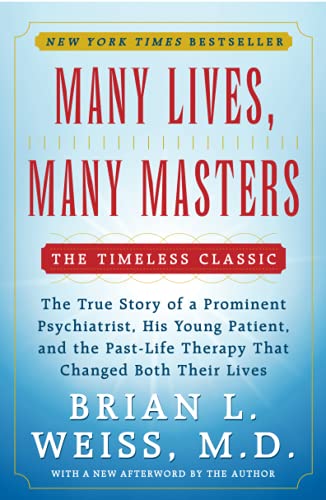 Many Lives, Many Masters: The True Story of a Prominent Psychiatrist, His Young Patient, and the Past-Life Therapy That Changed Both Their Lives
Buy Now

Our body is just a vehicle for us while we're here. It is our soul and our spirit that last forever

I went to a Lutheran School from K- 8th grade. I was baptized and in 8th grade I was confirmed. Yet by the time I was a teenager I had my mind opened by other ways of thinking. I heard about Shirley MacLaine and her books. Right away I just knew that we reincarnated. It helped everything make sense to me. All the questions that religion could not answer could be made sense of with reincarnation.

Dr. Weiss was censured by the medical establishment in 1988 after he published "Many Lives, Many Masters." In it he details his work with a patient he calls Catherine, who, under hypnosis, the book says, remembered multiple past lives, relieving her of paralyzing phobias. It has sold more than a million copies.

Now, Dr. Weiss said: "Doctors are e-mailing me. They're not so concerned with their reputations and careers. We can talk about this openly. And it's not just psychiatrists, but surgeons and architects."

(this is an excerpt from an article at the New York Times Check it out!

Do you think you have lived before?

Your turn - Write a review, add a comment, or debate someone who disagrees with you.

Charity, hope, faith, love . . . we must all know these things 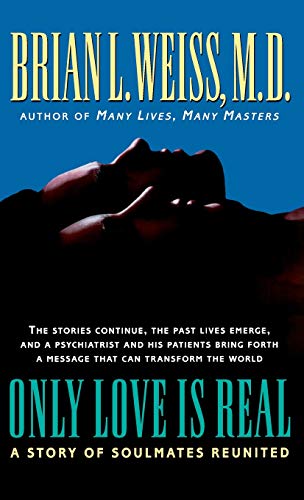 Only Love is Real: A Story of Soulmates Reunited
A psychiatrist and the author of the best-selling Many Lives, Many Masters describes how he helped two of his patients discover that they have been lovers over the centuries. National ad/promo. Tour.
Buy Now