Samuel Langhorne Clemens (1835 – 1910) better known as Mark Twain, was an American author, thinker and satirist. Although renowned for his novels Adventures of Huckleberry Finn and Adventures of Tom Sawyer, Twain is equally popular for his satire and wit and which earned him the title of the "greatest American humorist of his age". Here are some famous Mark Twain quotes for you :-

Mark Twain on Religion: What is Man, The War Prayer, Thou Shalt Not Kill, The Fly, Letters from the Earth (Forgotten Books)
Buy Now

MEASURE OF A MAN:

"What is Man? Man is a noisome bacillus whom our Heavenly Father created because he was disappointed in the monkey."

“A man cannot be comfortable without his own approval. ”

“A man is never more truthful than when he acknowledges himself a liar. ”

“A man's character may be learned from the adjectives which he habitually uses in conversation.”

"Man was made at the end of the week's work, when God was tired."

"Man is the only animal that blushes. Or needs to."

"Man is kind enough when he is not excited by religion." 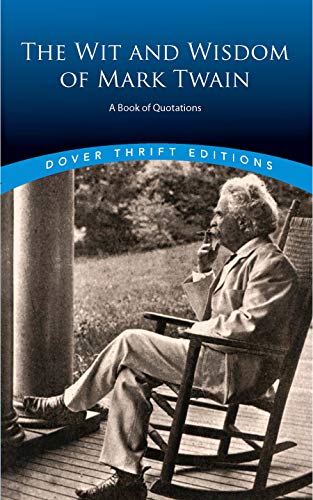 The Wit and Wisdom of Mark Twain: A Book of Quotations (Dover Thrift Editions)
Buy Now