Rogue and The Hulk two characters you probably won't find facing off very often. Nevertheless I thought about this the other day after watching X-Men First Class. Why I thought of a X-Men that was not in the movie I don't know. But, it made me think of the possible outcomes in a Rogue versus Hulk match. There is quite a bit of differences of opinion on the matter.

So what better way to find out who comic fans think would win then by putting up some polls here on Squidoo. If you like the thought of Heroes fighting Heroes and especially heroes in the Marvel Universe you might want to check out some of the comics I laid out on this page.

As you probably know the Hulk is one of Marvels most powerful beings. Unlike his counterpart within Bruce Banner, The Hulk has seamlessly unlimited strength, regeneration powers and only gets stronger the more angry he gets. Possibly invulnerable right, well there's were you'd be wrong to guess that he is. Because, the hulk has been defeated multiple times and not by brute force but by calming the Hulk. Betty Ross and Telepaths are able to. Even Spiderman stopped the Hulking Beast with a mere joke that made Bruce laugh.

He gets his power from an incident that vary in occurrence but essentially is exposed to gamma radiation. 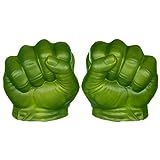 The X-Men that can absorb abilities, personalities, and memories from other beings through physical contact. The time she is able to carry the abilities with her is determined by length of time she is in contact with the person. With extended contact there is a chance of permanent absorption. Several powers that Rogue has gained permanently have been immunity to poisons by Kree, and a number of Ms. Marvels abilities such as flight, strength, a seventh sense that acts like a spider sense, and resistance to telepathic probes. Latest power was Sunfire's powers which you can probably guess what kind of powers those were.

Essentially the stigma that Rogue can only take the powers of mutants is entirely false. So keep that in mind when you make your decision. If your thinking that Rogue absorbs the persons emotions or psyche and wouldn't that work against her. But, that's only true if they have a stronger psyche and usually Rogue was able to overcome the emotional response of her combatants. 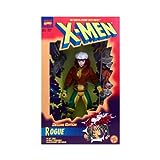 Rogue has faced off against She-Hulk

I don't want to spoil it for you especially if you haven't read it but you might be able to find it here on this page once in a while. A good way to help you decide the winner even though She-Hulk has one major difference. (hint: She-Hulk is always green)

Now you know the facts about each character who do you think will win?

My opinion of who would be victorious.

I have a strong feeling that Rogue would win this fight. But, I do see circumstances that Rogue may be defeated rather instantly. As in if rogue was never trained to use her powers and if she never got any permanent powers like super strength from Ms. Marvel. Although would it only take one touch of Hulk that Rogue would be strong enough to defeat him? Possibly. What if she absorbed the gamma radiation and wasn't invulnerable to it like Bruce was? But, If you Put them both in a fight at their finest Rogue would probably have no problem taking out the Hulk.