Nightcat is a practicing witch who loves to write about Wicca and many of the Gods and Goddesses she’s had the pleasure to encounter.

Ariana Molina is having nightmares. They are always the same, trapped in a room with a mysterious robed figure who keeps calling to her. Who is the robed figure? What does she want? Of course Ari's life would be good if that were her only problem. She's been in hiding her whole life and now it seems even complete strangers know her secret.

With her father in the hospital she has few people to turn to, and things are about to get worse when members of a powerful drug cartel show up in Chicago, a cartel said to operate under the protection of Santa Muerte. Who is this mysterious saint, and whose side is she on?

A wonderful read, and there are massive spoilers ahead, so be forewarned. I'd recommend teen readers and up. All photos are scans of my own copy. If you own the copyright and want something removed, please let me know.

Note: As someone who actually works with La Santisima Muerte, I want to point out that the narcos don’t own her. Yes, people will try to do evil with her, but it doesn’t mean it is La Santa they are working with.

Written for younger readers, the novel follows Ari's struggles as she realizes her father, a high-ranking narcotics official may not be the man she thought he was. Why is he tangled up with the world of crime and the figure of Santa Muerte, the same figure from Ari's nightmares?

Who is the mysterious saint, and does she wish Ari harm? What about the cartel that has been killing victims all with the same name, Ari's real name? Are they going to kill her next? The truth of what they want is far more frightening, but death will not be owned or contained.

While this is a wonderful novel for the horror genre, actual people who work with Santa Muerte may not be thrilled to see her once again painted as the homicidal narco saint, so be forewarned. That said? It turns out that no one owns this saint, let alone drug dealers.

Here Santa Muerte is presented more as the Aztec goddess of death and the underworld, Mictecacihuatl. Said goddess has had enough of this violent nonsense and although it takes almost the entire novel, she moves Ari into position to work for her and help her destroy the drug dealers. When, in real life, Santa Muerte needs no help whatsoever.

Mine doesn't care about this novel either way. She like the idea of the Aztec connection, but as for needing a person to help her? Meh. 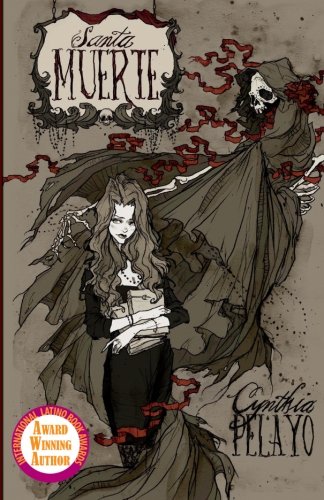 Santa Muerte
Santa Muerte is one of my favorite folk saints, and yes it is true she has a reputation as a narco saint, or a saint cartels and other criminals turn to. But she is also the saint of the forgotten, and has strong ties to a certain Aztec goddess of the underworld. As Ari's mom puts it, if you will not honor a goddess or death in a positive way she will come to you in a warped twisted fashion, for she must be as she is, and she won't be contained underground any longer. The old goddess has risen as Santa Muerte, and she wants revenge on the cartels that dare abuse her power. Ari is going to help her whether she wants to or not because she's been chosen and Santa Muerte walks with her. All that said, if this was your only exposure to Santa Muerte you'd get the very wrong idea that she is Satan or a devil. She is not evil, the Church simply attacks her as such because she is a folk saint, not one they themselves picked.
Buy Now

Not the most flattering of stories, but you get to see positive people interacting with her and it is in English, so there is that. Keep in mind it is very childish to label other cultures as strange or wrong. Death is a part of life in a huge part of Mexican culture and not so long ago it was for Europe as well.

Santa Muerte reminds us to embrace life and her followers count of her for luck, help, healing and massive doses of motherly love. Knee-walking is a way to show devition to a saint. As is leaving gifts of what you have.

No. Even criminals will tell you she is a good girl. She is just known as the nonjudgemental saint. She will hear the prayers of anyone. That some people think she needs violence to appease her is sad, and it has tarnished the reputation of her black robes.

But Santa Muerte is not evil or vicious in her black robes. She can smash hexes and repel evil. She is protective. Black is her color of protection, as is white, though it is true people try to use it for evil.

She also wears red here. Her color to draw love and return an estranged lover. It is also the color she uses to bring emotional stability into the home of devotees, but her good side is neglected in the novel.

Unless of course you think and enraged Aztec goddess of the underworld is her good side. All in a good novel for the horror genre, and a fascinating look at drug cartels, and the plight of women in Mexico and beyond as crime victims, but hardly a fair or honest portrait of the complete Santa Muerte.

Learn About the Real Santa Muerte

Various books show you a bigger picture, yes, narco culture included. But she is the patron of all the lost, all the Church turns away, including gays, unwed mothers, drug addicts and the poor and forgotten. 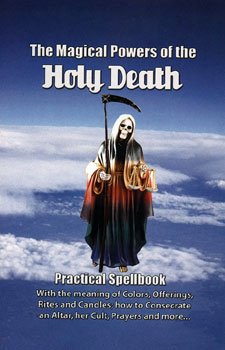 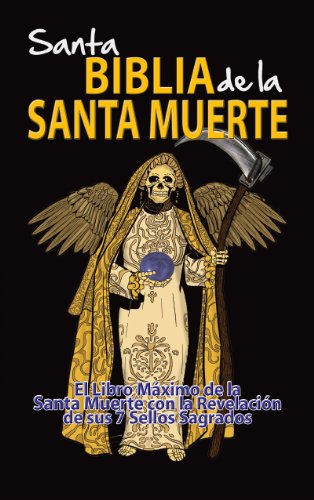 Corridos are folk songs from Mexico most often about heroes, finding love, or another positive exciting story. The singer will introduce himself, tell the story, and give a moral at the end. Many people love them.

Narcocorridos on the other hand celebrate criminals, drug dealing and other elements of the criminal lifestyle. While the writer has understandable anger at seeing Mexican traditions changed, I personally don't think narcocorridos will destroy the world any more than gangster rap will.

The following song is a loving tribute to Santa Muerte and asks her protection of both the singer's family and pack. I've included a lyrics version. Yes, he asks for protection from his enemies, perhaps aggression towards them, but I recall asking St. Michael for the same exact thing, and the Chruch approved of that.

People need to stop hating and provide solutions to the gang lifestyle that young men can embrace. These young men aren't evil, they just feel they have no future and no choice. Do not judge lest you also be judged. Just saying.

She is loving. Her red robed aspect can bring emotional stability to a home. She can do this for an individual as well, and she can heal family ties. Part of the reason that candles have prayers to dominate and humble someone is that Santa Muerte is often the last resort for those who plea to her. But we must always remember that no matter how hard things get (I fully understand a straying spouse or lover may leave the petitioner without a stable home) that she can provide far more.

Her red robed aspect can provide a stable home and someone who loves us for ourselves. Dominated love, enforced espousal or anything else will always undo itself at some point. The following video explains the beautiful Goddess's true nature.

Did you think this novel was fair to La Santisima?

Well, if you read it, was it fair?

Read the Novel? Would you like more Santa Muerte book reviews?