What's in my Bookshelf on Ancient Greece?

Something happened in the islands of Greece a few thousand years ago. Maybe a stray meteorite was to blame, spilling onto the plains of Attica in an invisible cloud of interstellar dust carrying the secrets of lost solar systems. Improbable? It's a nice thought anyway.

How could you explain the sudden proliferation of intellectual leaps which characterise the nature, and the glory, of Ancient Greece?

For such a small place it certainly made an impact.

Our whole western philosophical tradition is based on the way that the Ancient Greeks thought. Our practical life, from dawn till dusk, is still managed from an Ancient Greek view.

A Meeting with Greek Mythology

In the Childrens' Homer

When I was nine, I had a small disagreement with a large horse. We parted ways. I ended up with a broken leg and collarbone, confined to bed in painful boredom in what seemed a long hot dusty time eternal. But the solution for a bored and fractious child was books.

I'm talking here about the 1950s. Not only did we have no television, the radio was off limits after 6.00 pm. Like other children at that time, my imagination was fired by the written word. I think sometimes of just how lucky we really were.

It was books that brought Phantasos, the brother of Morpheus, to me, and entranced me with the mythological explanations for things. I still love fantasy. And I still want to know why things are the way that they are, what's the explanation? The Greek explanation of course - - the Greeks have an explanation for everything.

The Children's Homer: The Adventures of Odysseus and the Tale of Troy
Buy Now

I discovered the magic of mythology in The Children's Homer: The Adventures of Odysseus and the Tale of Troy by Padraic Colum,a gorgeously lyrical wordsmith. He made me feel more at home with the Gods of Olympus than with the Catholic Trinity. I still pick this up and read it, it's an old friend.

Colum's words are designed, like Homer's original, to be read out loud.

If there is a child in your life, reward that child. Give the gift of this classic adventure in such simple beautiful English.

On the Trail of Ulysses

Bradford is a sailor .. and a reader of Homer.

While sailing though waters around Greece during World War 11, he realised that he was following the trail of Ulysses. After he was demobbed he went back and, armed with the Odyssey, he took a small boat and mapped out the journey.

I must have read this 30 times.

Somehow I feel I know Ulysses, I see him as stocky with curls in a reddish beard. He's not tall but he walks as of he's tall and, like sailors everywhere, with a slight roll,.

Most definitely Ulysses was a Rat!

Cahill traces the origin of Greek culture in the migrations of armed Indo-European horsemen into Attica and the Peloponnesian peninsula, and follows their progress into the creation of the Greek city-states, the refinement of their machinery of war, and the flowering of intellectual and artistic culture.

Cahill credits the Greeks with creating Western militarism, shaping Christianity, and giving us the intellectual foundations on which we base everything from dictionaries to filing systems. He not only highlights the fascinating ancient Greek culture, but shows its startling reincarnations in contemporary contexts. 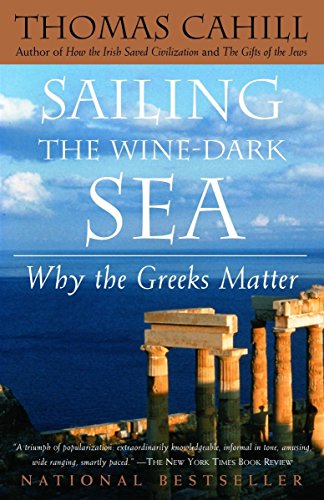 Sailing the Wine-Dark Sea: Why the Greeks Matter (The Hinges of History)
Buy Now

Why the Greeks Matter

How did we become the people we are? What is it in our particular history that's peculiar to the West, that gives us our characteristic ways of thinking and feeling? What makes us different from other peoples?

In Sailing the Wine-Dark Sea: Why the Greeks Matter (Hinges of History), Thomas Cahill shows us how a passion for becoming aristoi (the best), plus a significant amount of luck, produced the culture whose legacy is with us today.

Come and explore the aspects of our language, laws, even our fundamental sensibilities, that are infused with the spirit which defined ancient Greece. A magnificent perspective on the evolution of the Western world.

Lords of the Sea: The Epic Story of the Athenian Navy and the Birth of Democracy
Buy Now

The Athenian Golden Age floated on the great Athenian fleet, making Athens the most powerful polis in Greece in the 5th century BCE. A maritime empire, with the most advanced naval vessels in the eastern Mediterranean.

Author Hale tells us of the intimate connection between Athens' navy and her particular brand of radical democracy and argues that the downfall of that democracy owed much to inefficient leaders.

The world's first democracy ended in disaster because the elected leaders had little to offer except crowd popularity. 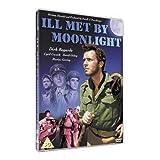 Sir Patrick 'Paddy' Michael Leigh Fermor, most wonderful of writers and most distinguished of men, is just enchanting! I learned of him first in an old film. The 1957 Ill met by Moonlight. It was one of the few films that the nuns allowed schoolgirls to watch.

The place is Occupied Crete. The time is late April of 1944. A trio of English officers kidnap German General Kreipe, the commander of the island. They take him across very rough country to a secluded cove on the far side of the island, where they are picked up and taken to Cairo. Dirk Bogarde plays Paddy and Marius Goring is General Kreipe.

The soundtrack sent me searching for Cretan music.

The title of the film is a quotation from Shakespeare -A Midsummer Night's Dream - and Paddy Fermor is a writer of Shakespearean range. His two books on Greece are enough to make anyone pack their bags and set sail for the lands of Homer. 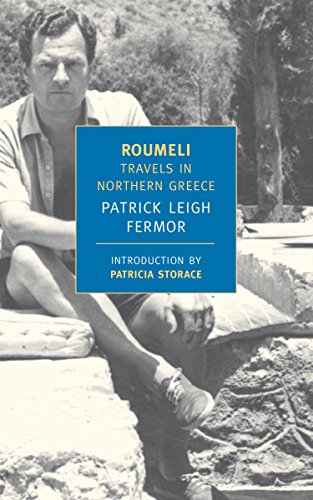 Paddy Fermor is widely regarded as "Britain's greatest living travel writer", but to call his books 'travel books' is do them a serious injustice. His descriptive skills are second to none and his knowledge and use of the English language is marvelous.

He ends "Roumeli" with a prose poem based on Greek place names. Here is a small part of it:

Chalcis is the flurry of the tide, Naxos the boxwood click of a rosary muffled by a nun's skirt; Ossa is a giant's tread, Pelion the beat of centaurs' hoofs through glades of chestnut, Tempe a susurrus of plane trees, and Rhodes a flutter of moths.

Santorini zigzags to the sky at dawn like a lark singing but dies at sunset with the Dies Irae. Komotini is a muezzin's call, Patmos the faraway trumpets of the Apocalypse.

The Dodacenese is a sea-song by twelve sponge-fishers, Antikythera a mermaid forsaken; Skopelos, a lobster's and Poros, a mock-turtle's song, Aegina a tambourine.

The Sporades are the sea's whispers through olive trees.

(And Paddy Leigh Fermor is a treasure and enough to make you swoon.) 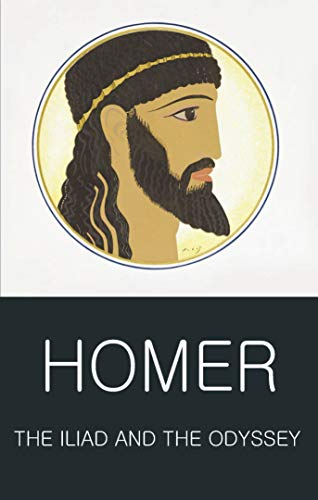 Chapman's Homer - A classic itself

Chapman's translation is one of our cultural icons as English speakers, and all rendered in iambic heptameter!

Keats was so moved by the power of Chapman's Homer that he wrote his sonnet -- "Oft have I traveled in the realms of gold And many goodly states and kingdoms seen...." after spending all night reading Homer with a friend. It reveals more of Keat's passion for poetry than anything else but I love my Chapman anyway. 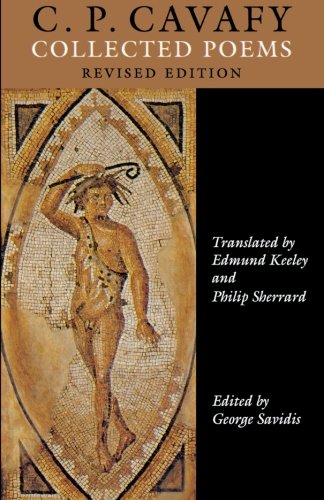 Better if it lasts for years,

so you're old by the time you reach the island,

wealthy with all you've gained on the way,

not expecting Ithaka to make you rich.

Cavafy's poem, Ithaka, is much loved by travelers everywhere. The arrival for him is as nothing compared to the journey.

My old friend, Komninos Konstantinos Zervos, himself a poet, will at times be coaxed to read aloud from Con Cavafy's work and the recitation can be relied upon to bring me to tears. 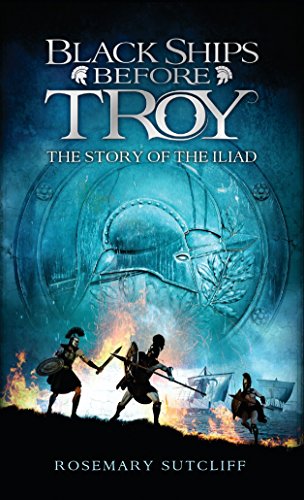 Black Ships Before Troy: The Story of 'The Iliad'
Buy Now

Rosemary Sutcliff is the best, simply the best, re-teller of classic tales for younger readers. Children thoroughly enjoy them and so do countless adults. I certainly do.

She doesn't write down instead she brings a living and breathless account of events which are peopled with familiar characters, familiar to us from our general knowledge of history and myth and familiar as the people we see every day. I wonder sometimes why they are classified as 'books for children', (But children can be pretty bloodthirsty I suppose).

When I saw the 2004 movie, Troy, (very loosely connected to the actual story) the scene with the thousands of black ships instantly hit me as pure Sutcliff.