Will She Find the Truth?

A wonderful book series for young adults and adults alike, The Truth series is a fun fantasy romp from Dawn Cook, also known as Kim Harrison.

It follows the journey of Alissa as she learns who she is and how to control her magic, all while solving mysteries and crimes in the world around her.

Watch this video to listen to someone reading a little bit of First Truth, the first book in the Truth series.

This book series is wonderful for young adults and older adults as well. It's a written to appeal to everyone over the age of 10 or so.

First Truth is the first book in the Truth series.

Alissa grew up with stories from her father, until he disappeared when she was five and she was left alone with her mother. Then one day she is told she has to journey to the place of her father's tales, a place of magic called the Hold. First Truth is the tale of Alissa's trip to a place she isn't even sure exists. 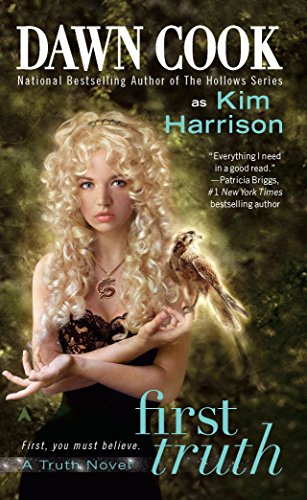 First Truth (Truth, Book 1)
Excerpt from the book: The first faint stirrings of panic began to swirl through Alissa, and she swallowed hard. "This is ridiculous. I'm not going." She felt her throat catch. "If you don't want me anymore, I--I'll leave, but don't expect me to believe this!" Her mother's eyes grew wide. "Of course I don't want you to go, but you belong to the Hold. For almost twenty years you were mine, but look at you."
Buy Now

Hidden Truth is the second book in the truth series.

Alissa is developing her magical powers in this, the second book in the Truth series. The evil Keeper Bailic is still causing problems though, and seems to think Strell is the solution to his problem. Can Alissa learn enough magic in time to save Strell and herself? 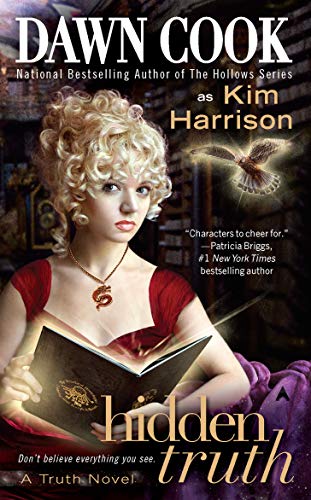 Hidden Truth (Truth, Book 2)
Excerpt from the book: Alissa crept up the stairway, her skirts gripped tightly in her fists. Gaze fixed upon the landing, she felt for each step, easing herself up in what she hoped looked like casual disinterest. This was not a good idea, she thought. She had been making Bailic's meals all winter and knew risking his attention was asking for trouble. Taking a slow breath, she hesitated, the opposing feelings of curiosity and common sense teetering in her. Pulse quickening, she resumed her upward motion. Curiosity won. Not that that was a surprise, she admitted.
Buy Now

Forgotten Truth is the third book in the truth series.

When Alissa accidentally travels back in time 400 years, she sees the Hold as it was then, filled with the people and places of that time. She also has to deal with a new problem, preventing herself from turning into a beast full-time. 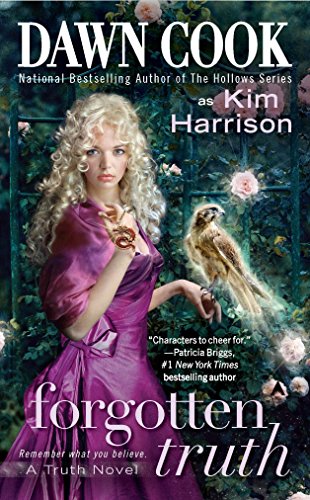 Forgotten Truth (Truth, Book 3)
Excerpt from the book: Alissa's long tail made an exasperated twitch. She was sure Beast had done it. Alissa wouldn't have minded, but it shifted their momentum, and Alissa gasped. Beast said nothing as she impatiently abandoned this pass and angled Alissa back to the forest. Beside her came a faint chitter as Talon, Alissa's pet kestrel, protested at the sharp shift of direction.
Buy Now

Lost Truth is the fourth book in the truth series.

In this, what some consider the best and last of the Truth series, Alissa heads to a distant land where she finds other Masters, and trouble. Will she finally decide between the two men? Will she solve the mystery surrounding the Masters? And will she stay alive to savor any knowledge that she finds? 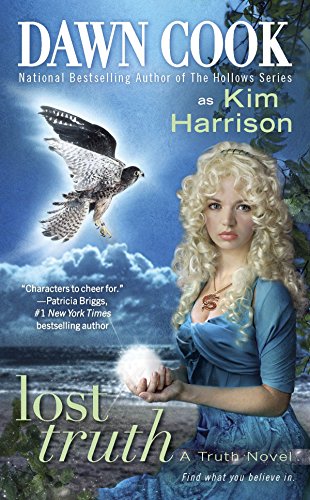 Lost Truth (Truth, Book 4)
Excerpt from this book: This morning, before the stars had vanished, she had flown across the mountains to her mother's abandoned farm in the foothills with the excuse of gathering eggs from the chickens that remained there. In truth, she was seeing if the snow was gone and all the passes were open. They were, thrilling her to no end. Now perhaps she could convince Useless to let her leave and find her mother.
Buy Now

The Truth book series makes a great gift for tween and teen girls. Do you know one who deserves a special gift or has a birthday coming up? You could also get your Christmas gifts early.

In this interview, author of the Truth and The Hollows book series, Dawn Cook, also known as Kim Harrison, talks about becoming a writer and publishing her first books. Writing isn't easy, it takes time and patience and practice, but you can't become a writer if you don't keep writing. 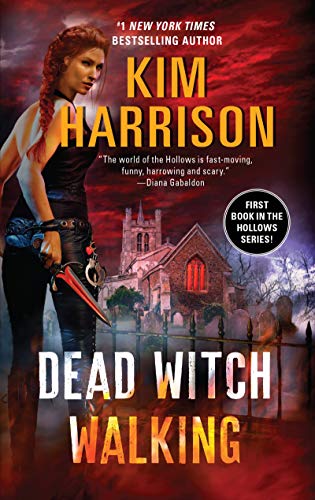 Get Another Series by Kim Harrison / Dawn Cook

Dawn Cook, the writer of The Truth Series, is also known as Kim Harrison.

Under the Kim Harrison name she writes The Hollows series, an adult paranormal fantasy book series for adults.

There are 13 books in The Hollows series, plus 2 graphic novels, several short stories, and even a guide to The Hollows world.

Have you read The Truth series? Want to read it? Like it, love it? Leave a comment down below and let us know :)