Triumph & Tragedy in Formula One: The Memoirs of Sid Watkins

Travel the Grand Prix circuit worldwide with the Formula One doctor

My dad was a motorsport man. He rallied cars and embarked on many dangerous endurance trips that could have been fatal. But he never entertained the idea of serious circuit racing.

This was back in the sixties and early seventies and when I asked him why, he said 'I have a family. Circuit racing is too dangerous.' And in those days, it was.

It's brutal thing to say - but it's true - that in the three decades after the Second World War it was 'normal' for Formula One to suffer at least one fatality every season, if not more.Sir Jackie Stewart, a huge campaigner for motorsport safety,says that in his driving days, one driver in every three would survive.

But by the 1970s, the authorities and the drivers realised that this didn't have to happen and it was high time that something was done. One of the best moves was appointing Dr. Sid Watkins as the permanent medical man who travelled the world with the racing series.

He was appointed in 1978 by boss, Bernie Ecclestone. In this fascinating book he tells us about his years in the sport. The book's title 'Life at the Limit' is apt.

Life At The Limit: Triumph and Tragedy in Formula One
Buy Now

However, don't get the impression that this is a gloomy book, full of tragedies and disasters. True, they are there - anyone who knows about Formula One realises that Watkins was first on the scene when his close friend Ayrton Senna lost his life on May 1st, 1994 - but the book is a lot of fun too.

As they travel the world, the Formula One teams and drivers have to let off steam and find fun during their high-pressured racing season. Watkins describes their pranks and practical jokes with glee.

He obviously loved the people he worked with and loved the racing world. He doesn't have a harsh word to say about anyone as he takes us into the exciting world of another era.

It was Bernie Ecclestone who recruited Sid to be the Formula One doctor. In doing so, he made considerable strides towards improving the safety of F1 and motorsport in general. 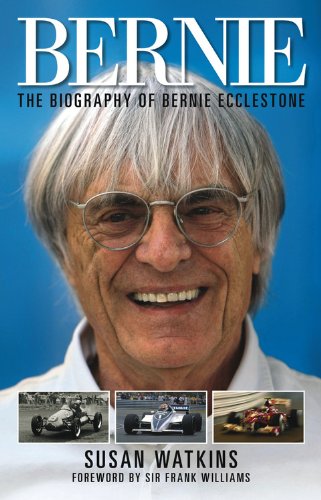 Bernie: The Biography of Bernie Ecclestone
These days, Bernie Ecclestone is described as the 'supremo' of Formula One. Some think he is a comical figure when this diminutive, be-wigged (I suspect) chap walks down the pit lane.But he is a remarkably astute man who cares enormously about the people who make up the sport. Note that this book was written by the now-widow of Sid Watkins.
Buy Now

The video below was made as a tribute when Dr Sid Watkins died in 2012. It is narrated by another motorsport legend.

You'll also see comments by Mark Webber, Jenson Button and yet another legend of the sport, Michael Schumacher.(#keepfightingmichael) 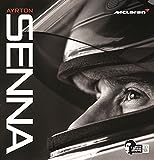 Senna
A book about the finest by one of the greatest motorsport journalists, this can't fail.Made available from the twentieth anniversary of the accident that took his life, Senna is portrayed as not just a great racing driver but a caring and sensitive human being. This is a great gift idea for any Formula One fan of any age.
Buy Now

Shunt
I recently wrote a full review about this wonderful biography of James Hunt. Sid Watkins describes him as being enormous fun and it's easy to imagine that's correct. Sid became close friends with many drivers; James being one. I recommend this book heartily.
Buy Now

Sid Watkins describes a conversation he had with Ayrton Senna on the morning of 1st. May, 1994.

Ayrton Senna's mechanics and team will most probably have been the last people to speak to the driver before his fatal drive.

But Dr Sid Watkins was probably the personal who had the most meaningful conversation that May morning.

Sid Watkins worked with, and cared for, the legends of motorsport. He has now become a legend in his own right.